Hoopoe in the Kaiserstuhl and empty Black Forest Quarries

I'm getting behind in my blog. That's what happens when you go birding and botanizing all day, visit with friends you haven't seen in 20 years, and then catch a debilitating cold.

These photos are from three days ago already, when I took a hike around the Ihringen part of the Kaiserstuhl with my friends Uwe and Michael. 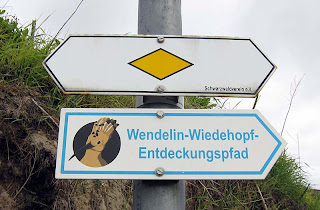 The Kaiserstuhl is an isolated range of hills that break up the otherwise flat upper Rhein Valley. The main massif is of ancient, extinct volcano cores, with loess deposits heaped up all over. It's known as one of the warmest and driest regions of Germany and is home to a small population of Hoopoes and several colonies of European Bee-eaters. The bee-eaters aren't in yet, but we did see one Hoopoe. The area, like much of SW Germany is dominated by vineyards. This is a shot looking southeastward across the Rhein valley towards the southern Black Forest. 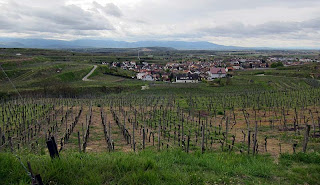 Besides the Hoopoe, we also saw a couple Stonechats. All bird photos here are digibinned, so please excuse the poor quality. 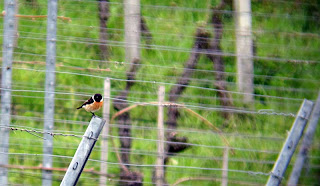 Eurasian Jay is always a nice bird to see, with its lovely blue wing coverts. This one was half of a pair gathering twigs for their nest. 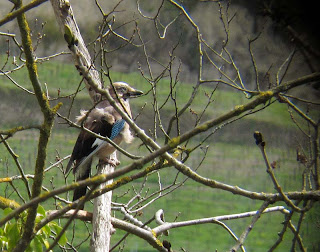 It's been a very cold April, so many wildflowers are rather late. This is Common Pasqueflower, Pulsatilla vulgaris, related to anemones. 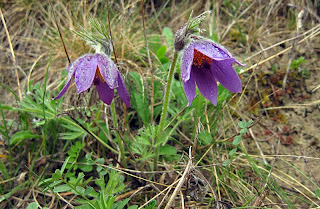 This interesting flower is Greater Celindine, Chelidonium majus, a member of the poppy family. It's notable for its yellow sap, recalling the tropical shrubby Bocconia, also known as celandine in Jamaica. 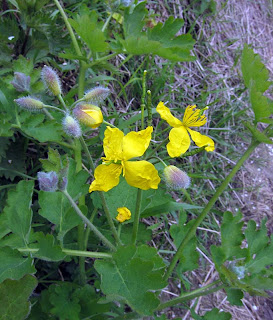 In the vineyards we came across a small cluster of this morel, Morchella rotunda. 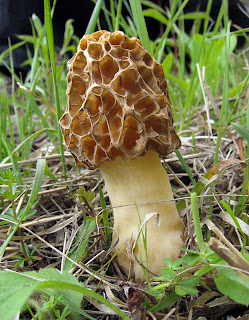 On our return we came across a pair of Wrynecks that did not cooperate for a photo, but as we reentered the town of Ihringen, a garden dwarf stood still enough for a quick photo. 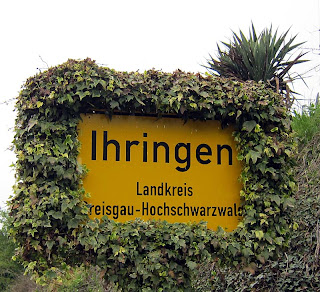 After saying goodbye to Uwe, Michael and I continued to the western part of the Kaiserstuhl where we took another short walk, finding Tree Pipit, Black Woodpecker, and Middle Spotted Woodpecker. The latter two I had not seen in 21 years.

This area also had a few nice wildflowers, such as this Cypress Spurge, Euphorbia cyparissias. 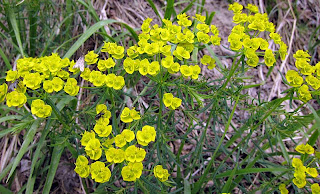 This is a Wood Spurge, Euphorbia amygdaloides. 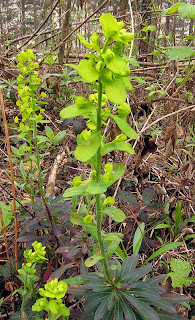 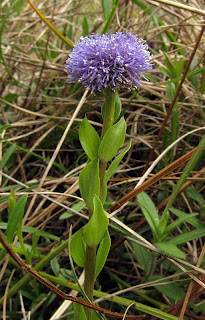 And this is a Potentilla sp., a confusing genus that doesn't allow easy ID from photos alone. 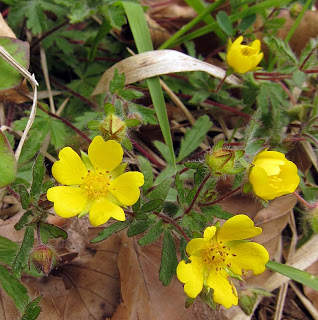 We also saw one butterfly, despite the cold. This is a Wood White, Leptidea sinapis. 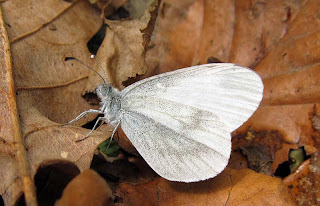 Michael then drove us northeast to the foothills of the central Black Forest near Lahr, where we poked our noses into three different quarries where Eurasian Eagle-Owls have nested in past years. No luck this time for this potential lifer. 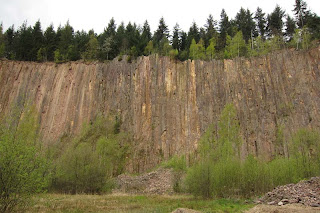 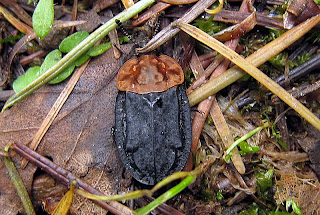 Before heading to Michael's home in Meißenheim, we took a short walk through picturesque and historic Gengenbach and stopped for some delicious gelato. 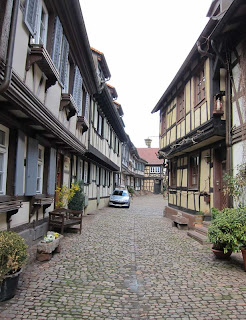 Posted by Birdernaturalist at 2:28 AM