Lots of Lizards in Tucson 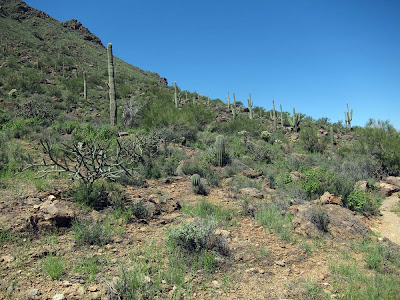 Earlier this week my friend Beth and I took a short hike in the Tucson Mountains hoping to see Sonoran Collared Lizard. We dipped on it (birding term for missing a target species), but we still saw lots of other lizards and cool stuff.

The Common Collared Lizard was split into several species a few years ago, and two of the species come very close together here in Tucson, the Santa Cruz River valley separating their two ranges, though the Arizona-Sonora Desert Museum website maintains the antiquated taxonomy. Another photo from the Tucson Mountains can be seen here.

Instead, one of the first things we saw was this gorgeous Zebra-tailed Lizard. 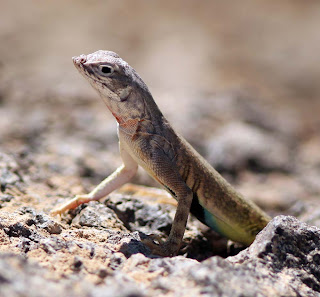 A little further up the trail we interrupted two Sonoran Spotted Whiptails who had been interacting. 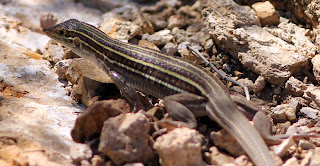 At the top of the David Yetman trail, an Elegant Earless Lizard posed for us. This one was a lifer for Beth. 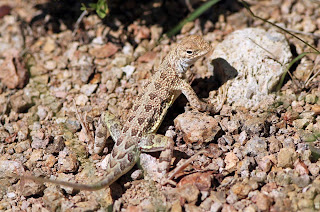 Finally, in exactly the area where we hoped to see the collared lizard we instead found a Clark's Spiny-Lizard. This species is typical of the oak woodlands, but here there are no oaks – only cactus and palo verde. 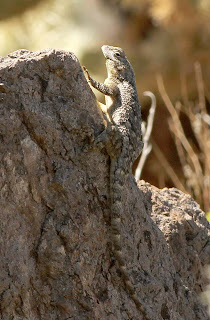 There were some nice flowers, and I particularly like the various sandmats in the former genus Euphorbia. This is the Chiricahua Mountain Sandmat, Chamaesyce florida. 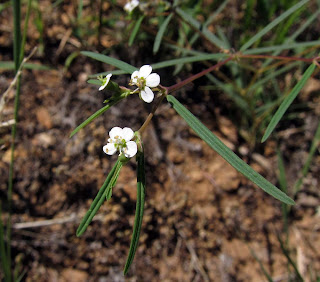 And this really awesome looking insect is the tiny hunting wasp Dryudella caerulea. It kept coming back to the same patrolling spot on a small rock on the side of the trail. 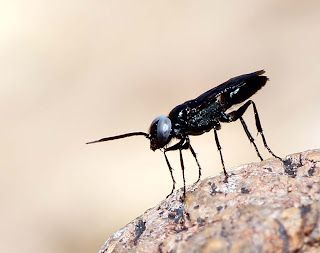 Posted by Birdernaturalist at 5:09 PM