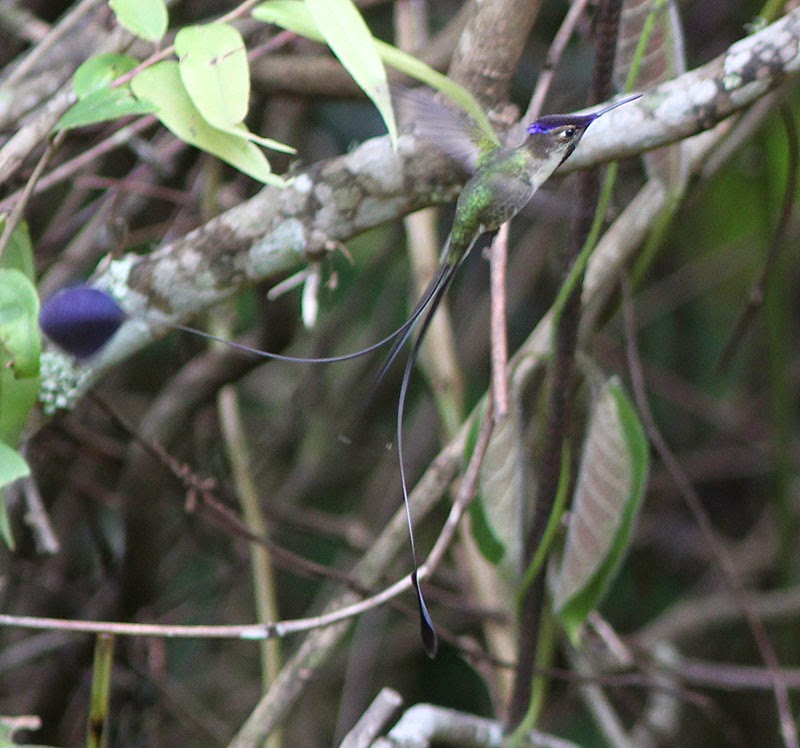 On my northern Peru tour this past February, one of the target birds that everyone knew about and really wanted to see was this Marvelous Spatuletail. It really is one of the most amazing hummingbirds. It’s now quite easy to see at the Huembo Center feeders about an hour west of the Owlet Lodge.

The feeders here had a good variety and were quite a bit different than at the Owlet Lodge (though since my last visit, the bossy Chestnut-breasted Coronets had increased here, perhaps a seasonal thing). This was the only place we had the White-bellied Woodstar, and all we saw here were males. 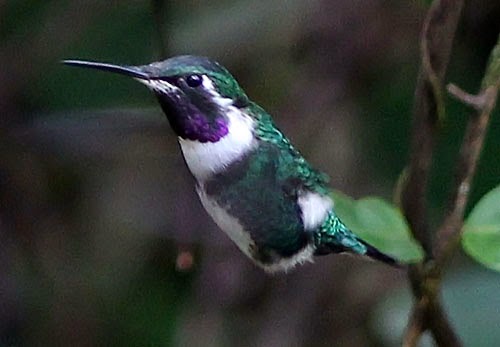 On the other hand, most, if not all of the female woodstars we saw here were Little Woodstar, only a little shorter-tailed than White-bellied, but distinctively rufousy throughout. (At the end of the tour, a male Little Woodstar was at the porterweed hedge at Waqanki). 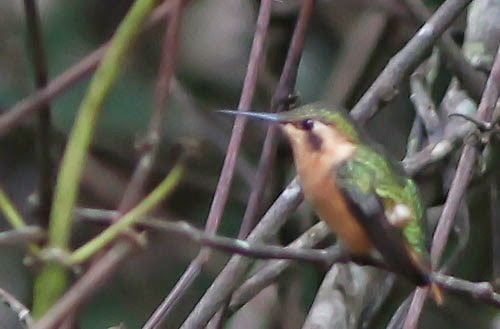 While the Huembo feeders have been around for a few years, a 20 minute drive in the opposite direction from the Owlet Lodge is another bank of feeders that has been up and running for just a few months. It’s called Fundo Alto Nieva.

The stunted plant growth on sandy soils here harbors the right mix of ericaceous and melastomataceous plants for a couple species of hummingbirds that have a very patchy and localized distribution, and which have never been seen at feeders before. The most beautiful one is the all-blue Royal Sunangel (the green highlights on the left bird may be remnants of immature plumage or just the angle of the light).

The other species I saw at feeders here for the first time is this Greenish Puffleg, so little known that the available pictures in the field guides look nothing like the real thing. 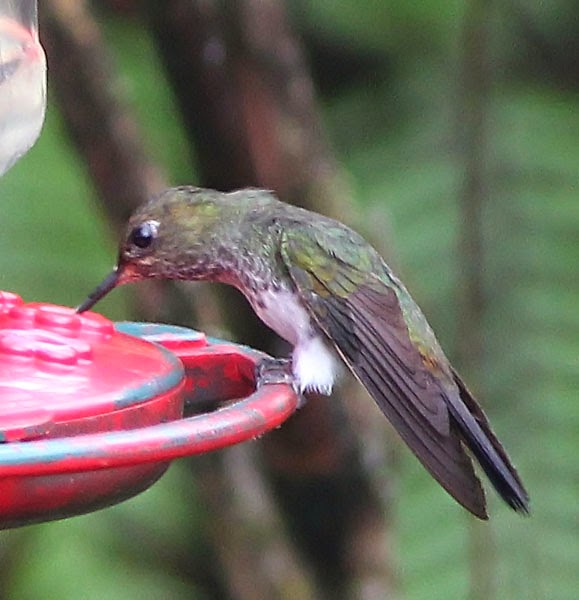 We saw two other species at these feeders, this female Booted Racket-tail... 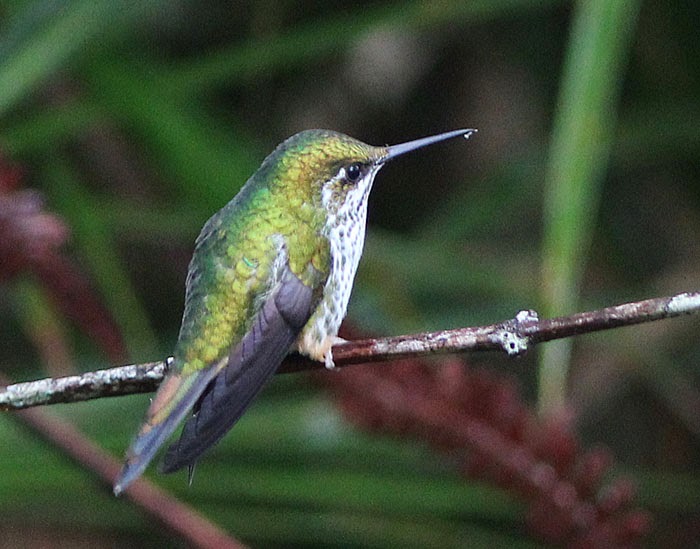 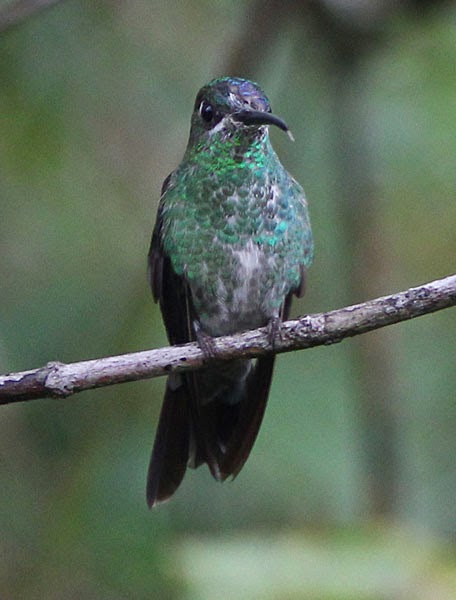 The two guys running the simple station here are Kenny on the left, a very good birder who has done bird surveys for others in the region, and Wilmer on the right, the younger brother of Santos who runs the Huembo center for the Marvelous Spatuletail. Both of these guys know their birds well. 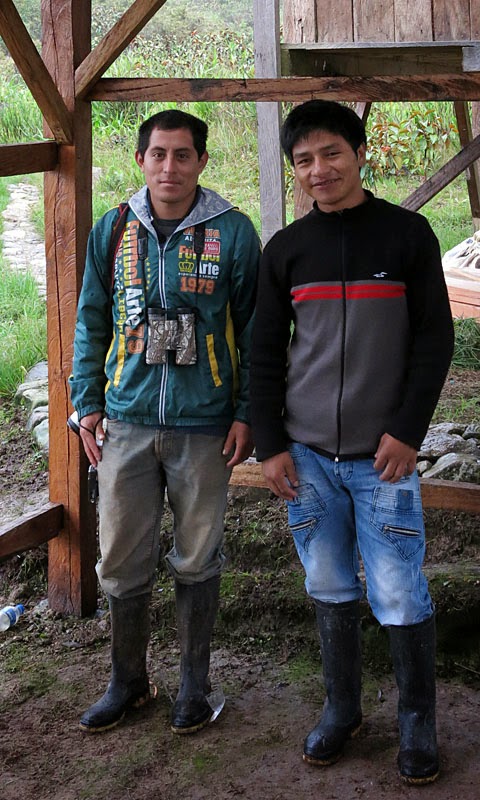 The other bird that this new Alto Nieva site is now famous for is the Long-whiskered Owlet. It’s a fairly easy 1-km hike up a trail to a couple of territories, about doubling the total number of this tiny owl reachable by birders. We finally saw one on our fourth try and final night, surely a result of the poor weather (raining much of the night) early on in our stay.

My next tour to this area is already set for February 19-28, 2015, with just five or six spaces left. I'm looking forward to it!
Posted by Birdernaturalist at 11:04 AM