Packing It In At Home

With just over two weeks at home in Tucson, I packed in quite a few activities before heading for a three-week trip to Ecuador and Peru – dinner with friends, a couple birding outings, working in the garden, and even a quick jaunt to Utah to visit family.

One of the local outings was to Finger Rock Canyon on the northern edge of Tucson for my friend Kim’s twelve-year-old daughter Dawn, who is uncommonly keen about bugs for a pre-teen girl. I enlisted the help of my friend Margarethe Brummermann, who really knows her bugs, to help encourage Dawn’s interest by taking her out on her first bugging walk. It was pretty dry and hot, there was not a ton of activity, and like any girl her age she often got bored and impatient. But when we found something, Dawn was energized. Here she is with a Mexican Bush Katydid. 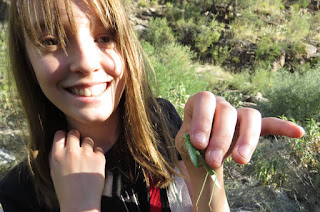 She had an amazing eye for spotting little things, such as this tiny nymph of what Margarethe suspected was a plant bug. 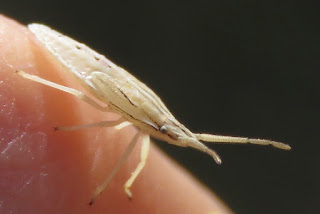 There were plenty of fascinating bees and wasps finding nectar at blooming dodder and a buckwheat plant, but Dawn was afraid of them – while dashing after to grab grasshoppers and almost any other bug. She waited impatiently for me to take photos of these grasshoppers, which she is still learning how to hold without letting them slip away. 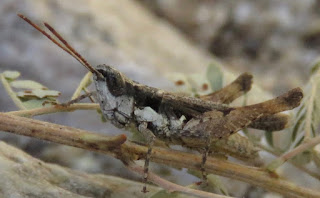 It was a lovely area in any event. Here’s looking upcanyon towards the namesake and then downcanyon over Tucson. 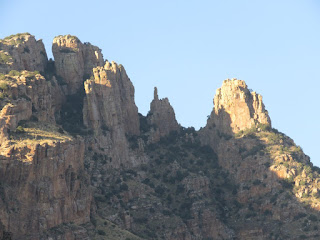 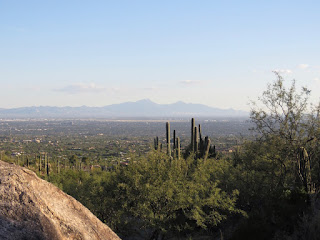 I also had a great morning of birding, the first I’ve done in Arizona since the Pine Flycatcher in early June, with my friends Keith and Patty along the Santa Cruz River just south of Tumacacori. We found a Black-and-white Warbler, of which I got a lousy photo. 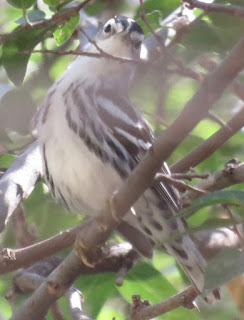 With it was a trio of vireos: Huttons’, Cassin’s, and this Plumbeous. 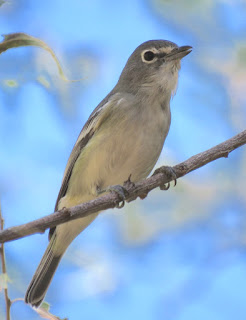 We saw many other great birds (Gray Hawk, Painted and Varied Buntings), but as we walked down the stream bed (in rubber boots), I got distracted by the diversity of odonates – at least six species of damselflies and two dragonflies were present at once, and I got photos of the following: 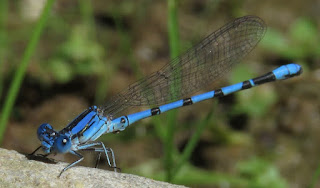 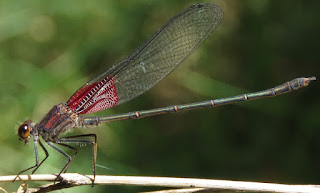 A lifer for me was this Copaeodes minima, Southern Skipperling, which used to be only very rare in the state but has apparently staged an invasion the past couple of years near the border. From reports I could find online, this might be the farthest north so far though. 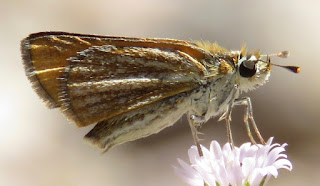 My trip to Utah was spurred by the birth of my neice Cherice’s baby this past February, whom I hadn’t met yet. This happy, amazingly adorable cherub, looking like a China doll even in real life is Bentley Eolah Erkkila, my sister’s fifth grandchild. 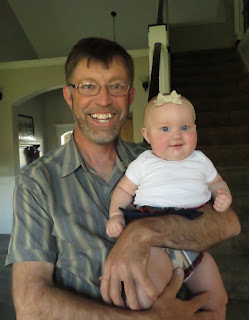 It was good to see the whole family, here my sister, her husband, and their five daughters. The other four grandkids were playing around the house. 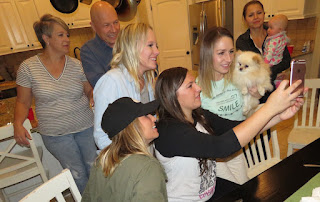 I also visited my brother and his family, and failed to get any photos there, except for the morning I went out birding at Farmington Bay the day before the weather was supposed to get bad. I found a Lesser Black-backed Gull there (the larger, darker gull with yellow legs; the others are California Gulls), which wasn’t quite as rare as I had thought. Ten years ago it would have had all the state listers there in a flash, but now they expect two or three each year.

I still have to spend time looking up most grasshoppers I find, but this one I recognized right away, Melanoplus differentialis, Differential Grasshopper, based on those distinctive black herringbone marks on the femur. 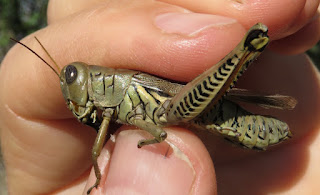 Speaking of grasshoppers, while running errands at home, I often bike though a neighborhood about 1/2 mile south of me we call the “dirt road neighborhood.” Parcels are several acres, one-story houses are set well off the roads, and the habitat is largely the original cactus and creosote bush desert scrub that once covered countless square miles of the valley here. It’s now an extremely rare island in the urban sprawl filled with introduced Mediterranean, South African, and Australian plants. Every time I passed through here on my bicycle (remember, I don’t own a car), I heard a distinctive clicking I didn’t recognize, and I finally stopped once and found a few of these small grasshoppers holding territories in individual creosote bushes (Larrea divaricata var. tridentata). It didn’t take too much time to find that they are Ligurotettix coquilletti, the Desert Clicker Grasshopper. 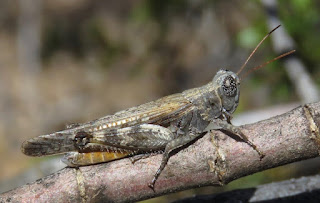 They were easy to approach and find, continuing to click at close quarters, unlike most insects that stop at the first sign of danger. If you get too close, these little orthopterans do hop and fly, but unlike most grasshoppers, they are lightning fast and land with the precision of a fly on a tiny twig on the opposite side of the bush. I had never seen anything like it in a grasshopper, some of which bonk into trees or land in rivers in their typically random escape methods. These then begin clicking again within a minute, certain of their ability to evade the next predatory attempt. It took me several tries of catching one before I got one for closer photos of the entire bug. I returned later with my camera, tripod, and sound recording equipment (a Sennheiser ME67 microphone and Olympus LS14 digital recorder), and made this video. The camera does record sound with the video, but it’s not very good, so I learned to use iMovie to replace the camera’s video sound with the file I made with my superior recording equipment. I was rather pleased with the outcome. 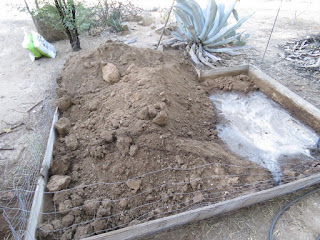 Posted by Birdernaturalist at 1:25 PM