2019 In Review – April in Florida, Jamaica, Tucson, and Peru

April of last year saw me leading two tours, but before I set off for Jamaica, I built in a layover to visit my older brother and his family in North Fort Myers. Randy and Michelle have a large yard in the country, and since they are close to a nature reserve, there is quite a good diversity of plants, insects, and birds in their yard. One of Florida’s insects that gives it such a tropical feel is the White Peacock, Anartia jatrophae. I see this insect on almost every one of my tours in the tropics, but it’s only a rare vagrant in Arizona. 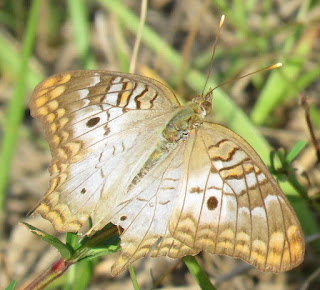 The primary purpose of the layover was to spend time with family, and that included my niece and her son. This is he and his grandma, my sister-in-law, after our visit to the farmer’s market in Fort Myers. 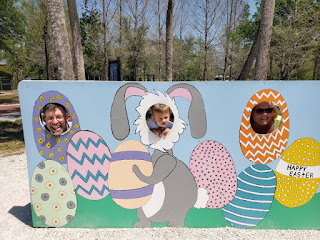 I’ve lost count how many tours I’ve led to Jamaica, but I don’t tire of it. It’s a lovely country, with really nice people, and still lots of birds. It’s rare that I see any new birds here (rare migrants and vagrants are the only possibilities), but being here just one week a year means I still enjoy seeing the endemics such as this Jamaican Lizard-Cuckoo. 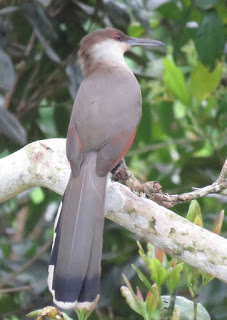 I’m constantly learning more about the other nature on the island. I’ve seen this passionflower
Passiflora tacsonioides, only a couple times before, but I hadn’t photographed it in 12 years. It seems to be an uncommon endemic in the Cockpit Country’s unique limestone karsts. 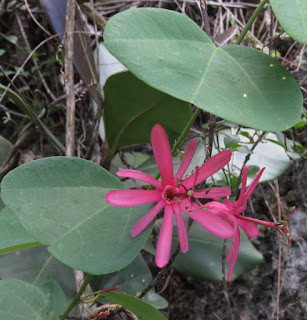 After my successful tour in Jamaica, I had only three full days in Tucson. On the middle afternoon, my friend Keith Kamper and I went to Puerto Canyon (where I went last month) hoping for Buff-collared Nightjar. The habitat here is perfect, but it’s a small piece of it and far removed from any other patch. 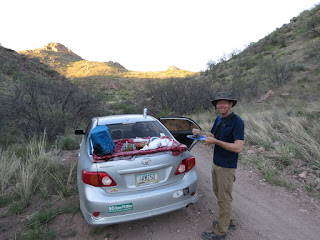 We didn’t find any, but it wouldn’t surprise me to hear of a report from here in the future. It’s right in the center of a triangle formed by the bulk of records in the USA from the canyons in the Atascosa, Santa Rita, and Baboquivari mountain ranges.

With very little prompt we had great views of this pair of Western Screech-Owls. 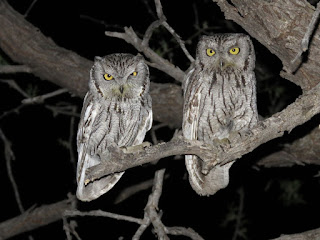 The rest of April was occupied by a private tour to the Tambopata River of SE Peru with my frequent client Susanne Sourell, who actually teaches me about fungi while I’m her guide for birds and all other aspects of natural history. She’s trained my eyes well to search for all manner of tiny, unassuming fungi, especially the entomopathogenic members of the family Cordycipitaceae, popularly known as “zombie fungi.” The most amazing one I found was this Akanthomyces sp. that had infected and killed this large caterpillar, presumably a saturniid. 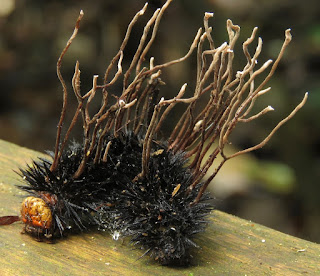 Besides the amazing birds and some really cool snakes, my favorite find of the two-week trip was actually a mammal: this Spix’s Disk-winged Bat, Thyroptera tricolor. I first read about it years ago in a Costa Rica field guide and ever since have made it a habit to peer into furled up leaves of heliconias and prayer plants – hundreds of them, always empty. Except this time, and I literally squealed and jumped for joy, to Susanne’s befuddlement, until I showed her what I had found. Its thumbs really are modified to form perfect suction cups so it can cling to the smooth leaf surface when roosting. 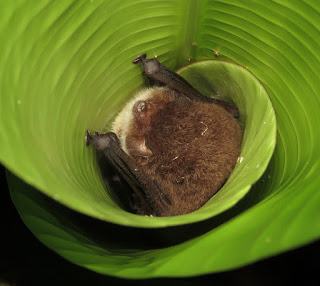 Posted by Birdernaturalist at 10:18 AM