A Murmuration of Ring-billed Gulls and Hybrid Ducks

This blog post is a bit out-of-date, but I’m still gobsmacked every time I watch my short video. Monday, January 11 was my last day with a rental car, so I decided to explore the Willamette Valley of north-central Lane County and the Willamette River landing parks north to the Linn and Benton County borders. I was just into Linn County, south of Harrisburg when I spied a field full of gulls. I was about to start sifting through them to ID them all when they took off and appeared to be avoiding a predator. They formed a murmuration, which until now I had only seen in European Starlings, Dunlin, and Yellow-headed Blackbirds. When they finally landed again, I determined that they were at least 90% Ring-billed Gull, the rest Mew Gull, and the total came to about 3700 birds. I posted this video to Facebook and it also seemed to surprise a lot of my birding friends that gulls would do this. 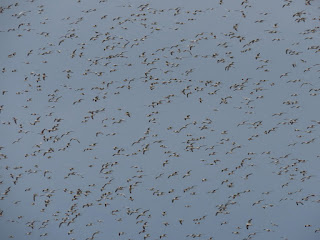 Back on the west side of the river, I stopped to check Brown Landing park, where I found this Orange-crowned Warbler, the fourth one I’d seen this year so far. It seems to be a very good winter for this species, most wintering well south of us. 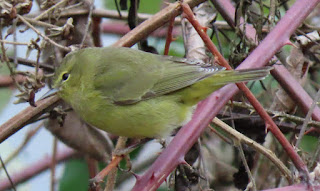 I also stopped to check a wetland west of Junction City that seems to be a private duck reserve. It’s basically a flooded field full of Northern Pintail, and the hedgerow along the ditch makes it nearly impossible to see into. So some of my birding was right along the road where I saw this Swamp Sparrow and heard a second one, a rare species in much of Oregon. 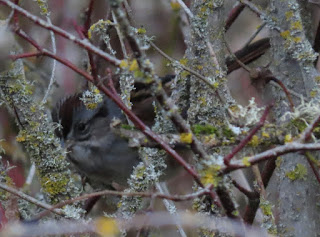 Much more cooperative was this Marsh Wren. 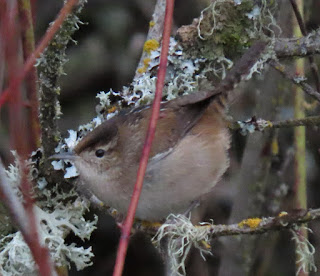 At one of the very few spots I could peer over the bushes and see the pond, I found this strange duck that appears to be an American Wigeon x Mallard hybrid. 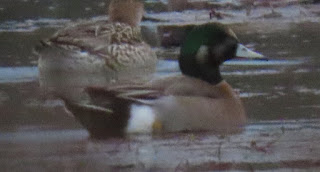 Just three days later, I biked to another flooded field with large numbers of ducks just 20 minutes northwest of me and found another hybrid duck. This one is clearly at least half Green-winged Teal, and the other parent (or perhaps a grandparent) is probably Northern Pintail. I know I’ve seen a few hybrid ducks before (though I have none in my photo library), but I don’t exactly remember ever finding one, let alone two in one week. 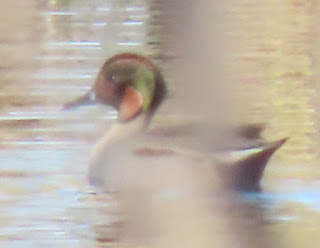 Posted by Birdernaturalist at 11:12 AM