There are pine-oak forests in mountains just an hour east of Tuxtla Gutierrez, and the birds that inhabit them are our goal for today. Steve found a nice patch of habitat on his pre-tour scouting down a little-traveled side road. 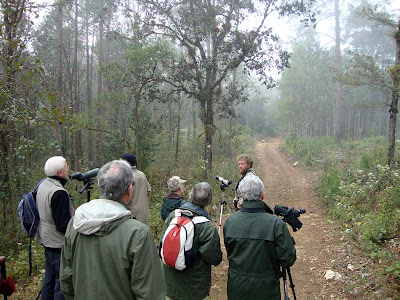 One of the main target birds here was Pink-headed Warbler. They were rather shy, but we did come across at least three pairs of this amazing bird. A complete frosty pink hood on an other wise all red bird is such an improbable mix of colors. It was one of my most wanted birds. Other fine birds we saw today were Blue-throated Motmot, Unicolored Jay, Yellow-backed Oriole, Rufous-browed Wren, and Spot-crowned Woodcreeper.

Another bird we wanted to find was the local subspecies of Northern Pygmy-Owl, found only in Chiapas, Guatemala, and Honduras. It has been seen by very few birders and its voice was unknown until a few years ago. One finally responded to our whistles and came in to the pine trees high overhead. 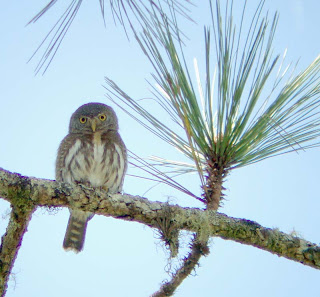 It turns out that this form (Glaucidium gnoma cobanense) is the most visually distinctive of the Northern Pygmy-Owl complex, and its voice is utterly different from any other. In other words, there is no reason at all for it to be considered a subspecies of any other pymgy-owl taxon and should have its own name, Glaucidium cobanense. Rather than think of it as a split, simply consider that the museum ornithologist who lumped it made a very bad mistake based on nothing more than fragmentary information.

As usual, it's easier to get quick butterfly and plant photos rather than bird photos when leading a birding tour, but we didn't really spend much time looking at them. 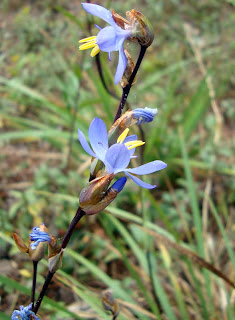 A tiny Fuchsia species – the flower is about 1/4 inch long. 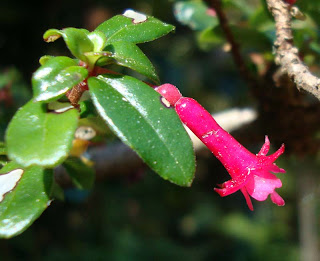 One of the most distinctive features of this forest was the density of epiphytic bromeliads. Here's one tree with several bromeliads at eye level. 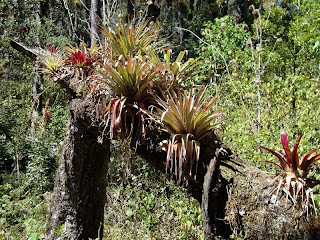 The pendulant inflorescence on this bromeliad struck me as highly unusual. 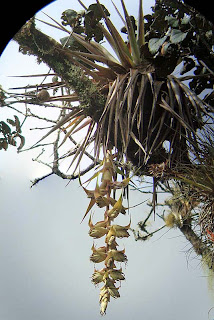 This bromeliad is blooming, the purple flowers sticking out between the red bracts of the inflorescence. 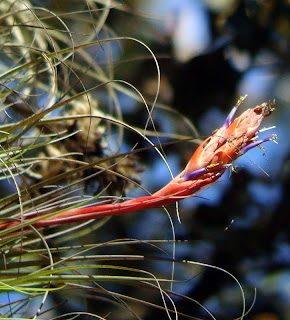 Posted by Birdernaturalist at 8:47 PM