I've gotten way behind in my blogging – too much fun, too much real experience, and not enough time online. I'm not complaining.

I'll just start where I left off with my month-long vacation visiting friends in Europe, though I'm now home and putting the last touches on my shopping list and recipe book for the Gambell cooking job I'm doing week after next.

After visiting Marco and Frank in Oldenburg, I made my way to Brussels to visit fellow birding tour guide Stephen Boddington. The train took me across the entire nation of The Netherlands, where I had to change trains in Groningen, Utrecht, and Rotterdam. The latter has a particularly striking, and not very bird-friendly, skyline from the main train station. 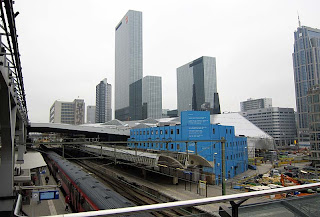 Stephen and I birded two different sites in Belgium, did some touring of the city center, had a drink with a friend of his at a pub that had a listing of maybe a hundred beers, and walked through the rare opening of the royal greenhouses.

We started with a local hotspot in a Brussels suburb called Mechelen, taking the train and walking to the Mechels Broek from there. A lake, wet fields, hedgerows, and scattered trees make this a very good local patch for birders with only a couple hours to spare. Our highlight here today was a group of migrant Black Terns over the main lake, but a nice assortment of shorebirds – Common Sandpiper, Common Redshank, Greenshank, Wood Sandpiper, and Green Sandpiper – was also a treat. A new phenomenon for me was the mating swarms of this unusual moth, the Green Longhgorn, Adela reaumurella. I had never seen a moth with such long antennae, making me think at first that they were trichopterans. 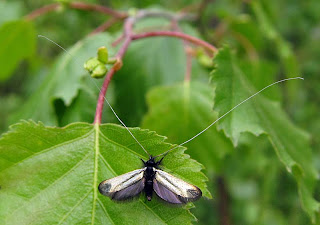 Our non-birding interlude in Brussels included the city's most famous tourist attraction, the tiny statue known as Manneken Pis, the "Little Man Pee." There is apparently crowd of tourists around it at all times, though I had never even heard of it before. 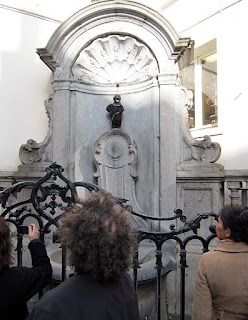 We did include some birding, such as the pair of Stock Doves that Stephen had found in the main park as well as the breeding pair of peregrines in this church tower. We saw the female come in and land briefly above the nest, and the chicks are visible with the cam that is broadcast on tv screens in a trailer parked on the street below. Two interpreters are employed full time to talk about the birds with curious passers-by. 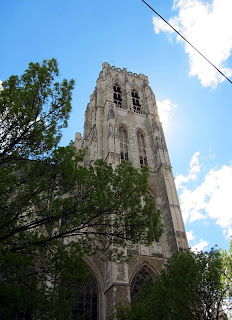 We also took advantage of the brief annual opening of the royal greenhouses in the N part of the city. Lots of palms, ferns, and fuchsias. The King apparently likes pink. 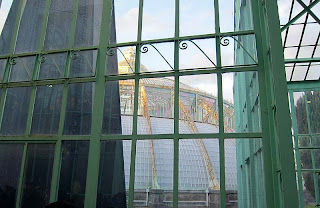 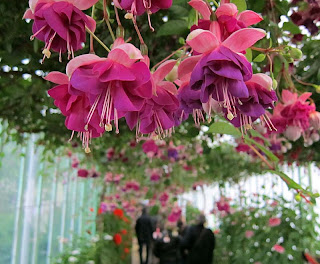 Finally, we got in a good, full day of birding on the coast near Brugge and hit it just right with conditions for a superbly visible landbird migration. Stephen wrote about it already on his Belgian Birding Blog.

We started off on the top of the dike with town and farm fields to the southeast and the North Sea (near where it meets the English Channel) to the northwest. Here we saw flocks of swallows, swifts, pipits, and wagtails winging their way north (forced to head northeast by the coastline), with top highlights going to a Common Redstart, an Osprey, and a Ring Ouzel. Two Eurasian Jays flying very high were behaving like migrants, though local birds are probably resident. 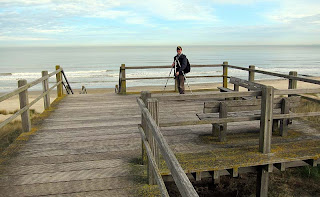 We then covered the green, wet, and plowed fields behind the town of Blankenberge, a wildlife area called the Uitkerkse Polder. 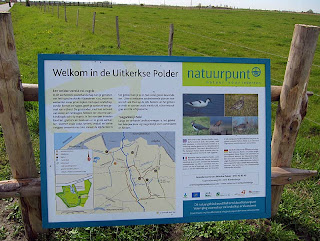 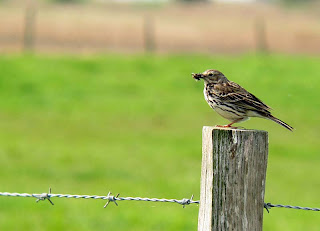 The plowed fields were full of three kinds of Western Yellow Wagtails, Northern Wheaters, and a few Whinchats. I always enjoy watching Jackdaws, a very cute corvid that most Europeans take for granted. We just don't have anything like it in North America, though I once heard a distinctive single call note from the middle of a huge flock of American Crows going to a roost at Sauvie Island, Oregon. I could have just shrugged it off as a hallucination if it hadn't been also heard by my friend Hendrik who also picked the sound out of the more raucous crows. But we never saw anything and I will always only wonder if we actually heard a Jackdaw. 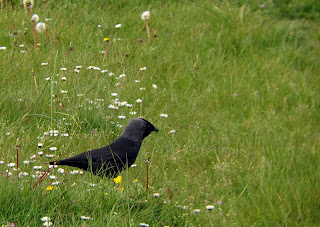 Other shorebirds in the wet fields included several Eurasian Oystercatchers and this lingering European Golden-Plover. 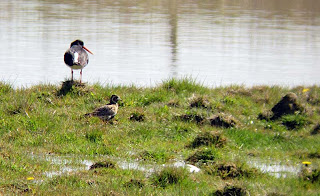 In just a day and a half of birding, we had managed to get to 99 species for my first trip ever to this country. I'll have to return.
Posted by Birdernaturalist at 5:51 PM