Ostfriesland: The Northwestern-most Corner of Germany

The next stop on my whirlwind tour of seeing long-lost friends was in the far NW of Germany, in the land where Plattdeutsch is spoken. I didn't get a chance to hear it (and I wouldn't have understood it anyway), but it was the first time I heard the greeting "Moin" used when entering a store. Only in this part of Germany do they say this.

My friends Marco and Frank treated me to a full day of birding at some seasonally flooded fields and a couple nature reservers near Oldenburg and then to a wildlife area on the coast right up next to the border with The Netherlands. 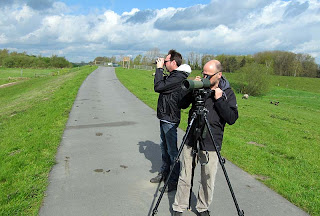 At our first stop, a smattering of waterfowl and Marco's first Common Swift of the year held our interest. Using Marco's scope, I snapped a couple shots of a Blue Tit and a Linnet in a small grove of willows. 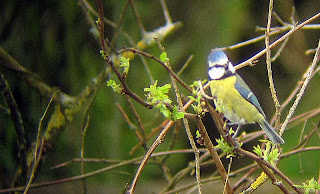 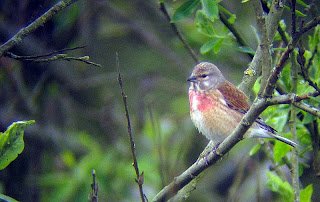 Our last stop for the morning outing featured a long walk past some protected wildflower meadows, the Schachbrettblume (Snake's Head Fritillary, Fritillary meleagris) being the flower of honor here. 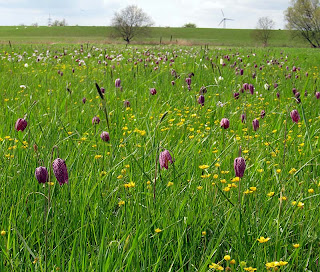 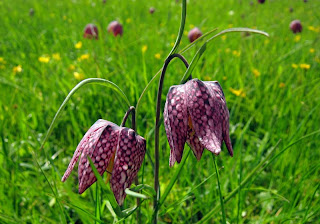 We heard at least three Common Nightingales, but they aren't always so easy to see as they are very wary of humans and love to stick tight to dense growth. This is a typical view. 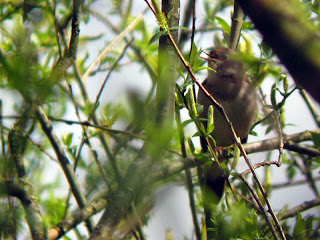 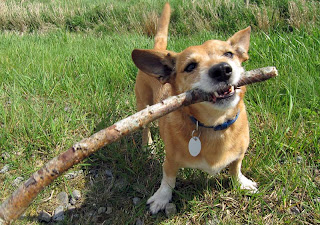 And there's no branch too big for Timo. 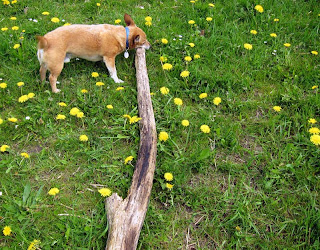 We came across this carabid beetle – here in northern Europe where there are so few species of insects, things like this really stand out, and in most cases they actually have long-established common names. I didn't get one for this. Maybe my friend Margarethe can comment. 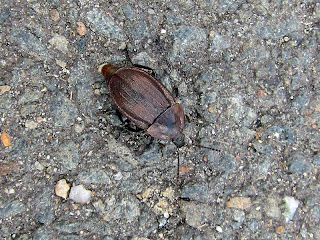 It was sunny enough for some butterflies. This is European Orangetip seemed to be quite interested in these mating Green-veined Whites. 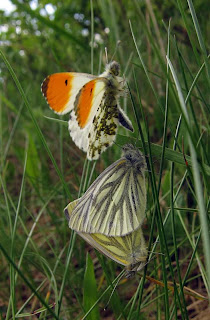 The German name of this satyr is Waldbrettspiel – the "forest board game," but in English it's known as the Speckled Wood (Pararge aegeria). 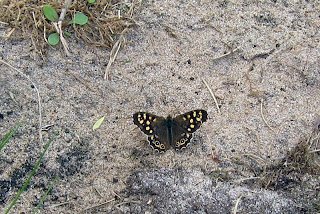 We headed back to Oldenburg for a break, stopping along the way to take a picture of a typical farmhouse of the region, the roof made of phragmites reed being the hallmark. One also had its own White Stork in the back yard. 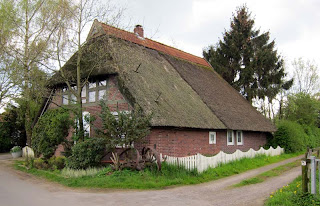 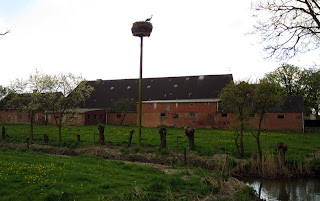 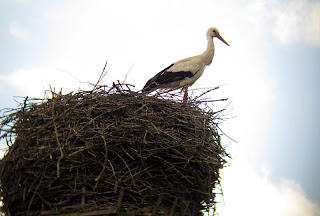 Then in the evening we drove to the Hauener Pütten by the quaint village of Greetsiel. This village is notable for having two windmills. 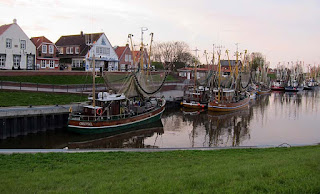 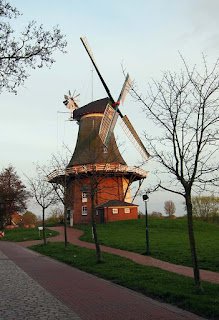 On the way I took a picture of what a civilized bike path looks like – here in the middle of nowhere, they had the sense to create a path for bikes apart from the street, not the dangerous, barbarian white stripes merely painted on the busy streets of Tucson. 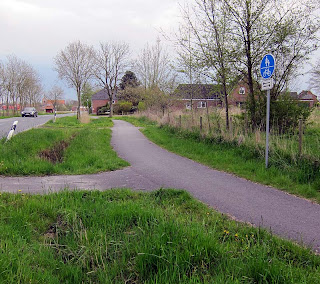 We then arrived at the Pütten – seasonally flooded meadows inland from the dike that demarcates the North Sea mudflats, here designated as the Wattenmeer National Park. 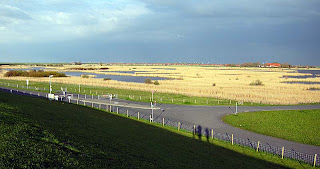 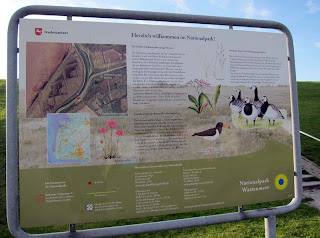 Some of the nice birds we saw in this area, digiscoped using Marco's scope.
Barnacle Goose 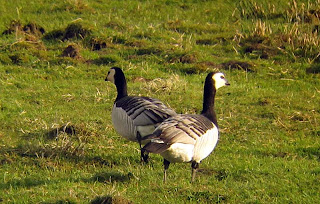 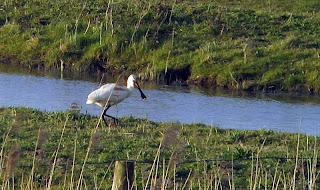 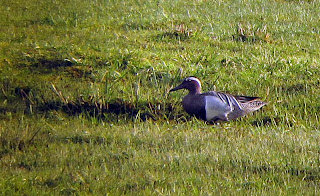 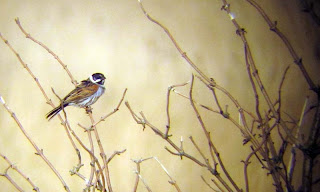 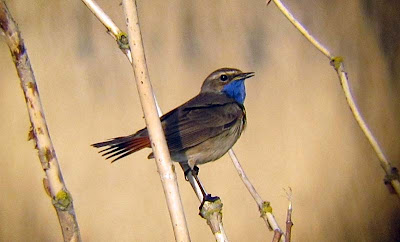 Posted by Birdernaturalist at 1:50 AM