Earlier this week I went for a short morning out to Ironwood Forest National Monument northwest of Tucson with my friends Mary Elizabeth and Maribeth. (Those are their real names, and they grew up not all the far from each other in northern Texas and southern Oklahoma.) 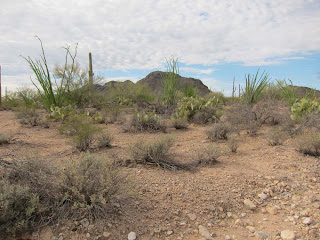 The first bird to greet us was this Purple Martin. They breed in the giant Saguaro cacti, in cavities created by woodpeckers. 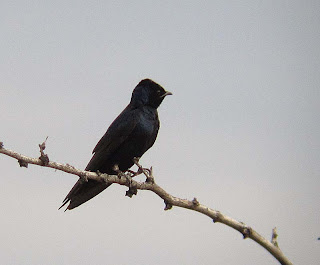 We had hoped to find some Saguaro fruit, a natural desert candy, but we were too late. Here's a pile of scat – probably from a Collared Peccary that beat us to the feast. 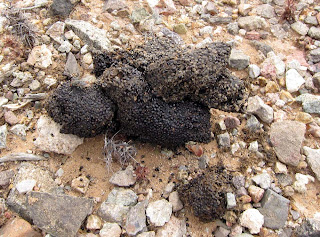 While wandering and poking around in the early desert morning, Beth spotted this black Coachwhip sunning, stretched out on the ground, and called me over. It shot off like a bolt of lightning when I got too close. 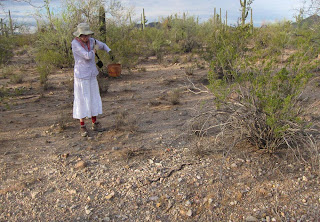 Here's a closeup of the snake.

This what I would call the Dry-loving Big-headed Ant, from its scientific name, Pheidole xenophila. 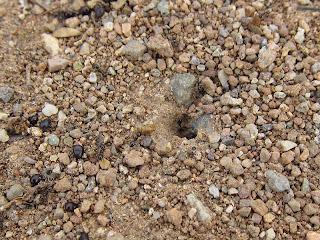 If you're wondering why they call such a insignificant, little black ant "big headed," take a look at the major worker that came out of the hole. The smaller ones are of the caste called minor workers. 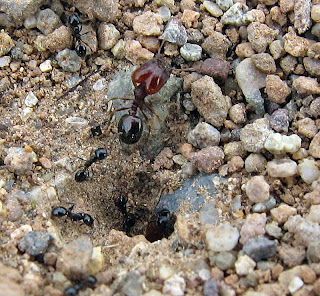 Ants are a huge part of any biotic community, and the hot, hot desert is no exception. These are red harvester ants, Pogonomyrmex sp. 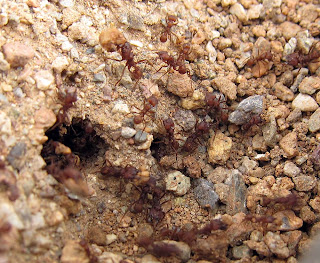 One of the most heat-tolerant beetles in the world is Crytopglossa variolosa, a tenebrionid. Most beetles would be hiding in the cooler, moister shade of rocks or burrows at this time of day. 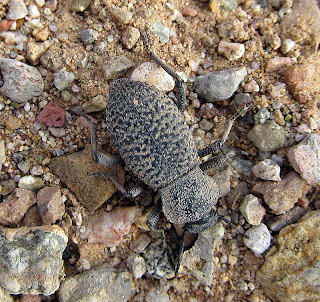 The taxonomy and field ID of our cicadas is still being worked out. This is either Diceroprocta arizona or D. knighti. 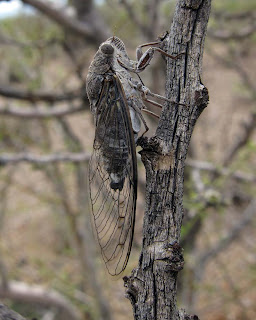 As long as you're in the area, you might as well head over to the Waterman Mountains to see one of the most range-restricted cacti in Arizona, Nichol's Devilshead, Echinocactus horizonthalonius var. nicholii. It's a handsome devil. 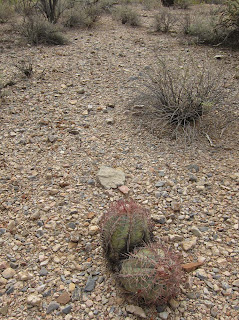 This might just be Mammillaria grahami, but without flowers it's hard to key out. 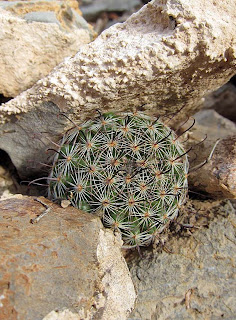 Cryptogamic crusts are interesting here. This is a liverwort, green only because of recent monsoon rains, nestled amongst the other microbiota that definite this fascinating ecosystem. 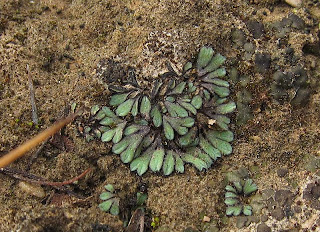 This Desert Millipede, Orthoporus ornatus, supposedly feeds on detritus, but I'm convinced that it's actually a grazer on the live algae, blue-green algae, and lichen of the cryptogamic crusts. 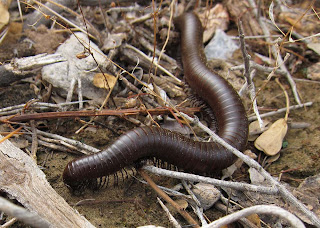 Besides being famous for the the Devilshead cactus, this also the closest location for Elephant Tree, Bursera microphylla, to Tucson. Obviously limited by climatic conditions, this one was hammered by the record-setting February 2-3, 2011 Freeze. The nighttime low dipped into the mid-teens Fahrenheit, stayed there for hours, and the high did not rise above 40°F on the 2nd. Temperatures were even lower the next night. 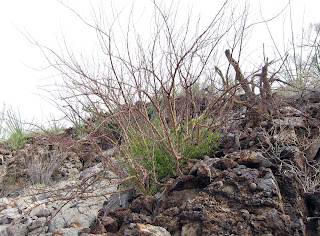 Here you can see the thick trunk that survived, giving rise to the new generation of branches. Perhaps with a good monsoon and some early winter rains there'll be a large enough food crop to host a wintering Gray Vireo. 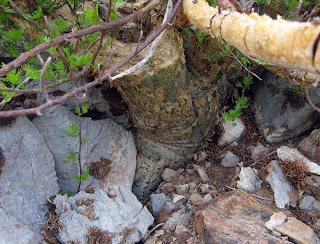 The fern Astrolepis cochisensis and the barrel cactus Ferocactus cylindraceus are particularly adapted to the cherty limestone soils of this unique mountain range. 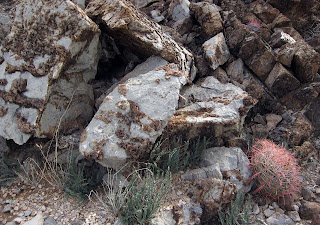 This is looking to the southeast from the Elephant Tree; Tucson might be visible in the distance were it not for the intervening Roskruge and Tucson Mountains. 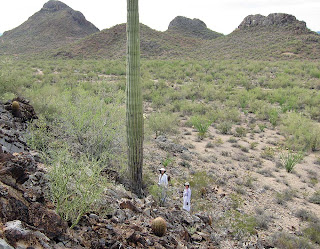 Posted by Birdernaturalist at 10:30 PM