Some of the smaller moths can be quite beautiful, but you have to get a little closer to see the beauty. They can also be harder to identify, though there are more and more online resources to help you out. Consider that a single-site list anywhere in the tropics would number at least few thousand species. That makes it hard to narrow things down, especially since exact distributions and species limits are not well known.

Here are some I found names for:

This is the tiger moth Amastus aconia, at the Monteverde Cloudforest Preserve. It's not really all that small, but with few field marks in the wings. 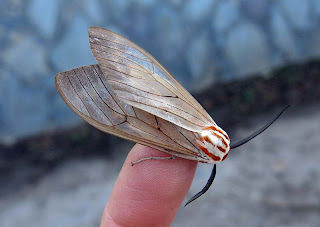 But check out the body: 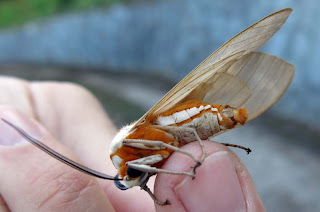 Another tiger moth, also at Monteverde, but this one I could only get to genus, Eucereon sp. 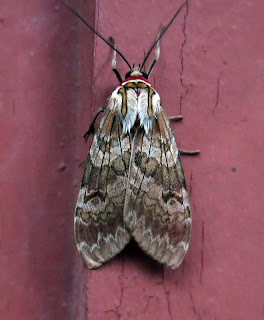 And check out the colors on its abdomen: 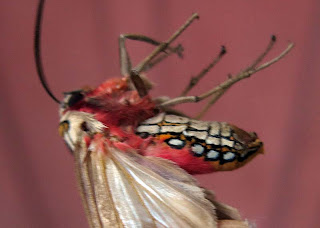 Getting names for anything in the huge family Geometridae (the inchworms) is difficult, but some of the larger, prettier ones are worth it. I thought this one particularly attractive, Patalene asychisaria on the bug sheet at La Selva Biological Station. It's apparently very widespread in Central and South America, but there are precious few photographs online. 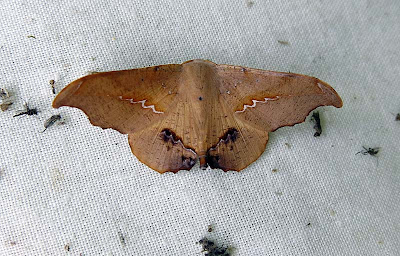 This member of the family Bombycidae was also at La Selva. It is Quentalia numalia and may not count as a "small moth," as the family is closely related to the big and showy silk moths and sphinx months – but it is smaller than most of them and has few obvious field marks. The hind wings are folded up on the trailing edge, adding to the dead leaf appearance. 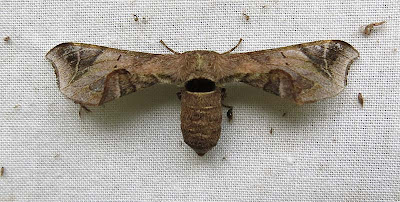 These next two in the family Crambidae truly are micromoths, but both are apparently common and well-known, judging from the number of online photographs. One even has a common name!
Asturodes fimbriauralis at Braulio Carrillo National Park 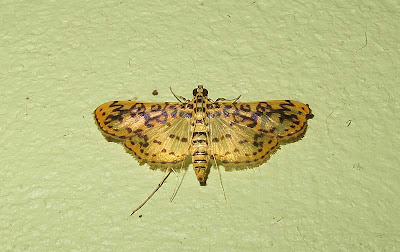 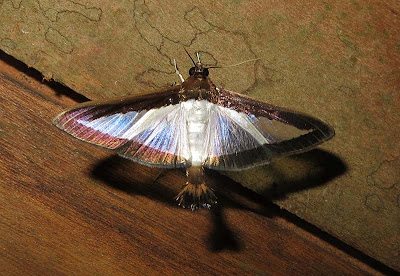 Posted by Birdernaturalist at 9:28 AM