I just found out this afternoon, while listening to Science Friday on my way to the grocery store, that it's National Moth Week.

So, even though I'm leading an Oregon tour right now, enjoying such great birds as Northern Pygmy-Owl and Hermit Warbler, I'll post a few pictures of some moths from an overnight trip I did to the Pinal Mountains with my friend Margarethe Brummermann (her blog here) earlier this month.

Here's Margarethe installing the bug sheet, which was later illuminated with a mercury vapor and two ultra violet bulbs. 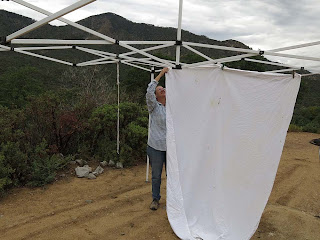 Towards the end of the evening, we had at least 16 Manduca florestan sphinx moths (among four other sphingid species), and many other smaller moths and insects. 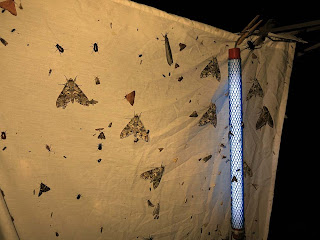 If you look very closely, you will appreciate the beauty in every species. This tiny noctuid is Ponometia venustula, easy to identify with that silver dash in the wing. 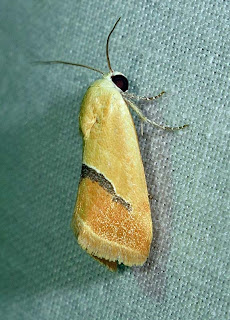 This erebid, Bulia deducta, is one I can almost never figure out – adults are amazingly variable. It's quite common, even in my Tucson yard, as its caterpillar food plant is mesquite. 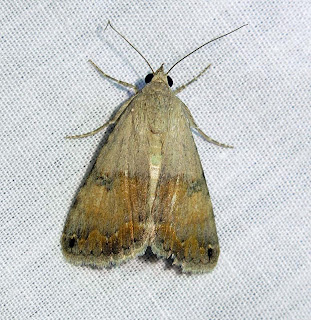 This pretty little thing is Cacozelia basiochrealis, in the family Pyralidae. I don't know anything about it, other than that I'd never seen it before. 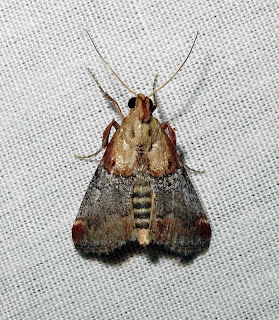 You have to look very closely to see the beauty in the fine pattern and interesting shape of this Givira lotta, the Pine Carpenterworm Moth. It's in the family Cossidae, the same as the huge hulks I recently posted from Borneo. (Speaking of which, yes I will have more to post on that eventually). 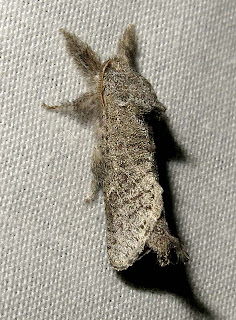 I am always mesmerized by the intricate patterns and colors of Melipotis indomita, the Indomitable Melipotis. It's extremely common and widespread – I even had it in the Galapagos once. 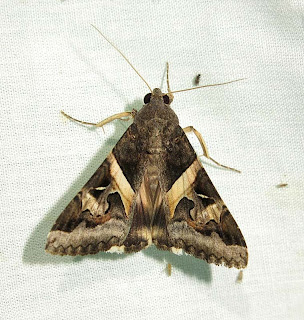 The prettiest for last are three species of tiger moths, subfamily Arctiinae. 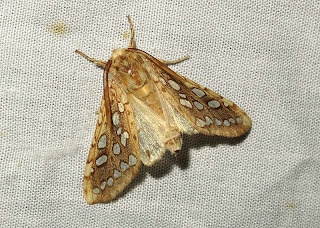 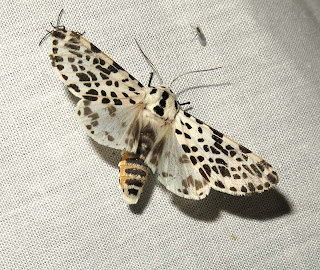 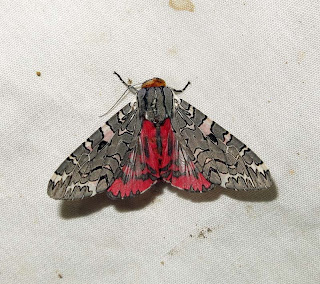 Many thanks to Maury Heiman and Bob Patterson at Bugguide.net for the many species IDs.
Posted by Birdernaturalist at 9:47 PM