You'll note that the date of my last blog was the day before the Christmas Bird Count Season began. And then you'll note that yesterday was the last day of the season, with no blogs in the meantime. Not surprisingly, the more times I go out birding and naturalizing, and the more time passes, the more things I want to blog about, and the less time I have to actually write them up. I participated in only 5 CBCs this year, including Tucson Valley, which I also compiled. I also spent five days around Christmas in Mississippi with dear friends, and I knitted six hats in about as many days. I've baked four loaves of very different bread, and rashly threw together a winter veggie garden. So not only am I behind in blogging, I'm behind in many other things begging for my immediate attention. For now, here is a short blog on yesterday's last CBC for me, Buenos Aires NWR.

I had done this count twice before, the first time being January 4, 2002, when my friend Gabe Martinez spotted a Ferruginous Pygmy-Owl; and then there was last year's fun day with John Reuland, on which we saw several Long-eared Owls, about which I blogged.

Yesterday I did the upper San Luis Wash with Fabrice Schmitt, visiting from Chile. This was his first full day birding in North America, and it turns out even a highly accomplished naturalist (who has seen Snow Leopard and thousands of birds worldwide) can have fun and see a few new things in a relatively sparse Arizona desert in mid-winter. Besides the birds we tallied, Fabrice was excited to see Mule Deer, Collared Peccary (not new for him, of course), Antelope Jackrabbit, and Coyote. It was a good day. 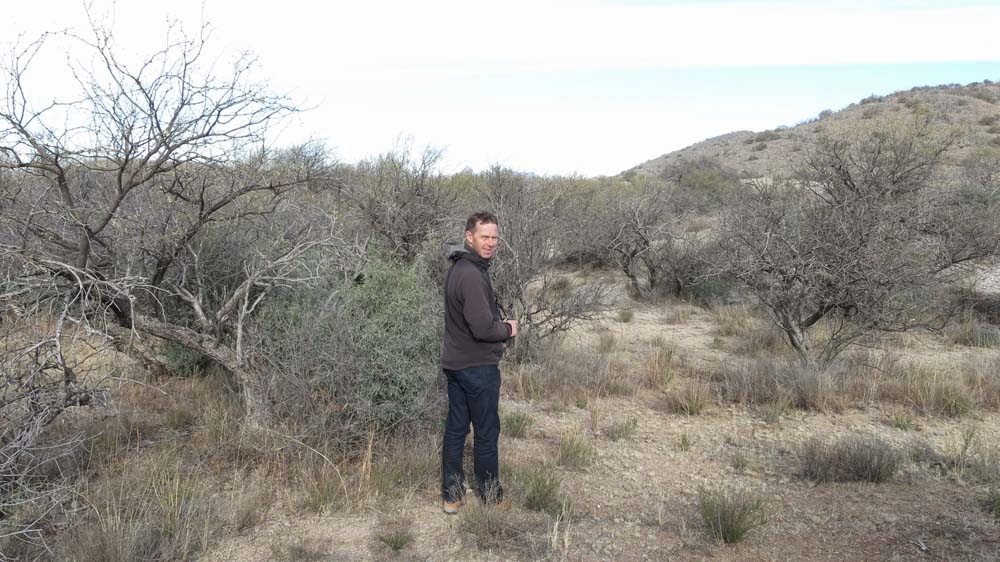 We may have had the most diverse area in the circle with regard to habitats – desert washes with Velvet Ash and Netleaf Hackberries, rolling hillsides with mesquite and grassland grassland, some prominent rock outcroppings, and a few sparse patches of oak woodland. Most areas of this circle have much more open washes with only occasional trees and lots of open, flat mesquite scrub and grassland. As a result we had a pretty good bird list, totaling 58 species, including many "scoops" – species seen by no other group. I think Western Screech-Owl (3 seen and 9 more heard); singleton Acorn Woodpecker, Montezuma Quail, Hutton's Vireo, and Canyon Wren; and our two Black-chinned Sparrows were among those species no other group found. I think the two Killdeer we had on a cattle tank that we stumbled upon were the only ones for the count.

We had good numbers of birds most places we stopped, with Canyon Towhees (42 total), Black-throated Sparrows (64), and Bewick's Wrens (48) being at nearly every stop. In its 27-year history, this CBC has had a total number of Bewick's Wrens surpassing this only in 7 years. Another way of looking at this tidbit of data is that our area alone had more Bewick's Wrens than the entire CBC circle has tallied in 20 of those years. One year only 15 were found. 2013 must have been a very successful breeding season for this non-migratory bird.

Four of the Western Screech-Owls we detected tooted back to my imitation during the day (the other 8 were pre-dawn), a technique I use with pishing a lot (almost to a fault) to bring in mobbing passerines. But it works; just be careful what you pish for – at one point we were mobbed at very close range by about 85 birds of more than 12 species and had a hard time picking out everything. In the end, I think this mob had:

It was insane, but we had fun with it.

A little later, with a more manageable mob of only a handful of birds to deal with, Fabrice spotted this female Western Screech-Owl as she whistled back from her roost (the lower-pitched male tooting invisibly from a nearby tree). 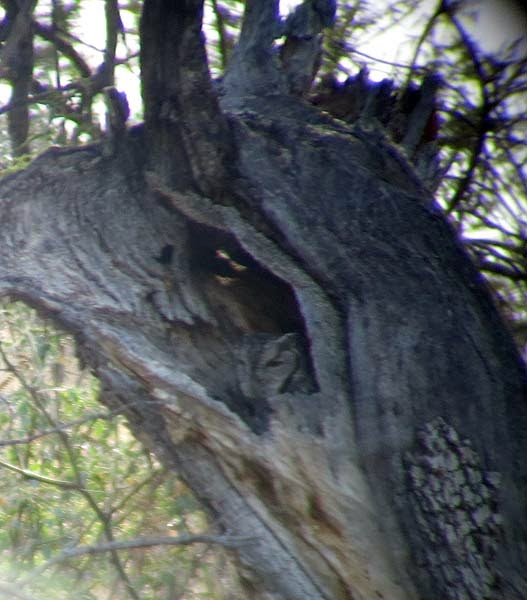 We also had good numbers of Rufous-winged Sparrows (28), one of the most amazing and little-known comeback stories of a species that seemed to be on the brink of extinction just a hundred years ago. 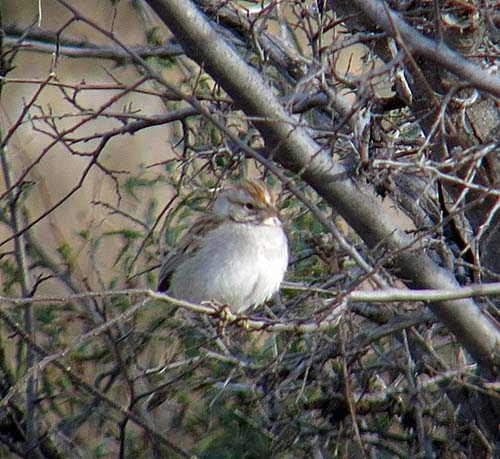 Posted by Birdernaturalist at 12:35 PM