The Other Madera Canyon Hike

For the Green Valley Christmas Bird Count on December 28, I hiked up Madera Canyon, but not the usual, well-worn route up to Josephine Saddle. Instead of heading up the Super Trail and down the Old Baldy, or vice-versa, I followed the main drainage up beyond the Mount Wrightson Trailhead and turned right on the Vault Mine Trail.

This trail makes many switchbacks up the east-facing slope of Mount Hopkins, in about a mile reaching the Agua Caliente Trail. This trail is not for the out-of-shape, as it goes up, up, and up.

In the first half mile or so of trail, Hermit Thrushes were everywhere, and I ended up with 58 for the day, more than a third found on the entire CBC. 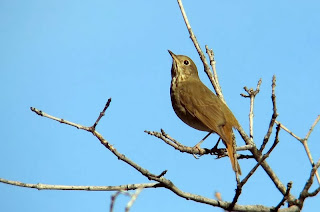 Then near the top of the trail, I was imitating Northern Pygmy-Owl, which worked to bring in juncos, more thrushes, and Bridled Titmice (which were very scarce this year) when suddenly a flock of Cassin's Finches came in. But I was close to large stands of Cercocarpus montanus, the Birchleaf Mountain-mahogany, and this is the favorite food of Cassin's Finch, so they weren't a huge surprise. But then another bird flew in silently and landed on a dead branch right in front of me – a Northern Pygmy-Owl! I managed to get this recording of it.


The view from the top, looking north towards Tucson, was stunning. 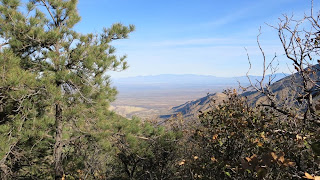 In the next half-mile I had two more Northern Pygmy-Owls, this one perched in a Birch-leaf Mountain-mahogany. In this area, Yellow-eyed Juncos were particularly numerous. 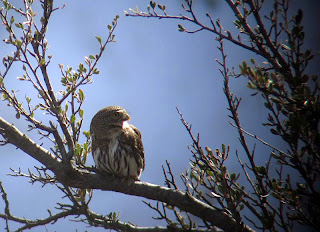 As I skirted the slopes of Mount Hopkins, I found shady patches and talus slopes a bit tricky to navigate. 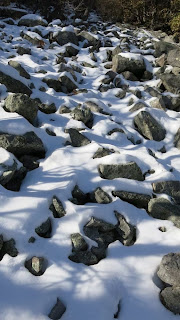 This is looking to the east towards Mount Wrightson, the higher of the Santa Rita's two peaks. 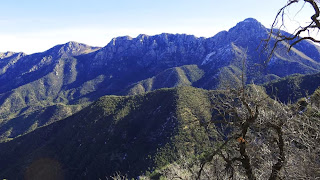 I had a few other good birds worth the invigorating hike, including three Golden-crowned Kinglets and this Williamson's Sapsucker. 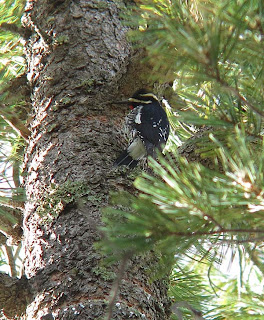 Posted by Birdernaturalist at 9:00 AM