I was lucky to get out of having to do jury duty this week. I would have dutifully done it had I been chosen, as I believe it’s an important role one should perform as a citizen, even if so many of the court cases are sorry examples of stupid people behaving stupidly. But a good number of them are real and serious. I received my summons this past early June, for a July date when I would be leading a tour in Costa Rica. I went through the motions to apply for a postponement and was summarily given the reporting date of this past Tuesday, the day after I returned from Oregon.

Backing up a bit, I had two very short layovers here at home in Tucson between tours these past two months. The first was just two nights home after Costa Rica and before Marvelous Mato Grosso (Brazil). Costa Rica was very wet, but also full of birds, such as this Red-capped Manakin. 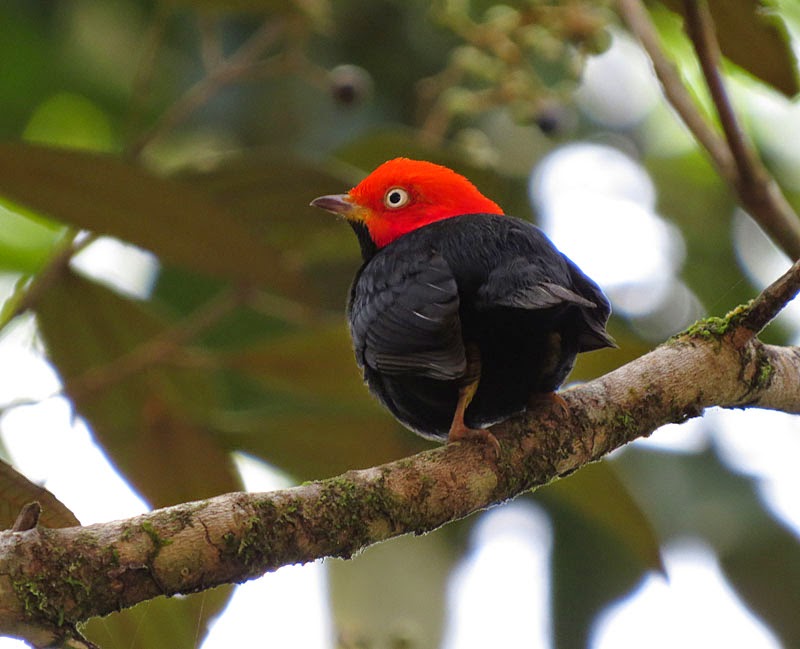 But a big storm in Miami diverted our flight to Fort Myers for refueling, and the delay caused me to miss my flight to Arizona, and I had to overnight in Miami. That left me with only 18 hours in Tucson, during which I just needed to swap out field guides, charge batteries, ship my Canon PowerShot SX50 for repairs (the screen refused to reorient, staying upside-down when facing out), get the WINGS camera as a replacement, do my laundry, and stop at a store for toiletries and other small items. No problem, but oops – to do my laundry and shop I had to bike to the laundromat and store only ½ mile away, and I arrived home to find that my trusty Bridgestone CB-1 of 23 years had been stolen. I usually store it in the garage when I leave town, but I use it so often I normally park it just behind my house out of sight and well away from the street. I had accidentally left it there when I went to Costa Rica; now it’s clear we have prowlers in the neighborhood. In any event I managed to walk to the laudromat, and my friend Hal took me to the store.

But I was planning ahead: I would be needing a bike to get to the superior court building if my group number isn’t dismissed on September 9, as it’s 5 miles from my home, not a short walk in the desert heat and monsoon, and bus service in Tucson is still infrequent and very sparsely networked. I’d be home just four days between my Mato Grosso tour and when I leave for Oregon, but the two latter days of that are taken up entirely by the first WINGS leaders meeting in six years, leaving me again with just two days at home. One to get a bike.

The Mato Grosso tour went really well (with the one logistical headache of the Alta Floresta airport closure), and I had a fine group of eight participants who were quite pleased to have seen this Jaguar, as well as two others that same morning. 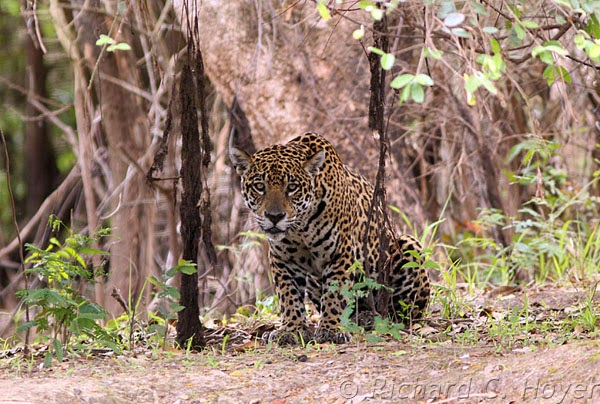 So when I got home from that tour, instead of getting the shuttle directly home from the airport, I sent an SOS to my darling friend Andrew Broan, a bicycle maven and also someone you can always rely upon in an emergency. Here’s Andrew and our friend Celina during a recent outing of pool and drinks. He does not allow a straight face when having his picture taken. 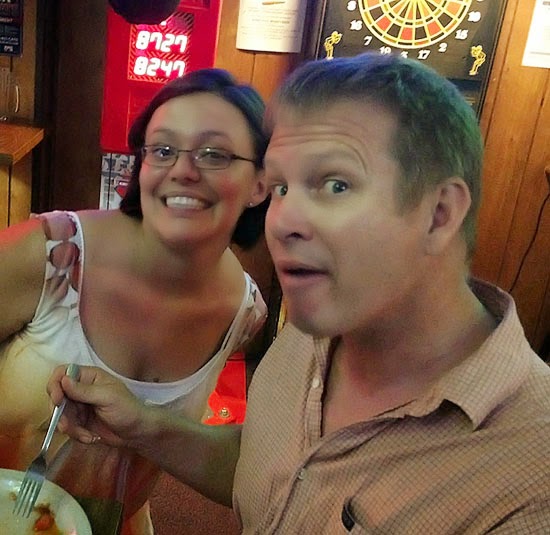 He met me at the airport, and we drove directly to Performance Bicycle, where after about 45 minutes of looking at their selection and taking a couple of test rides, Andrew helped me decide on this Fuji Crosstown – a two-year-old discontinued series in an unusually large size on a sale day resulted in a “screaming deal.” It’s a perfect bike. I barely got to use it before heading to Oregon. 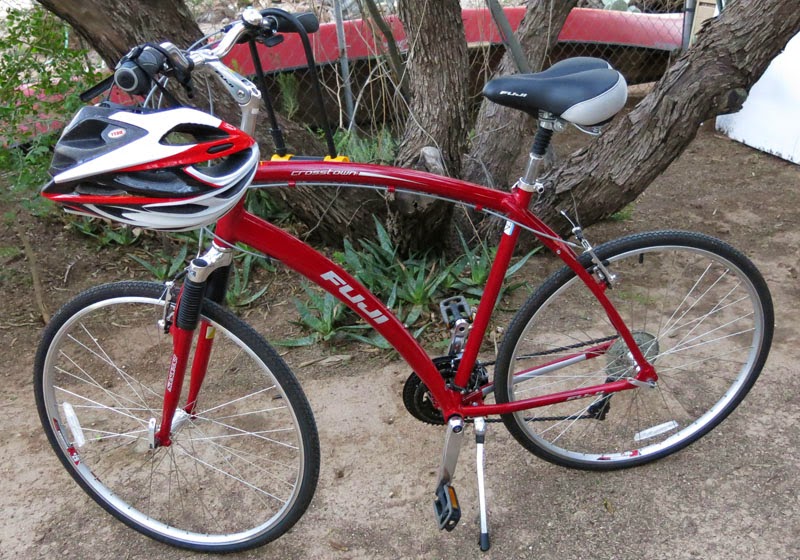 I’ve already blogged about the Oregon tour, but I didn’t mention the few days I spent visiting with my friends Deb, Ray, Katherine, and Mike. I worked a bit on post-tour stuff, catching up on labeling photos from previous tours, etc. Staying at Deb’s is like a luxury spa for me – she has a glorious guest bedroom and the most perfect kitchen. Not too big but fully equipped with exactly the right utensils and bowls, an amazing fridge and oven, and a never-ending supply of wine. We also share the exact same cooking style; one night I made salad and a corn-squash dish (which she had been planning to make, and I had only coincidentally pulled out the same magazine issue, chose the same recipe, then bought all the ingredients which she had already had); another night we did Pad Thai, and from the final night here are some sauces and dressings from our fun taco night (chicken, beef, and shrimp). 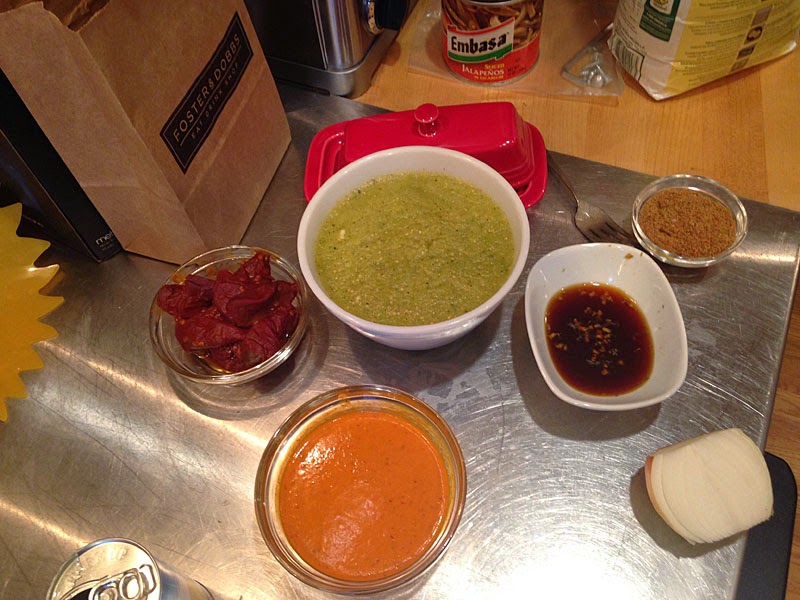 Then on the day I returned home from Oregon, I had an eerily similar flight experience to the one just over a month earlier, with a storm over the airport causing us to go into a holding pattern, followed by the pilot deciding to land in Phoenix to refuel and then returning to Tucson, arriving nearly 2 hours late. At least I didn’t have a connecting flight to worry about. This time I did take the shuttle (Arizona Stagecoach), sharing the ride with two seasonals who work in Denali National Park and know friends of mine who did the same thing decades ago – a fun small world experience. I then checked the Pima County superior court website and found that I had to report at 11:00 a.m. the next day – very glad I have that bike now.

Jury selection is a slow and costly process. While the county does reimburse a few pennies to people for parking and travel, not factored into it is how much human productivity is lost in order to select just eight people. For that one jury 42 people have to take an entire day off of work and do nothing (though I seemed to be the only one of hundreds with a laptop and working on it when I could). And several juries had to be selected that day. Out of those 42 people for just this one trial, the judge and lawyers first have to find a panel of 21 who can fairly serve as jurors. So they select 21 at random and then ask them questions, mostly yes-or-no, to determine if any are obviously unfit or for whom serving would be an unusual hardship. One woman couldn’t understand English very well, one guy was leaving Thursday for a work-related trip (the trial was thought to possibly last until Friday), one guy was a full-time student and had a job, and another guy was so shy he had an extremely hard time talking aloud in front of a group of people. They were excused and their seats were filled one by one from the remaining pool of 21 people until they had a panel of 21. I wasn’t one of the original 21, but my name did come up to fill a seat from someone who had been excused. We were also asked if we knew anyone involved in the case (which was a criminal case against a guy accused of stealing a car from an elderly man, with whom he was apparently acquainted, over the course of several days nearly a year ago), whether we knew anyone who was a lawyer, judge or involved in law enforcement, or if we’d been the victim of a crime. Of course, I had to mention that my bike had been stolen (and my house broken into 6 years ago). I also had to mention that I know Brad Holland well (he served as a prosecutor for the county a couple years ago), as well as other lawyers and a birding friend who is a retired policewoman. In each case we had to respond whether that experience would make us incapable of being fair in deciding in such a case. Each of us also had to stand, announce our name, state our occupation and how long we’d been at it; state whether we were married or single, mention our spouses’ occupation, children and ages; whether we had sat as juror in the past (when, type of case, and verdict); and – I thought this most odd – list the magazines or websites we subscribe to. I was shocked that most people subscribe to no magazines at all, and the three or four that did only read Consumer Reports or pablum even less intellectual – not even National Geographic. I probably baffled them all by listing my subscriptions to North American Birds, Birding, Western Birds, Oregon Birds, American Butterflies, Neotropical Birding, Cotinga, etc.

This whole process took about two hours, and by the end about 15 people had been excused, their seats re-filled, and there were just six who hadn’t been called up at all. They served their duty by just being there. The rest of us on the semifinal 21-person panel were then given a 20 minute recess while the county prosecutor, the public defender, and the judge used some sort of calculus in secret to pick eight to serve on the jury. When we all entered the court, those eight names were called up, and I wasn’t among them. Whew. But I’m still curious about how they chose those eight. Was I not chosen because I know Sr. Brad? (Even though I could detect no reaction, I figure Judge Liwski must know him well.) If so, I’ll be sure to mention him again next time. Or is it because I read Western Birds? 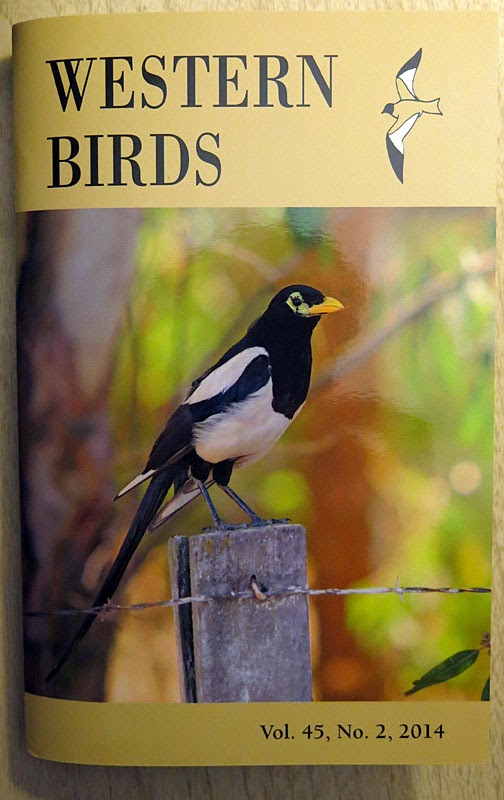 Speaking of Western Field Ornithologists (the publisher of the superb Western Birds), I’ll be helping out at their annual meeting next month in San Diego, October 8-12. I’m helping lead field trips to the Tijuana River Valley on Thursday, Sweewater Reservoir and preserve on Friday, and then maybe help out on one of the panels and fill in last minute on the weekend field trips.

In the meantime, I’m finishing post-tour stuff, preparing for the upcoming Butterflies & Birds tour of the Kosñipata Valley of SE Peru (the “Manu Road”), cooking and eating dinners with friends, and struggling to keep my hummingbird feeders full. There are indeed many Anna’s, Black-chinned, and Broad-billed Hummingbird in the yard now, but they’re not the ones emptying the feeders. For the past week, we’ve been beset by several migrant Lesser Long-nosed Bats (Leptonycteris yerbabuenae). They lick the feeders dry overnight, also leaving mess with their slobber and swinging the feeders making them drip a sticky mess below.  I estimate that they are slurping about two quarts sugar water each night. This photo is from mid-October two years ago, when I first noticed them in the yard; then it seemed there were only two or three, considering that most feeders were left untouched. 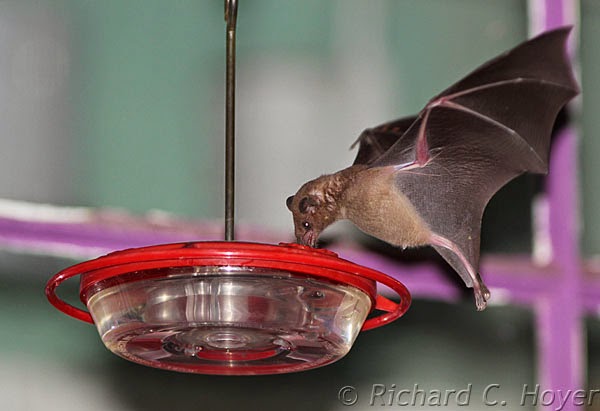 But this time there must be a half dozen or more, and it’s getting expensive and tiring to keep the feeders full for the demanding hummers each morning. So I have made baffles which work well, except during breezy nights when they get blown off. The material is rather stiff and there is a visible gap below, but that seems to throw them off enough that they can’t get at the holes, which they apparently approach from above. 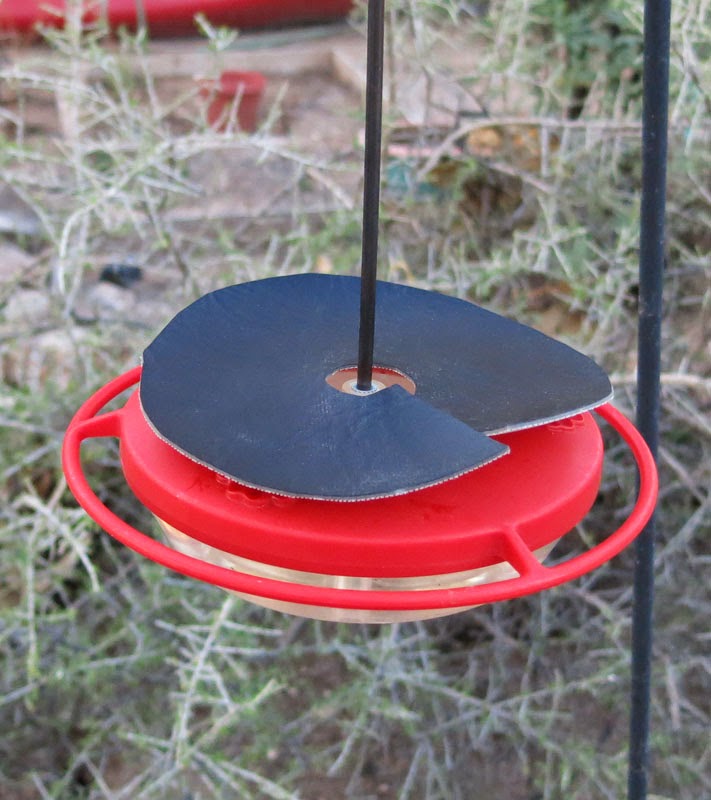 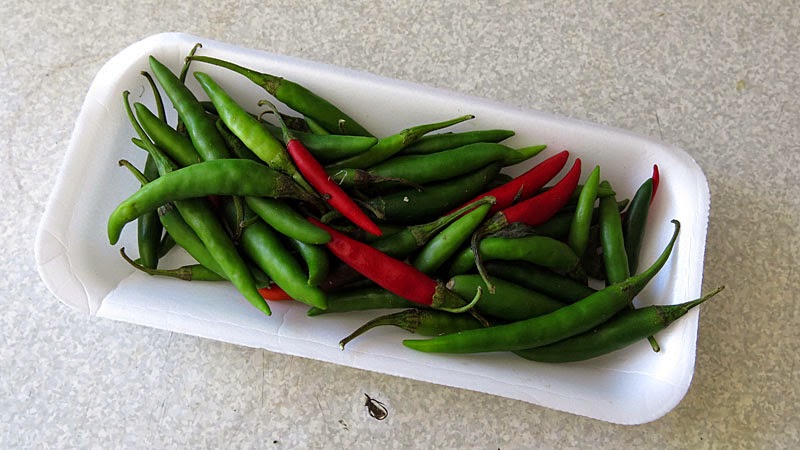 Posted by Birdernaturalist at 10:03 AM