Here are just a few photos from the last two days of my recent tour to Costa Rica. We spent our next-to-last morning at the verdant Braulio Carrillo National Park just in the foothills on the very wet Caribbean slope. I recall last year having to spend a full morning here under a constant rain last year. In quite a contrast, things were so dry this year that sensitive epiphytic ferns used to at least some precipitation on something like 350 days of the year were starting to furl up to prevent water loss. Five days in a row with no rain hear constitutes a severe drought.

Perhaps because of the sun, this Apella Skipper, Racta apella, was darting about, but landing only on the roof of the park staff building, too far for a good photo. 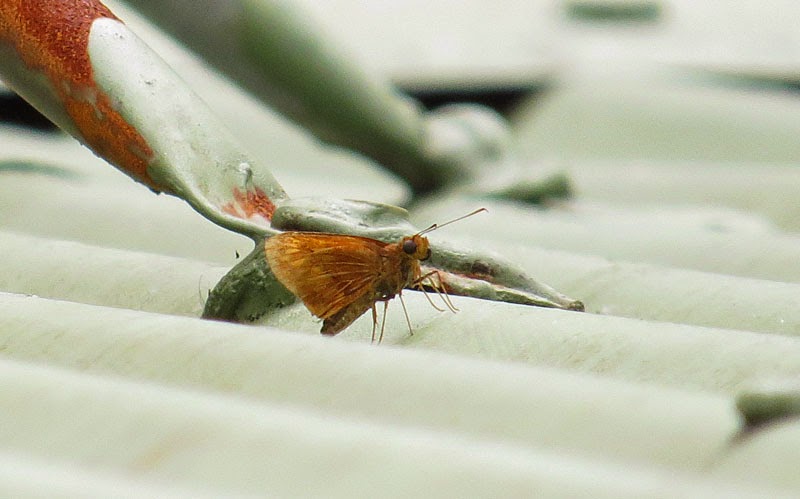 Also at the headquarters center was this male black-and-white jumping spider, Phiale formosa, with thanks to Dick Walton and GB Edwards for the ID. The female is apparently very different in appearance, probably mimicking a wasp. 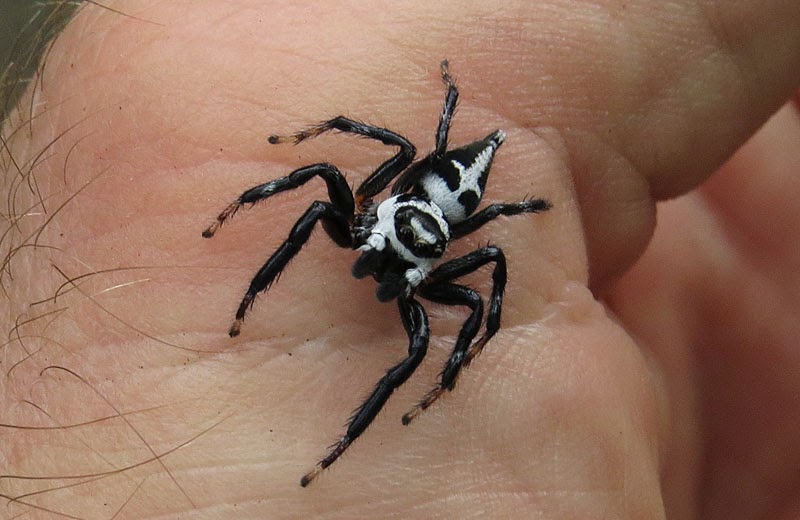 We walked the one-mile loop trail twice, and each time was quite different. Perhaps the most outstanding differences were that the second time through we saw a Northern Tamandua (a small anteater) climbing up a tree, and a few yards down the trail heard a Black-crowned Antpitta, one of the most enigmatic birds of Costa Rica. This one was my lifer, even though we didn’t get to see it.

I stopped at some point to look at some bird movement in the trees, and when I looked down spotted this Eyelash Pit Viper – our third one and the least camouflaged – right next to the trail. In my 19 previous trips I had seen just three of these, two of which had been pointed out to me and my group, and the first of which I had almost sat on during my first tour in February of 1998. 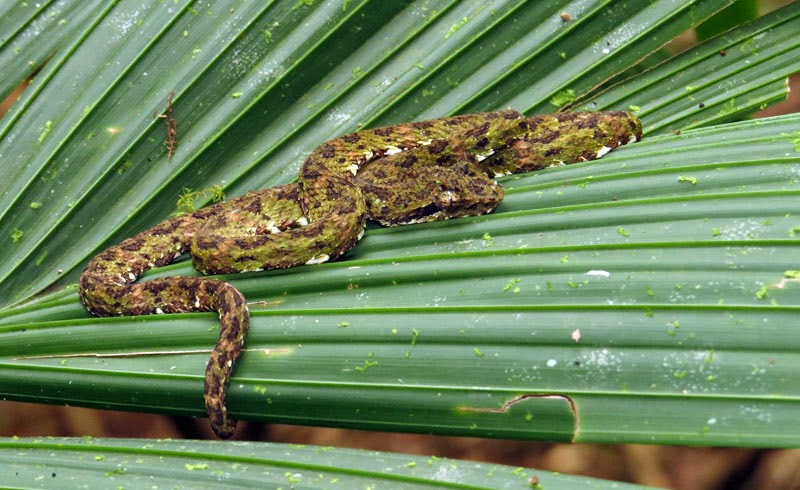 Our last stop of the trip was the scenic La Paz Waterfall Gardens. It’s kind of like Costa Rica’s version of the Arizona-Sonora Desert Museum, complete with aviaries and mammal enclosures, but this place also has a hotel, a huge dining hall, and at least seven species of wild hummingbirds coming to the feeders. 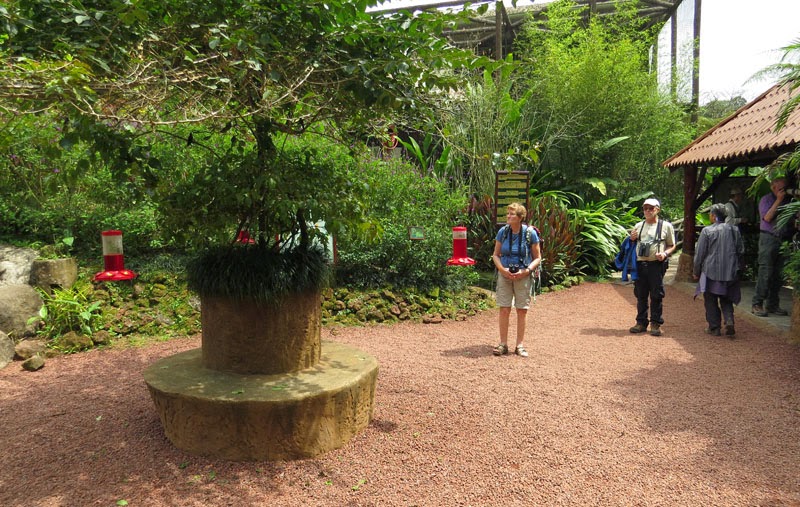 This Black-bellied Hummingbird was our first of the tour. 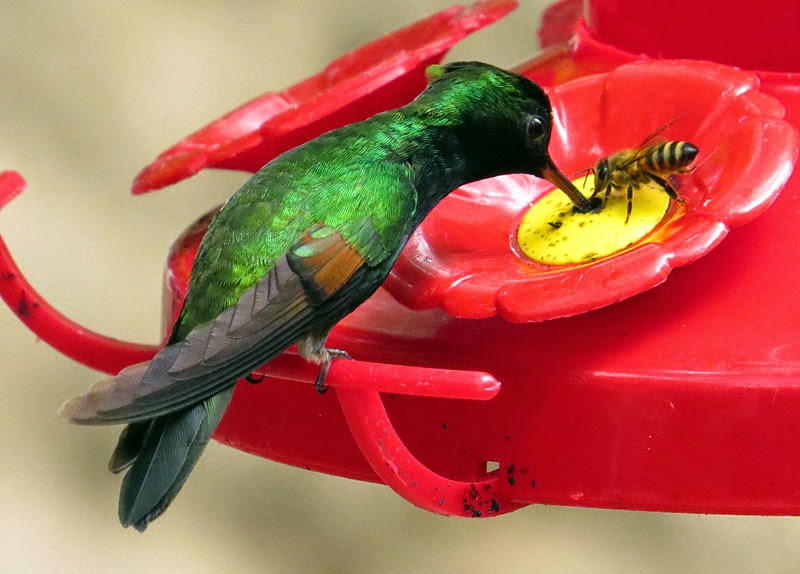 This female Green Thorntail was the last new species added to our huge trip list. 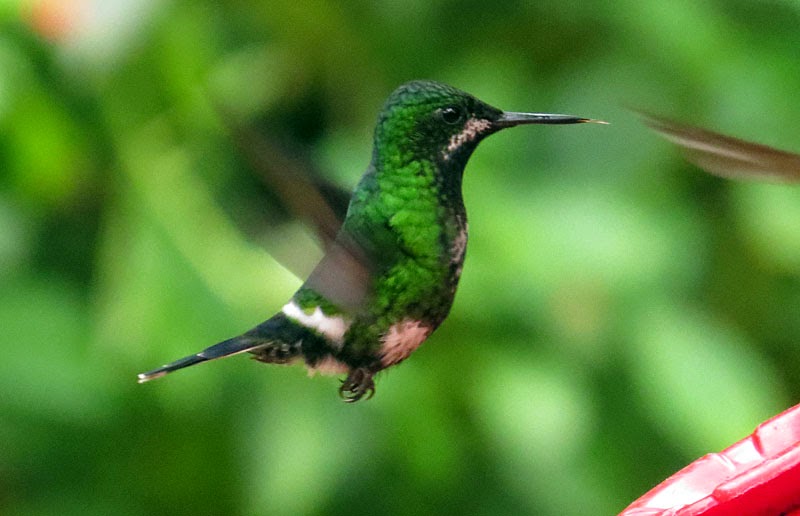 The most abundant hummer at the feeders was Green-crowned Brilliant. 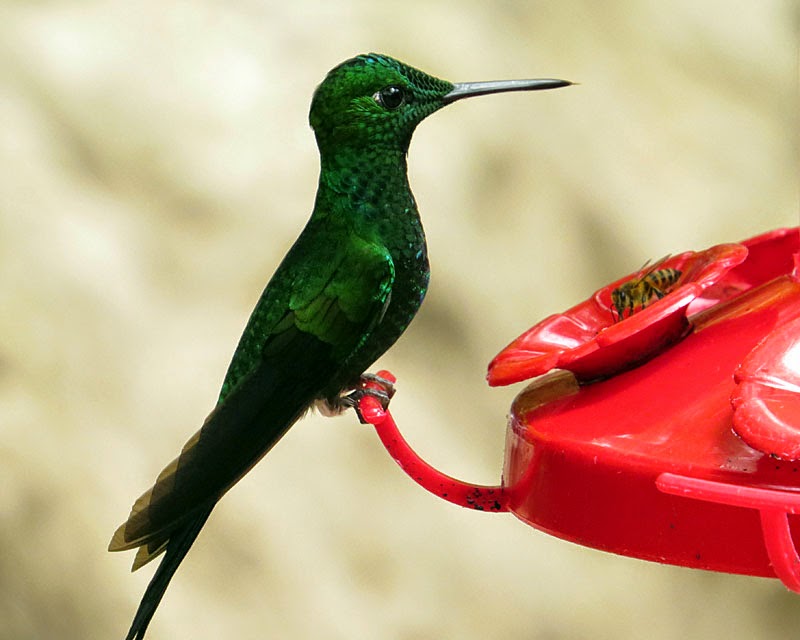 We also took a walk down to one of the many waterfalls, along the way seeing our third species of Platydesmid millipede on the tour. Maybe we should do a millipede tour of Costa Rica next time; the diversity must be quite high here. 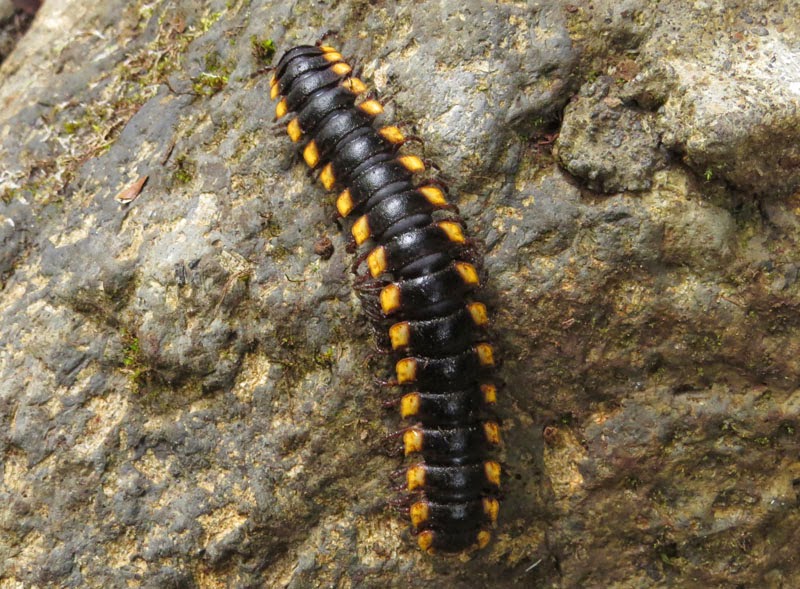 I always enjoy starting and ending our tours at the relaxing Bougainvillea Hotel, far from noisy streets and neighborhoods and with it’s flower-filled gardens, but this is the first time I got to see it during the tour. I left out in my blogs this time that because of the eruption of Turrialba on March 12 I arrived in Costa Rica ¾ of the way through Day 2 instead of on the day before Day 1. The international airport closed for a day and a half, and 7000 tourists were stranded in Costa Rica for a day or more, probably even more were prevented from arriving, and full flights the weekend before spring break meant that one of my participants missed the first three days of the tour. It was on all our minds on the last day, but the volcano stayed quiet and allowed us to all leave on time.

Posted by Birdernaturalist at 3:00 PM