We have our five full days here at Cristalino Jungle Lodge planned out, morning and afternoon outings written down on the white board in the leaders office in order to not overlap with the many other tourists here. This is our morning on Tower II, the one completed in early 2011. 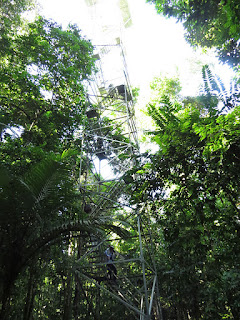 We had a fun morning here, with great views of Spangled Cotinga, Paradise Tanager, Kawall’s Parrot perched close, a fabulous close troop of Curl-crested Aracaris, and a chance to look down on a Dwarf Tyrant-Manakin. The only birds close enough and in the most perfect light for my camera were these courtship-feeding Blue-headed Parrots. 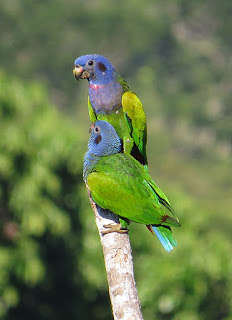 We birded the 900-meter (0.6-mile) trail back to the lodge, where this most cooperative of all Pavonine Quetzals perched not too high for several minutes. There’s very little light in the forest understory, so I actually had time to switch my camera to my tripod (changing the metal plate from the scope), and configure it to a low ISO and very slow shutter speed with a timer on the shutter release. 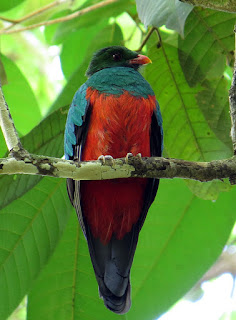 When we got back to the lodge, it was time to take a look at the butterflies on the beach. A wonderful puddle party of sulphurs and many others had gathered. 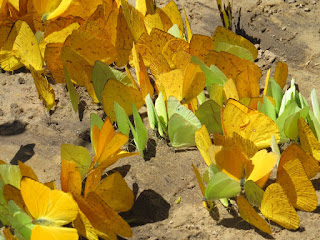 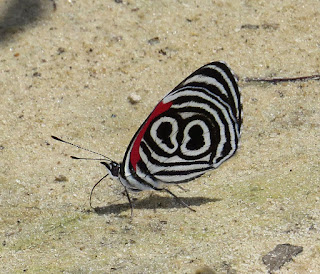 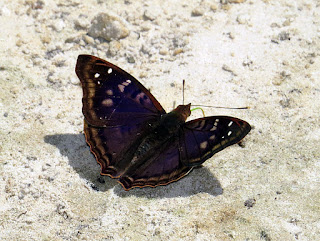 Then just a short ways down the path was this handsome Yellow-footed Tortoise, Chelonoidis denticulata, the first I’ve seen here in a while. Apparently it’s been hanging around here for a few days. 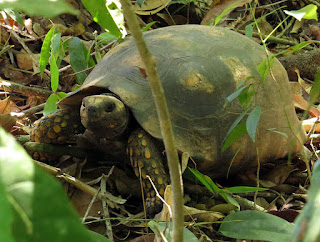 During the break after lunch, I spotted these apparent dog-like bats, Cynomops sp., roosting in the little telephone house. 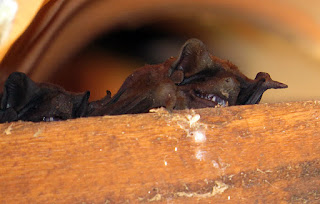 I then checked the Phenakospermum by the old kitchen and found these Uroderma  sp. tent-making fruit bats right where I had left them last year. 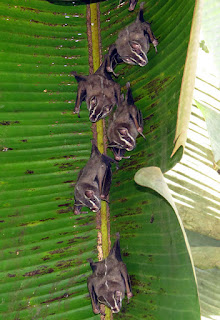 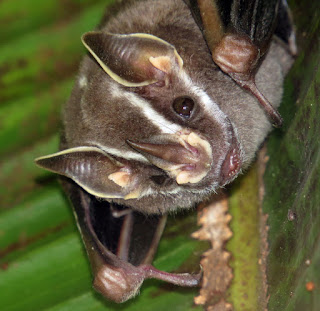 I also walked down the Taboca trail on my own, wanting to see the destruction from a microburst that felled a big swath of forest last September. The damage was amazing, but it holds promise for all the birds and animals that need that kind of disturbance. I saw lots of butterflies but taking pictures only a few. This Calycopis sp. hairstreak may never be identifiable to genus. 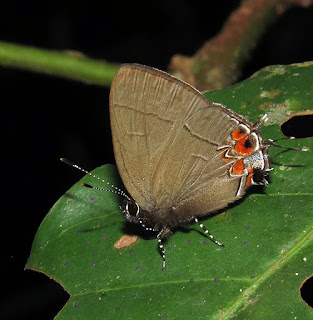 This metalmark is probably Euselasia hygenius, typically landing upside down under a leaf. 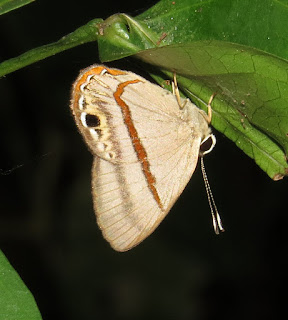 A very common metalmark along many of the trails at Cristalino is the lovely Semomesia croesus. 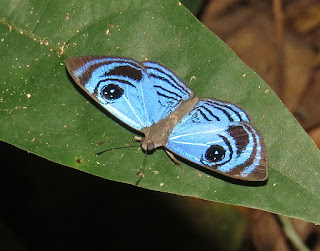 In the afternoon we went to Francisco’s bird bath a hundred meters into the igapó forest downstream, and we saw some great birds – but too dark and too fast to get photos. They included the recently split Xingu Scale-backed Antbird and a pair of local Bare-eyed Antbirds, among several others. While we were sitting and standing very quietly behind a palm-leaf screen in the coming evening darkness, a heard the heavy buzzing of a crepuscular skipper darting around the group. I quickly placed a white tissue spit was on a vine behind me, and in landed this ruby-eye skipper, Thracides cleanthes. 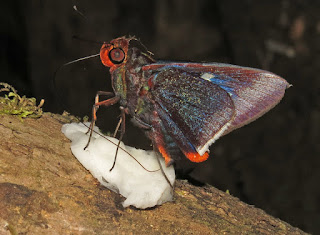 Finally, we did a short night walk to the secret garden, first looking at the lights along the pathway to the restaurant. This is where I found this ghost moth in the family Hepialidae, a very primitive and relatively small family. This one has been identified as Phialuse palmar. John Grehan has an amazing website on the family at http://johngrehan.net/index.php/hepialidae/. 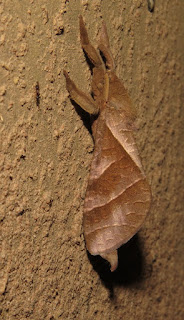 This is a tailless whipscorpion, an arachnid of a different order than spiders or scorpions, one I never fail to see on the trails here. 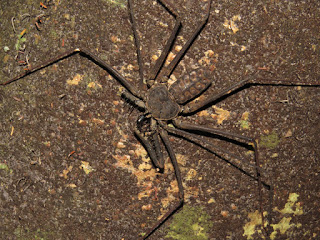 This ichneumonid wasp (notice the very long ovipositor) was sleeping on the side of a tree. 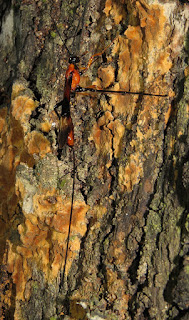 We also saw the Azara’s Night Monkeys a couple of times, and while looking for a very close Tawny-bellied Screech-Owl (which we never saw), I spotted this unknown bat hanging by one foot very high in a tree. It’s probably a fruit bat, next to a fig tree that is just becoming ripe, but the super high ISO setting erases many details that would be needed. I thought the distinctive hooded color might give it away and am still hopeful I might eventually get a name for it. 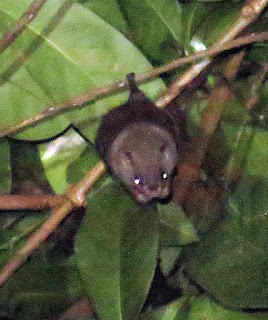 Posted by Birdernaturalist at 4:46 AM