My group of seven participants arrived on July 30, and on the 31st we set out for 15 days of amazing  birding and natural history in the marvelous state of Mato Grosso, Brazil. We started with some productive birding in the mid-day heat at some ponds in the dry woodlands north of Cuiabá where there were many White-faced and Black-bellied Whistling-Ducks, Brazilian Teal, and an Anhinga.

But our real birding began the next morning with a full day at Chapada dos Guimarães National Park.

This Burrowing Owl greeted us in the short, scrubby woodland that harbors several special species. 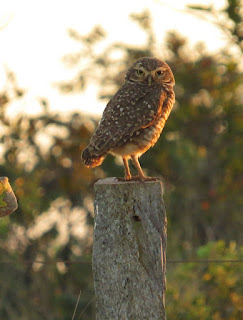 We flushed several Coal-crested Finches soon thereafter, but this flat-headed Southern Caracara was the only bird there that stood for a photo. 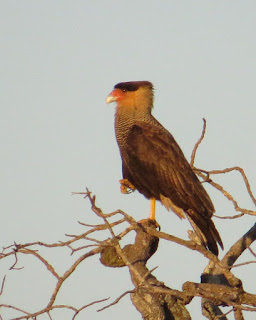 We gradually picked up most of the specialties of this habitat, including the Chapada Flycatcher, White-banded Tanager, and this loud duetting White-rumped Tanager. 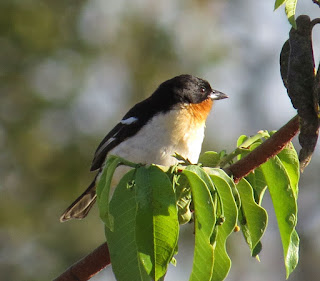 I hope for but never expect Collared Crescentchest, let alone one that sits up so boldly like this one. 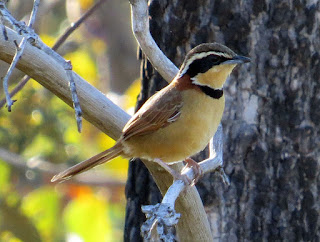 We had the late morning at our lodge, where this Chalk-browed Mockingbird fed on a fallen papaya. 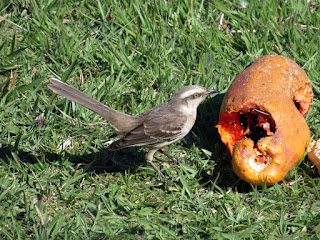 This carpenter bee-like insect inspected my tripod by the dining area. I suspect it is indeed a carpenter bee. 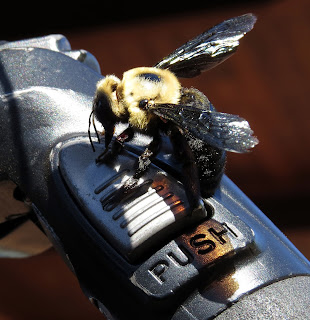 White-eyed Parakeets were seen in large flocks flying over in all areas and at all time of day, but we were lucky to have a pair of them perched close by at one point. 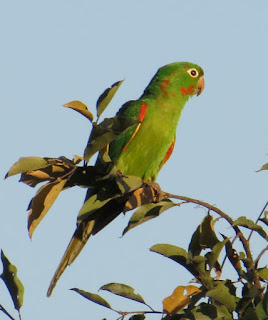 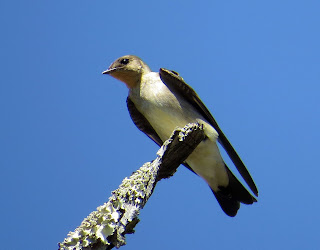 The adorable Brown Jacamar is a scarce bird anywhere, but there’s usually a family group or two at our lodge Pousada do Parque. 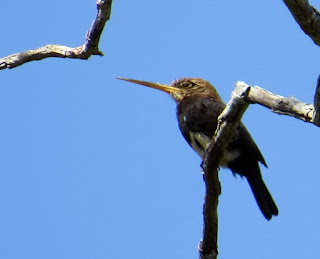 A flowering shrub along the lodge’s entrance drive was particularly attractive to many butterflies, and I eventually identified this one as a Eueides vibilia (Vibilia Longwing), first assuming it was a crescent that was mimicking a longwing. 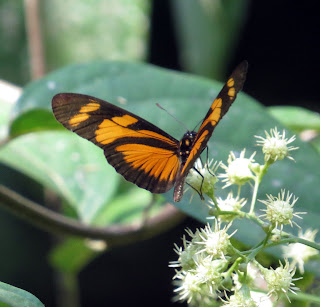 While looking for more butterflies, I looked down near the ground to see some movement, which I slowly recognized as a snake. This probable Chironius sp. (a very confusing genus), was probably hunting lizards in the late morning heat. 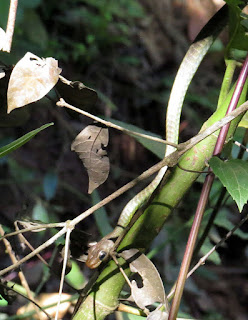 We had lunch at one of the national park’s most visited sites, the Cachoeira do Véu de Noiva. This translates to the painfully trite Bridal Veil Falls. 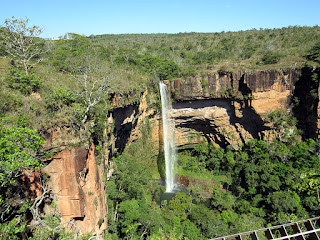 In the late afternoon we drove to another part of the national park surrounded by cotton fields, and the fallow fields here are home to some large and very attractive birds. Greater Rheas were not shy here. 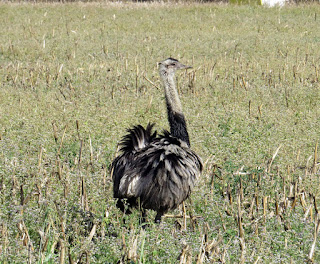 And we  had several Red-legged Seriemas walking without much concern near the road. These strange birds seem to be a cross between a bustard and a secretary-bird, but are really nothing like either. There are two species in the entire family and order (Cariamiformes), both found only in South America. 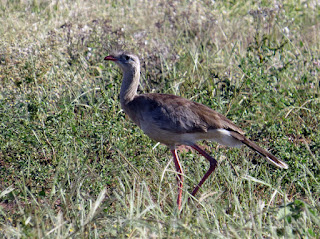 On the way back, a grass fire by the roadside had attracted this Aplomado Falcon. 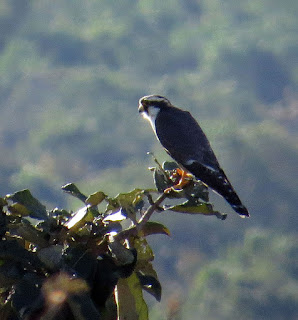 And this Savanna Hawk was drawn to the abundant food near the flames. 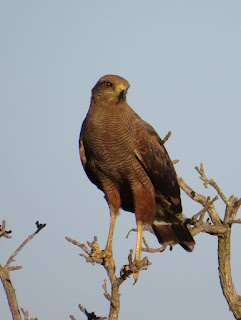 This view from the edge of the mesa is known as the Centro Geodesico – it’s very close to the geodetic center of South America. 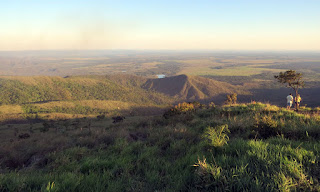 From here we fly to Alta Floresta for a week at Cristalino Jungle Lodge. I can’t wait! Here’s our view of the Chapada dos Guimarães landscape not long after taking off from Cuiabá. 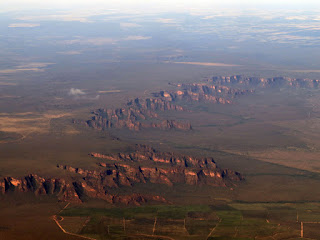 Posted by Birdernaturalist at 6:48 PM