I’ve blogged a fair amount about the Pantanal in the past, and I always come home from here with lots of material. I like to end my Mato Grosso tours here, at the very southern end of the state, as the habitats are more open and birding is easier. After the fast-moving mixed flocks of the Amazonian rainforests, birding dry woodland and open marshes is a delight. Birds and animals seem much less fearful of humans here too.

A Jabiru feeding right next to the road is not an uncommon sight. 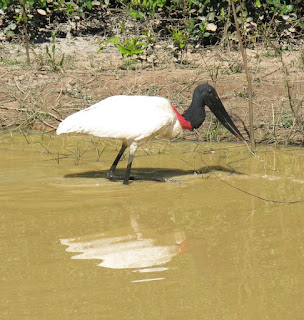 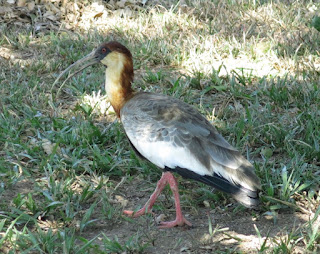 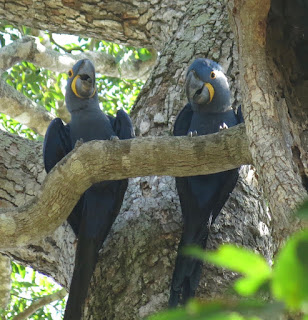 This Chestnut-eared Aracari was perched quietly right by the trail one morning. 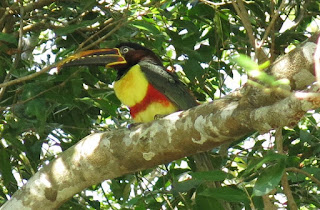 I don’t think I’ve ever been this close to a Sungrebe. This is with my 4x Canon PowerShot G15, as my SX50 is away for repairs and cleaning. 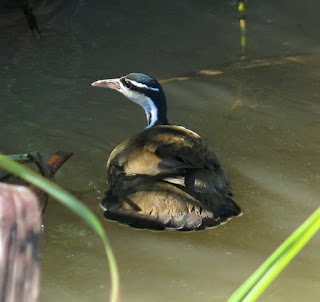 Plus we see Panthera onca, the Jaguar. It’s pretty much a guaranteed thing these days – about 40 minutes up the Cuiabá River at the end of the road in Porto Jofre, and just scan the banks along the main river, the tributaries of the Tres Irmãos, the Piquiri, or along a few small oxbows. With some 15-20 boats doing this, all morning and afternoon, eventually a Jaguar gets spotted, word gets out by radio or via hand signals from passing boatmen, and everyone converges to get views and photos of the cat. 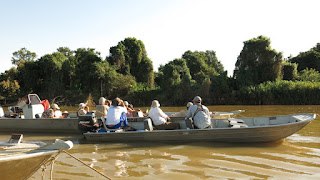 We did not find any Jaguars of our own; we were on the river for less than an hour our first morning when word came of a jaguar sitting on the bank of the Piquiri. Then not much later downstream was another. Then in the afternoon we again didn’t have much of chance to start looking for our own Jaguar, as others had already spotted one. Then another. Four in one day, and excellent views of all. In the morning we saw siblings Pantaneira and Felix; I didn’t manage to get any photos of them, though Jarmo did, and we sent them off to Paul Donahue, who worked here for several months last summer and provided their names for me. Each one has a unique pattern of spots on the face and can be recognized quickly with some practice. They also have different head shapes, so they really do look quite different.

This is Marley, the first one in the afternoon. 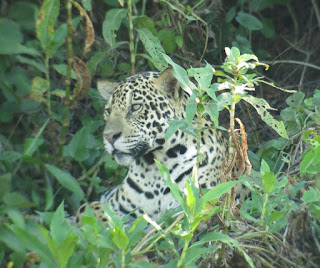 And this poor beat-up cat is Peter Schmidt.. The torn left ear is an old injury, but his right eye, cut on his nose, and the swollen front left paw giving him a bad limp are apparently rather recent. I digiscoped both of these animals, setting up my Zeiss DiaScope 85 FL in front of me in the boat. 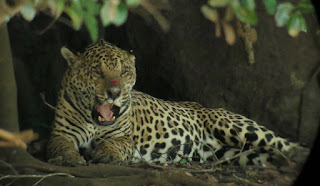 Here he came down for a long drink before going back up to rest and recover. I had been able to get names for all 12 of the previous Jaguars I’ve seen here since 2012, and all four of these individuals were new for me.

We also saw an Ocelot in the mid-afternoon crossing the Transpantaneira Highway, but it was too quick for photos. After it disappeared in the roadside shrubbery a big mob of birds starting making a fuss, including our only Orange-backed Troupials of the trip.

Here are some other fun animals we saw: 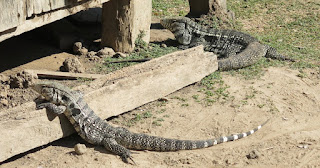 Tapirus terrestris, South American Tapir on the entrance road to Pouso Alegre, our first evening in the Pantanal. 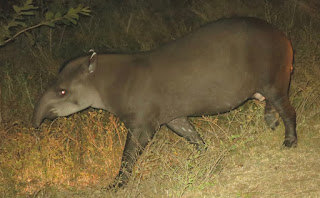 On our last evening we drove the same road and saw six mammals: another South American Tapir, Brown Brocket (a small deer), Crab-eating Fox, Crab-eating Raccoon, Nine-banded Armadillo, and Southern Tamadua (a small anteater). But my favorite find that evening drive was this Bothrops mattogrossensis, Mato Grosso Lancehead, stretched across the road.

Some lists have split Bothrops into a few smaller genera, and this one would be in Bothropoides; more recent papers do not advocate that split though. Incidentally, I always advise strongly that people do not use the useless name “fer-de-lance,” the snake equivalent of “sea gull,” except that it’s French. It doesn’t apply to any one species – there are 48 species of lanceheads in the similar genera Bothrops and Bothrocophias – and the only French speaking country with any species at all is French Guiana, and they don’t use the name fer-de-lance.

Finally, I spotted this mole cricket on our last evening at Pouso Alegre. I don’t think there are many species here, but I’ve only made as far as family with this – Gryllotalpidae, which nicely translates as “mole cricket.”

Posted by Birdernaturalist at 3:56 PM