This past early September I led my fourth Oregon tour in summer. It’s actually late summer, bordering even on early fall, considering the migration of birds well underway, and each time I do this tour it’s a bit later. Birding is fine in late July too, when I first offered this tour, but many birds are molting and not so pretty then, and southbound migrants aren’t quite as numerous yet either. An advantage over the spring tour is the opportunity to do a pelagic trip, and we went about 25 west of Newport as a pre-tour extension. We saw the necessary Black-footed Albatrosses and a few other tubenoses (Buller’s Shearwater was nice to see), but the highlight for me was the large number of Sabine's Gulls, many very close to the boat. I got just one photo. 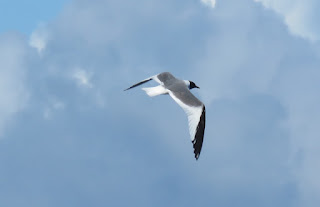 We birded from Portland to Corvallis on the first day of the main tour. I always take my tours up Marys Peak at dawn, hoping for Sooty Grouse, among other birds. This time we drove to the top then back down, then back up and back down, and on the second pass down one grouse was in the road, a hallelujah moment. But the weather wasn’t very good, so we returned here a second morning and had this most cooperative of Northern Pygmy-Owls. 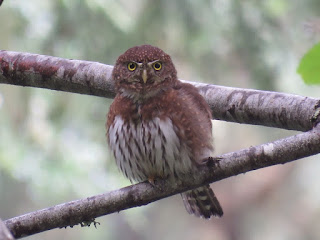 With better weather, we birded some meadows and forest edge before the very top, flushing a single Mountain Quail, then hiked to the peak itself. 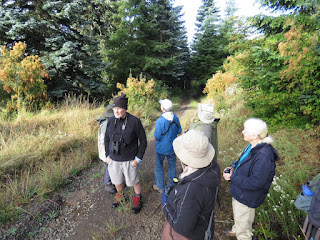 We had this Lophocampa maculata, Spotted Tussock Moth caterpillar at our picnic lunch spot on the Alsea River on the way to the coast. 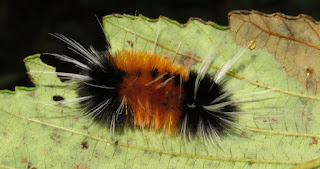 On our full day on the coast from Florence, we made many stops, all of them stunningly picturesque, and some with birds such as White-winged Scoter and Red-necked Grebe. 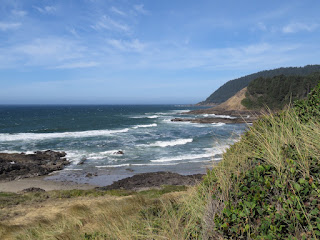 We also made a stop of botanical interest for Darlingtonia californica, the California Pitcherplant, where we also had great views of Pacific Wren. 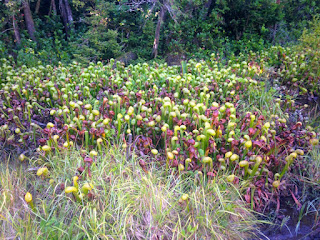 This Wrentit was amazingly cooperative at the Cape Perpetua Visitor Center. 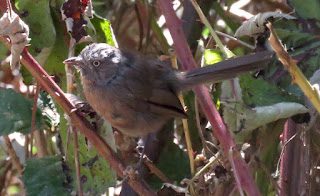 Before heading inland and over the Cascades, we had a picnic breakfast at the Siltcoos River area. A Steller’s Jay here was a perfect mimic of Red-shouldered Hawk. 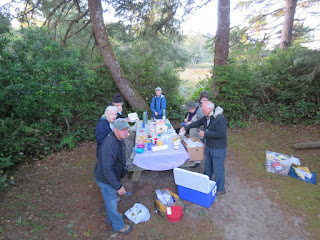 Then came our time in utterly different eastern Oregon. Here’s the scenery at Lake Abert, where there were hundreds of American Avocets but no Wilson’s Phalaropes. 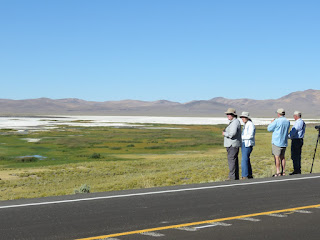 Near there at Summer Lake I found a rare Stilt Sandpiper, getting photos just good enough for documentation purposes. 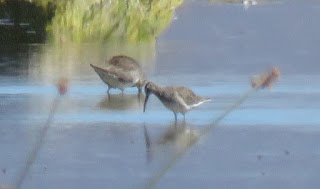 Another bonus to doing a late summer tour is the chance to drive to the top of Steens Mountain, where the views are gorgeous. 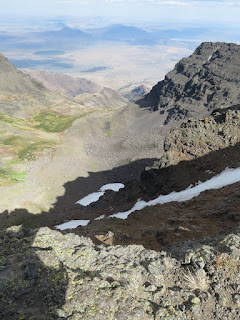 One has a good chance of seeing Black Rosy-Finches here, but we didn’t find the flock despite walking at least 2 miles at 9700 elevation along the rim. Still, there was stuff to see. This is Epilobium obcordatum, Rockfringe Willowherb. 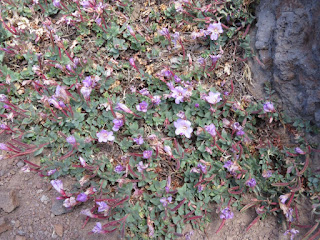 I specifically looked for this grasshopper, having found it here two years ago – Bradynotes obesa, Slow Mountain Grasshopper.

This appears to be a Steiroxys sp., katydid.

This grasshopper is probably in the huge genus Melanoplus, and no blue-legged ones look like this and are known from here in either Bugguide or in the grasshopper field guide, both of which are woefully incomplete. But there are probably more than 300 species in this genus in North American, many identifiable  based on the shape of itnernal genitalia of the male. Yet I still hope to eventually have a name for this one. 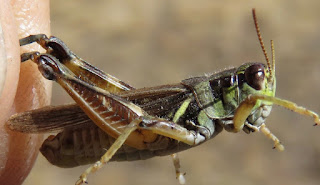 Down at Malheur National Wildlife Refuge below Steens, we birded along the Center Patrol Road, with the HQ still being closed to the public. This is Lycaena helloides, the Purplish Copper. 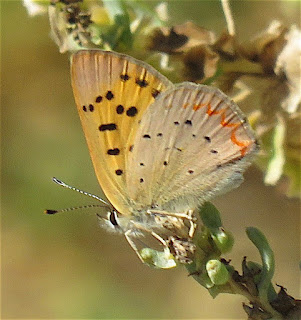 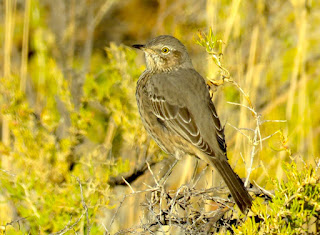 We returned to Portland via the John Day Fossil Beds National Monument., including the visitor center (which has the most reliable Chukar anywhere – check the hillside behind the parking lot), and at the Painted Rocks sector, where we had our final picnic lunch and found this Mantis religiosa, European Mantis. 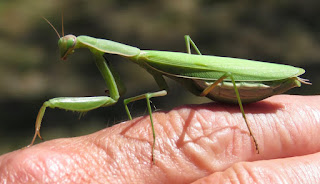 The ride back was merely scenic, but we did stop for some quick photos of the patch of lovely Mimulus cusickii, Cusick's Monkeyflower. 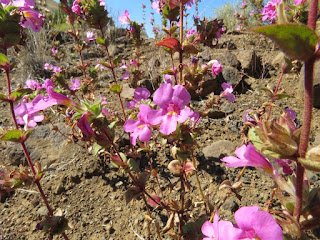 We had dinner within site of one of Oregon’s most beautiful sights and an iconic photo opportunity– Multnomah Falls.