I had a day and a half in Corvallis, based at my dad’s, house to turn in the rental and clean, pack, and store all my tour gear. On the morning of my afternoon departure, my friend Hendrik and I went up to Marys Peak at dawn to greet the sunrise and see (and hear) if there were any migrants navigating over the peak. In short, the only migrants we had were American Pipits, which were birds that could have been there for a few days.

What we did see was the most amazing show of Cascade Mountain peaks I’ve ever seen. From north to south: 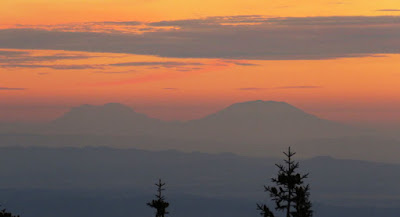 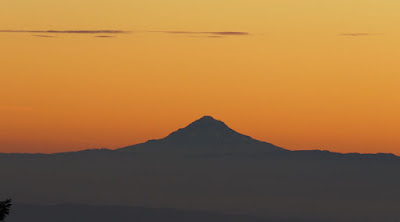 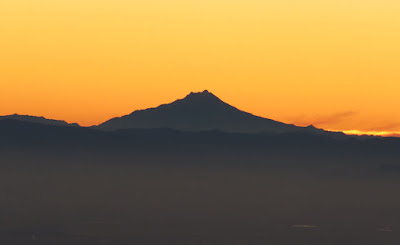 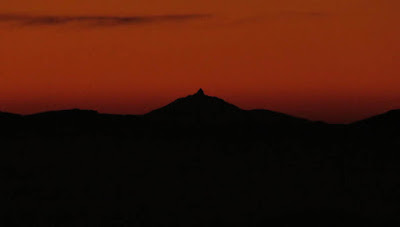 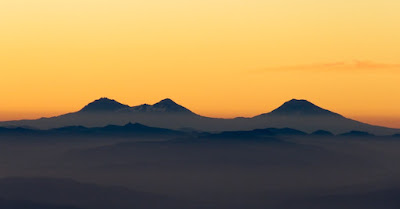 Looking towards the coast, we hoped to see the Yaquina Bay bridge, but the whole coast was under a blanket of low clouds. I noticed what appeared to be a dark gray cloud bulging above the low, white clouds, and studied this strange formation for a minute, noticing how oddly similar it was to the familiar shape of the Marys Peak skyline as seen from Corvallis. Suddenly it became clear – right after sunrise, with such clean, dry air, we were seeing the very shadow of Marys Peak on the entire 20+ miles of Coast Range between us and the Pacific Ocean. 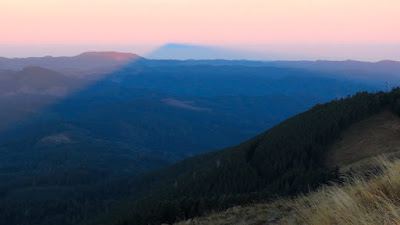 On our way down we had this Sooty Grouse in the road, more cooperative than the one I had on the tour. 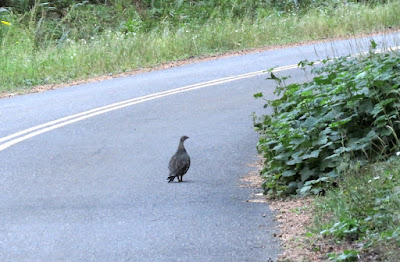 I would have liked to stay another hour or two on Mary’s Peak to see what other migrants might pop in, but our friend Russ Namitz had reported a Bobolink late the afternoon before from the Philomath sewage ponds, which we could actually see from the peak. But in case it was still there, Hendrik and I wanted to be there earlier and rather not get the news that a bunch of local birders were there at dawn and had seen it fly off. Instead, we arrived about an hour after sunrise to see no birders, and within a few minutes we had great views of this tremendous rarity and even got some of the best photos ever of this species from western Oregon. 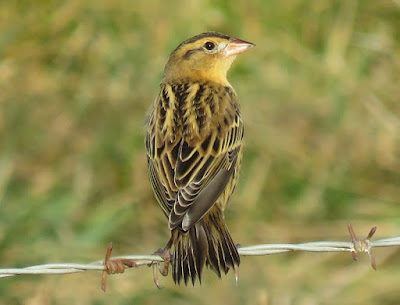 We also saw this adorable, if despised family of introduced Myocastor coypus, Nutria, or Coypu. 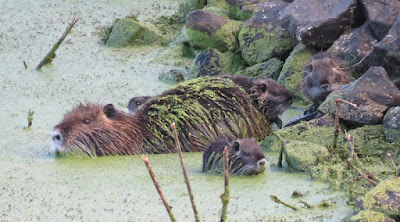 Posted by Birdernaturalist at 6:31 PM