Instead of returning directly home after my month in Nepal, I flew to New York City (via a short layover in Abu Dhabi and a 12-hour layover in Düsseldorf, where I didn’t bother leaving the airport, instead using my business class ticket privilege to stay in the executive lounge and work on my laptop). I was in New York to give a presentation, at the American Museum of Natural History. 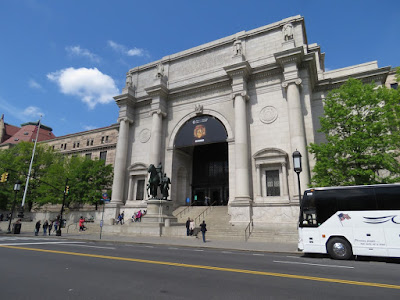 My talk was for the Linnaean Society of New York’s monthly meeting, and we actually entered the museum in this side entrance on 77th street, just after the museum’s official closing hours on May 9; all attendees were escorted by a museum guard as we passed by some of the exhibits to the lecture hall. My talk was titled “Polyglottal Passerines: Mimicry Is Not Just For Mockingbirds,” and I think it went quite well. 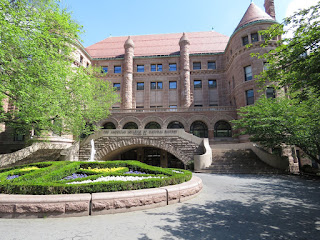 I stayed in my friend Doug Futuyma’s pied-à-terre in the Upper West Side only a few blocks from the museum and Central Park. And since this is during the peak of spring migration, I went to the park all four mornings during my visit. It’s a very popular place for birders, both local and those visiting the city from all over the world. 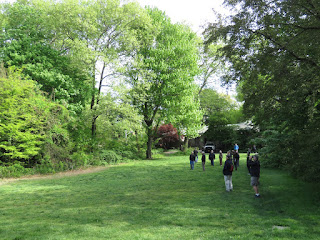 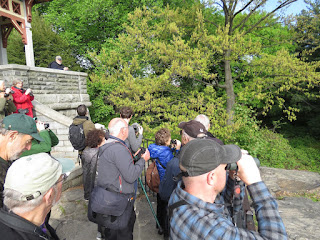 Migration was “slow” according to the local birders. Numbers weren’t high for anything, but there seemed to be dribs and drabs of a lot of species nonetheless, and changeover was obvious from day to day. Highlights for me were seeing 23 species of wood-warblers, such as this Bay-breasted Warbler. 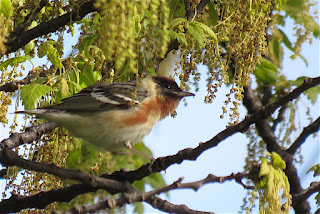 This Black-and-white Warbler was one of the more common species. 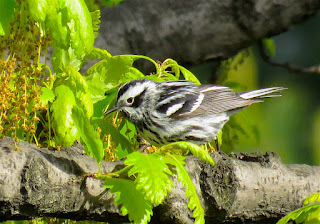 Another highlight was birding with friends. I fell into hanging out with this fun group of super skilled and experienced birders: from left to right Doug Futuyma, Rich Hoyer, Andrew Rubenfeld, Claude Bloch, Olaf Soltau, Marc Passmann, and Al Levantin. 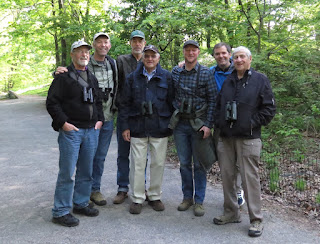