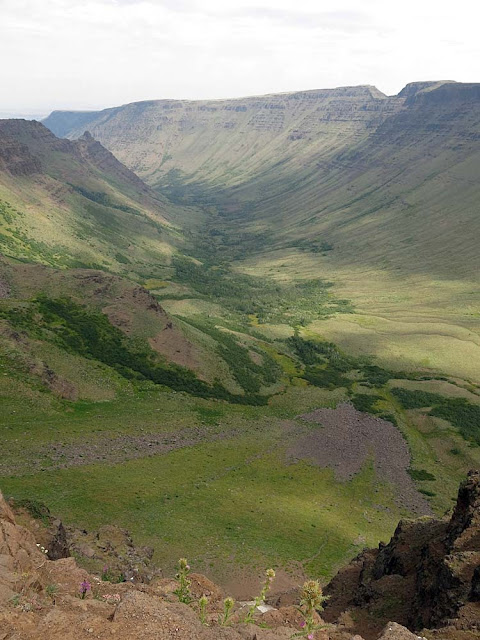 On the Oregon tours I lead in July and August (about every other year), we get to visit one of my favorite places in the world: the top of Steens Mountain, Oregon’s largest fault-block mountain in the northwestern Great Basin. (Note – it’s one mountain, and Steens with an s – though also note that as an  official geographical name it bears no apostrophe.) The endless vistas from multiple points just take your breath away, such as the view from the upper end of glacier-carved Kiger Gorge above.

Bird-wise, the one really special target is Black Rosy-Finch, and we scored immediately upon arriving at the East Rim Overlook. These mountain crags have Oregon’s only population of this species, and you can only get up here in most summers after July 4. I took this photo with Abbie’s camera, kind of tricky at a good distance. 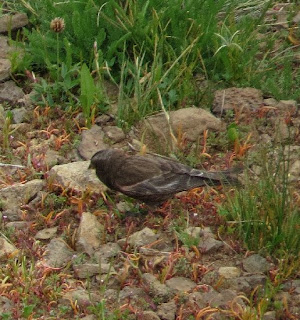 But there is so much more than birds here, though eye-level passes of a juvenile Prairie Falcon, below eye-level White-throated Swifts, and countless Red-tailed Hawks and sparrows on their post-breeding vertical migration upslope to where there is more food were certainly memorable. But some nice bugs are up here, and we scored two species of grasshopper that were new to me. This one is Bradynotes obesa, the Slow Mountain Grasshopper. It doesn’t hop very much and lacking wings can’t get very far anyway. 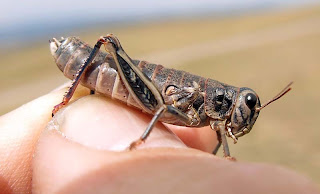 This one is Xanthippus corallipes, the Red-shanked Grasshopper, but its red wings stand out more than its shanks. 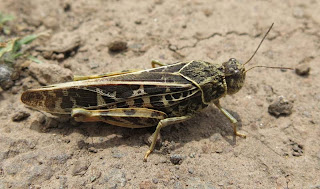 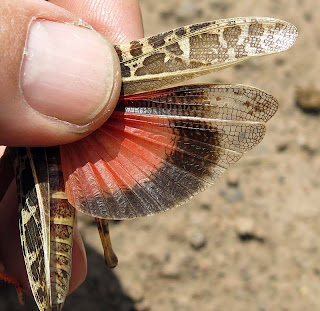 Another cool insect is Icaricia shasta, the Shasta Blue, an outpost here occurring at the very highest elevations quite a ways away from the next closest population. 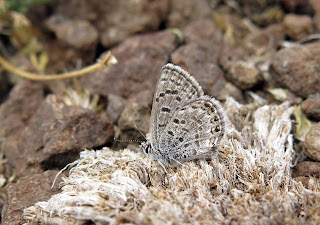 And the wildflowers are out of this world here. This being a birding tour, I snapped what shots I could, later keying out fragments I took with me at the dinner table at Linda’s Thai Room in Burns – it was a good opportunity to give a lesson in Asteraceae anatomy. This one is Oreostemma alpigenum var. haydenii, Tundra Aster. 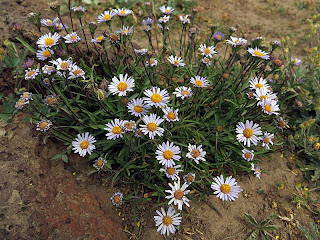 And this is Ericameria suffruticosa, Shrubby Goldenweed. 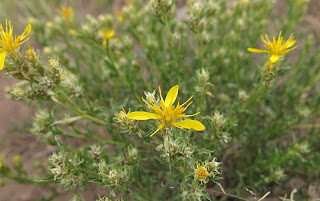 Then there were flowers and bugs together, such as this Great Basin Bumblebee (Bombus centralis) visiting the abundant and wonderfully minty Monardella odoratissima. 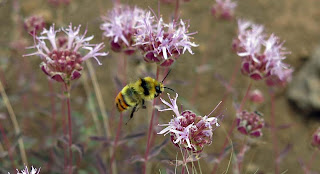 At lunch at Jackman Park, these little black-and-white moths were everywhere, and I saw a few getting nectar from the Veratrum californicum, California False Hellebore. They are distinctive enough to have garnered an English name – Police Car Moth, Gnophaela vermiculata. 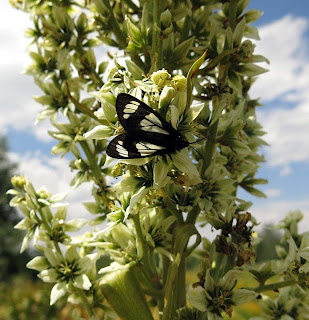 I’m looking forward to my next visit here already, scheduled for late August next year. 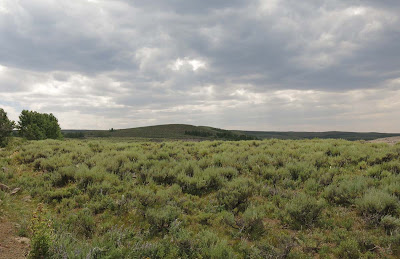 Posted by Birdernaturalist at 6:57 PM