My two weeks at home between Nepal and my next tour, the Galapagos, are up. In fact, when my flight takes off tomorrow morning, I will have been in Tucson two hours short of exactly 14 days. I’ve gotten a lot done.

I got back into baking right away, first making a seeded sourdough loaf using 65% sprouted whole wheat and 35% white bread flour. I roughly followed the very slow rise, relatively wet-dough proportions shared by Tartine Bakery’s Chad Robertson, said to be the “most imitated bread.”

But then I wanted to take advantage of this gorgeous heirloom Pullman bread pan that was given to me by a friend. And the one bread I know made in this form is a superdense, sunflower seed-studded sourdough rye loaf I got to know in Germany, simply called Vollkornbrot. So I found a recipe online that looked like what I wanted, and it turned out fabulous. 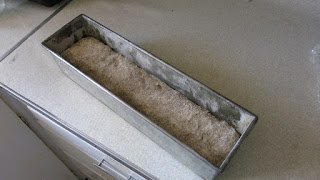 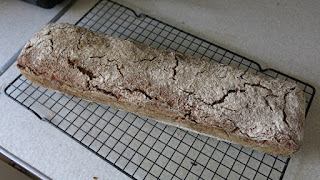 The real test: moist and dense, yet full of holes, and not in the least bit crumbly. One slices this bread very thin, and it’s even better toasted. It’s really good with a thin-sliced Schinken or Speck, or a smelly German or Dutch cheese, but I’m enjoying it with just butter. 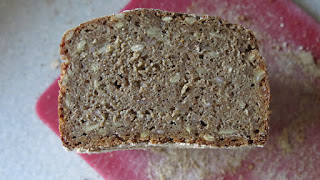 Then my friend Beth and I went to a demonstration at a farmers market about how a local baker uses locally milled mesquite flour (from the seed pods) in various baked goods, and the bread she had on display was almost exactly the same as the Tartine’s Country Bread I had made, just with the addition of mesquite flour.

So I experimented, made the same Vollkornbrot as before, but I replaced 15% of the rye flour with mesquite flour, and to try to emphasize this as a savory bread (mesquite is very sweet and can make things taste like dessert), I added chopped onion and Emmentaler cheese. This is the result, and I’ll probably write up the recipe for this, but I’m not sure exactly how to call it or where to put any hyphens. Sonnenblumenkernvollkornroggenmsequitesauerteigbrot? 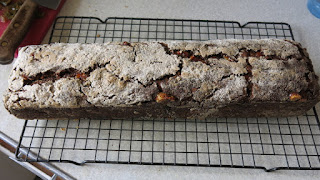 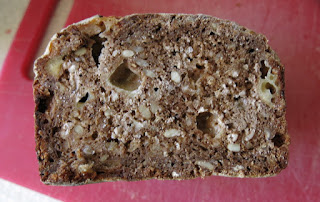 I did a bunch of work in the garden. The tomato plants I put in should have been lush and green but were spindly and anemic. None of the seeds I scattered around before Nepal ever emerged, and it seems that the drip hose and the timer weren’t on the ideal settings. At the farmer’s market, a couple of tomato growers suggested that my soil might be too alkaline, and I found a soil test kit for 1/2 off at Lowe’s.

Indeed, the pH is just a bit too high; most of our veggies and flowers prefer a slightly acidic soil, closer to 6. 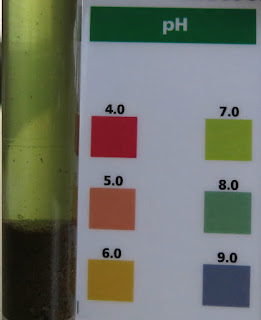 The nitrogen is low, not a surprise.

The Potassium levels in the soil are very high, so that’s not an issue. 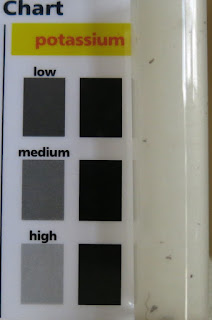 I needed to do a couple of runs for big garden supplies, so I looked into renting a car for a day, thinking this time of year there might be a last-minute deal at Enterprise, which has an office relatively close to me. But as it turned out, I have enough points in my frequent renter profile to rent a car for an entire week for free. So I got a car for 24 hours for just a few dollars in taxes and paid a visit to a few stores for soil, pots, a hose, fertilizer, soil amendments, and some plants.

I pulled up the soaker hose and dug in some aluminum sulfate. I repositioned the soaker hose, setting it deeper, then plunked in another tomato, three peppers, and a dozen annual Salvias to add color. I added some fertilizer higher in nitrogen and potassium, and watered it well. 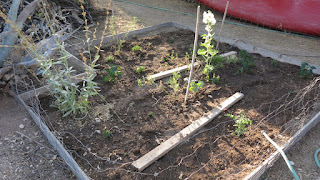 Then I stole some straw from my landlords as a mulch, as the dry air and heat really dry out the soil surface quickly. Now to hurry and wait. Actually, it’s probably time to start thinking about what to put in for a winter garden already. 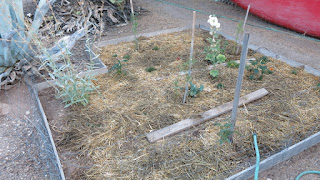 For the patio, I needed to repot some plants. This little key lime tree sprouted from a seed just 16 months ago and already looks like a tree. It was in a stupid plastic lard tub, and now has it’s own beautiful glazed pot. 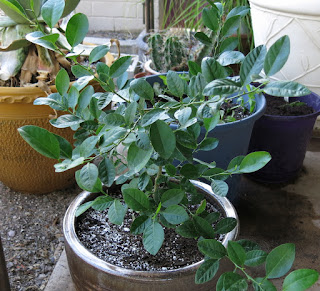 These seedlings are from a super sweet and delicious tangerine I had in northern Brazil last July. I pocketed a few seeds and stashed them in my camera bag, which I then discovered this past January. I sowed them all in one pot, and finally assumed they were dead after 3 weeks of no life, but then when I returned from my Costa Rica tour in March, all had sprouted. They were very crowded and now each has its own pot – all 11. 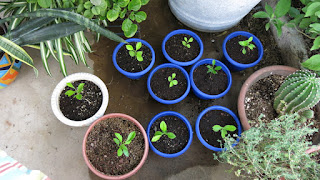 Finally, I needed to free my Gardenia from the spearmint that I planted in with it. The spearmint had sent runners all around the rim of the pot and were shading out the gardenia, not to mention masking the smell of the flowers. So here’s the Gardenia freed. 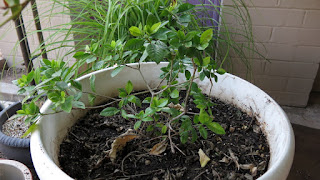 And a few pieces the spearmint on its own (a bunch went into the compost). 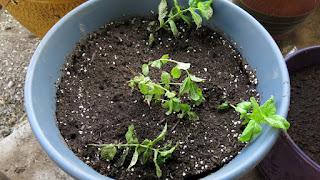 I also just barely managed to salvage the one last stem of Corvallis peppermint that had been holding its own for a few months but was all but lost in the spearmint. It now has its own pot, and I can only hope that it recovers. 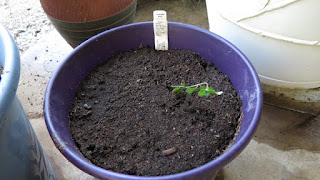 I also got in a bit of knitting, but only in bits and pieces. I knitted up this totally seamless potholder, a design I made up but was quite surprised to not find already published. I’ll write it up and sell it on Ravelry some day. 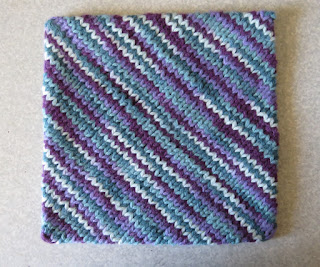 And I got back into working on this hat that I started in Nepal, but ran out of yarn for. I hadn’t bought enough of this very nice wool-yak blend, and as soon as I got home I ordered more of the same dye lot from the shop where I bought it not far from the Chicago airport. It arrived, and I now I can finish the hat. And start on something else. 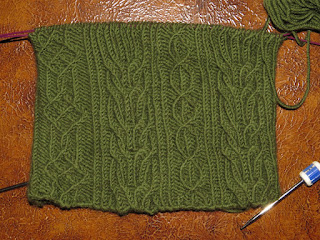 Of course, I also did some work. For example, I finished the text and bird list for a new WINGS tour I’m offering to Oregon in August 2017 – a one-time tour to see some nice birds and habitats, including Malheur National Wildlife Refuge, but the main attraction being the total solar eclipse on August 21, 2017.

Other things that have made coming back to Tucson worth it: seeing the Pine Flycatcher, dinners with friends, birthday parties, and singing five-part madrigals (just started working on a fabulous trio of Orlando Gibbons pieces starting with Nay Let Me Weep).
Posted by Birdernaturalist at 11:42 AM