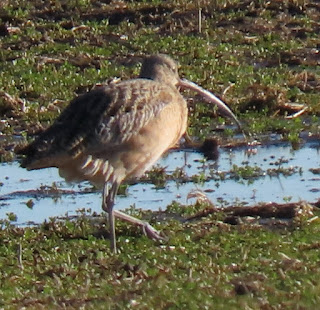 I decided to give the two Long-billed Curlews found by Barb Combs the day before on the Brownsville CBC a search. It’s a rare bird any time of year in the Willamette Valley, but there are exceedingly few winter records. I finally found them after searching their field about a mile SE of the town of Halsey three times, each time going away to look for other birds.

Bald Eagles were ridiculously common in the area. 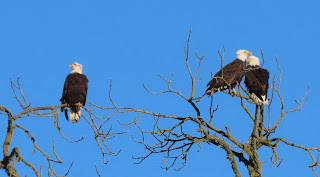 There were also lots of gulls, mostly Mew Gulls, but they were mostly distant flocks, and I didn’t spent that much time scouring them for unusual species. Many were flying by, and I managed to get his rather unpleasant looking Herring Gull. 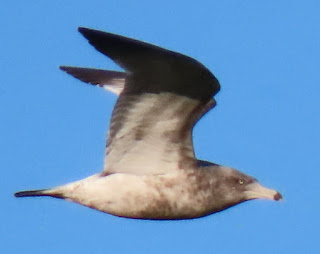 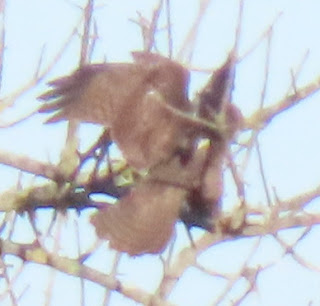 Finally a bit of fun with a flock of Dunlin and Black-bellied Plover. I only estimated the former at about 4000, while I counted 44 of the latter.