A Homerus Run in the Cockpit Country!

I'll post quick blog from this morning's outing during the afternoon break before we head out to do some late afternoon marsh birding.

We did the Cockpit Country this morning, and though many of the birds were rather reluctant to show (perhaps many are on nests now), we did hear a lot and scored big on two rarities.

This was my second ever sighting of the Homerus Swallowtail, a very scarce and threatened species.
Endemic to Jamaica, this is the largest species of swallowtail in the New World. 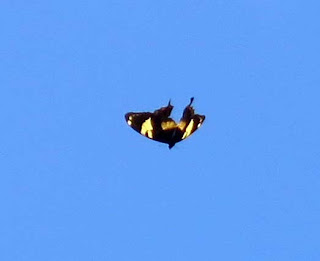 Also a second for me was this Plain Pigeon, but the previous one a few years ago was just a fly-by. I had heard it only on two other tours, so this was a great find. Other birding groups before us had seen and heard it here recently, so it was almost a stake-out. But we were extremely lucky to find a tiny hole in the vegetation where we could look down into a deep valley and see the tree where it was perched. 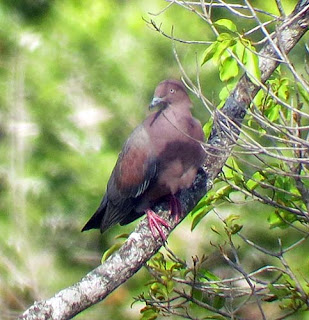 One bird that was more obvious than usual (and was so almost every day of the tour, actually) was Jamaican Tody. I just can't get enough of this adorable thing. 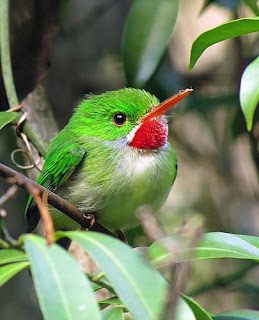 There were a few flowers to look at, and even the plants not in flower are fascinating, as there are so many endemics here. One of the endemics and lovely to look at was this orchid, Tolumnia pulchella (formerly Oncidium). 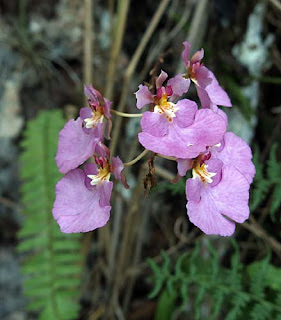 Posted by Birdernaturalist at 11:49 AM