Here’s a total of some great birds from our less than two hours at the Elim Pools of the Upper Black River Morass yesterday evening:

All great birds, most often missed on this tour. The martin was perhaps the biggest surprise, since they have become so scarce on the island in recent years (none since 2009 for me). The Yellow-breasted Crakes had been seen by some groups recently, but they are always very difficult – I’ve seen it on only 3 of my previous 13 tours here. Thanks to John Parmeter’s great eyes and fierce persistence (it was one of his most wanted birds), we saw one foraging along the marsh edge not far away, then running when another came along and chased it. Two were also calling on the opposite side of the channel but in dense vegetation where nothing could be seen. 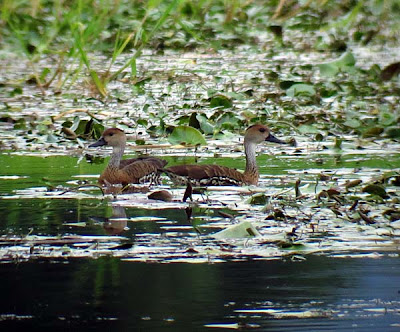 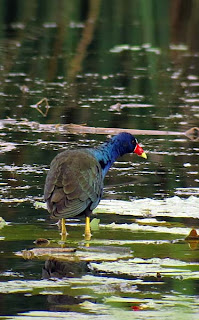 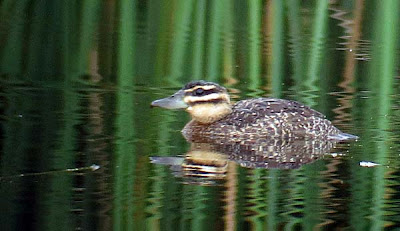 Today was our last day, and with short work of a Grasshopper Sparrow a few minutes’ drive from Marshall’s Pen, we had seen all extant endemic species and subspecies of birds known from Jamaica, the first time I’ve ever done that. Plain Pigeon and Greater Antillean Elaenia are the two most difficult (recorded only on 3 and 4 tours, respectively); only once before I heard the pigeon and saw the elaenia on the same tour.

A couple shots from Marshall’s Pen this morning: 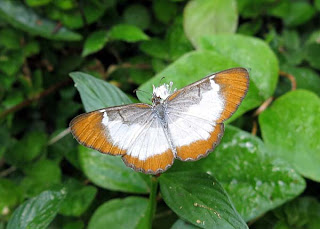 Vervain Hummingbird in the garden just a couple feet from me. It’s supposedly the world’s second-smallest hummingbird, after Cuba’s Bee Hummingbird. But considering individual variation in size, I’ll bet one could find a small Vervain smaller than a very large Bee Hummer, don’t you think? 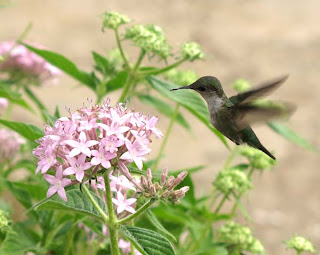 I might be a bit quiet here on my blog for some time, as I’m about to embark on a completely different sort of trip in a couple days. With just one full day at home for post-tour work and last minute shopping, I leave for Sabah, Malaysia on the island of Borneo, where I’ll be birding and recording bird songs on my own for 13 days. It will take 3 full days to get there, and once there I’ll split my time between Mount Kinabalu and the Danum Valley (with also a quick stop in Sepilok, if there’s time). Then after Borneo, I’m headed to the Indonesian Island of Lombok where I’ll help celebrate Andrew Broan’s 50th birthday for several days.
Posted by Birdernaturalist at 8:54 PM