As long as I'm blogging about Chaparrí Reserve in northern Peru (where Fabrice Schmitt and I are scheduled to lead a WINGS tour), here are some of the butterflies that I saw there in early December 2011.

This region has a very pronounced dry season, supporting an isolated TDF – Tropical Deciduous Forest. It is isolated in the north by the wet Chocó region, in the east by the Andes (topped by the moist cloud forests on the ridges, though the TDF of the Marañon Valley is very close), and to the south by the Atacama desert. There are a lot of widespread TDF species and genera (among plants and animals) that occur here and this Pale Cracker is one of them, occurring north into the Caribbean. But the subspecies here, Hamadryas amphichloe lamasi, appears to be endemic to Peru and probably also Ecuador. 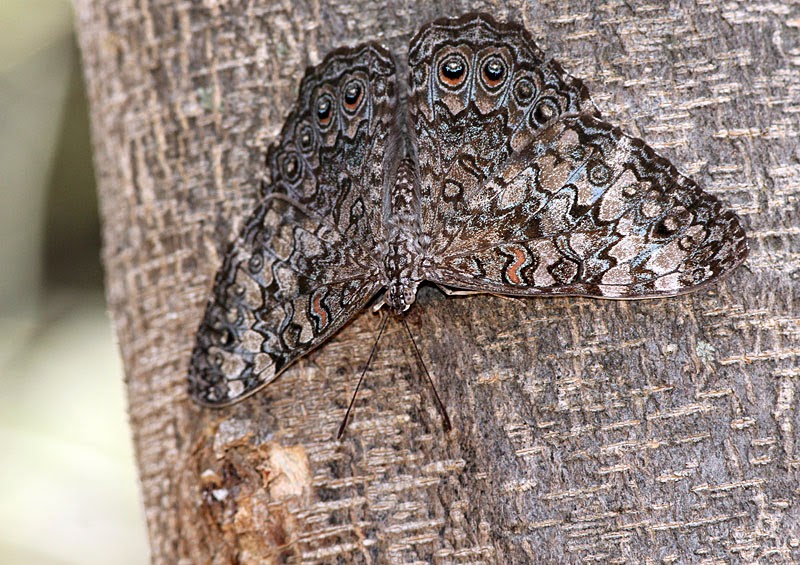 This blue is in the genus Leptotes, like our familiar Marine Blue. It looks most like Leptotes trigemmatus, the type specimen of which is from the rather distant Chile. Leptotes lamasi, from the nearby Marañon Valley, is much closer distance-wise but doesn't look very similar. Some variation in the pattern is possible, but it's also possible that this is an undescribed species. 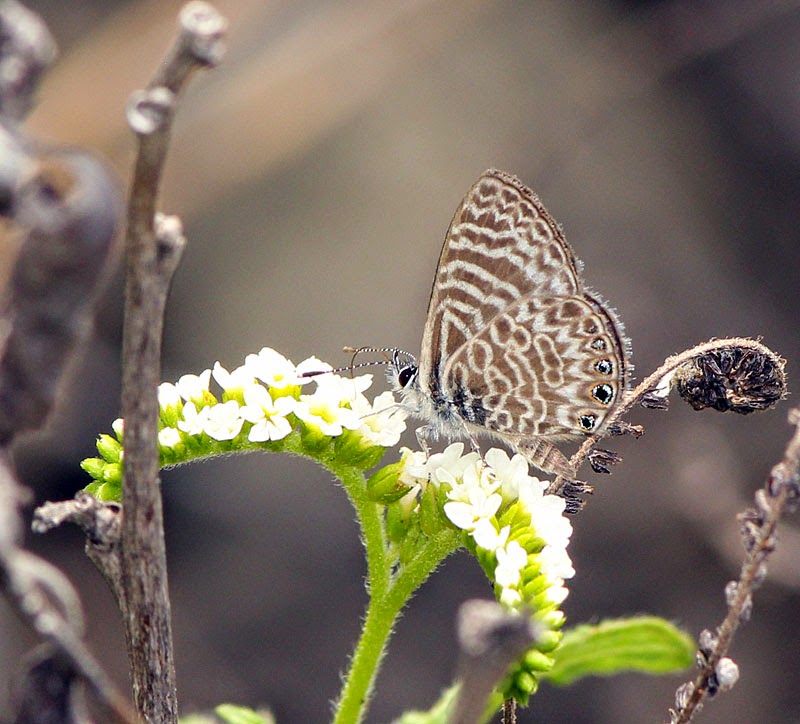 This skipper is in the very large (55 species) and confusing genus Staphylus, known as sootywings, some as scallopwings. This is closest to S. huigra. 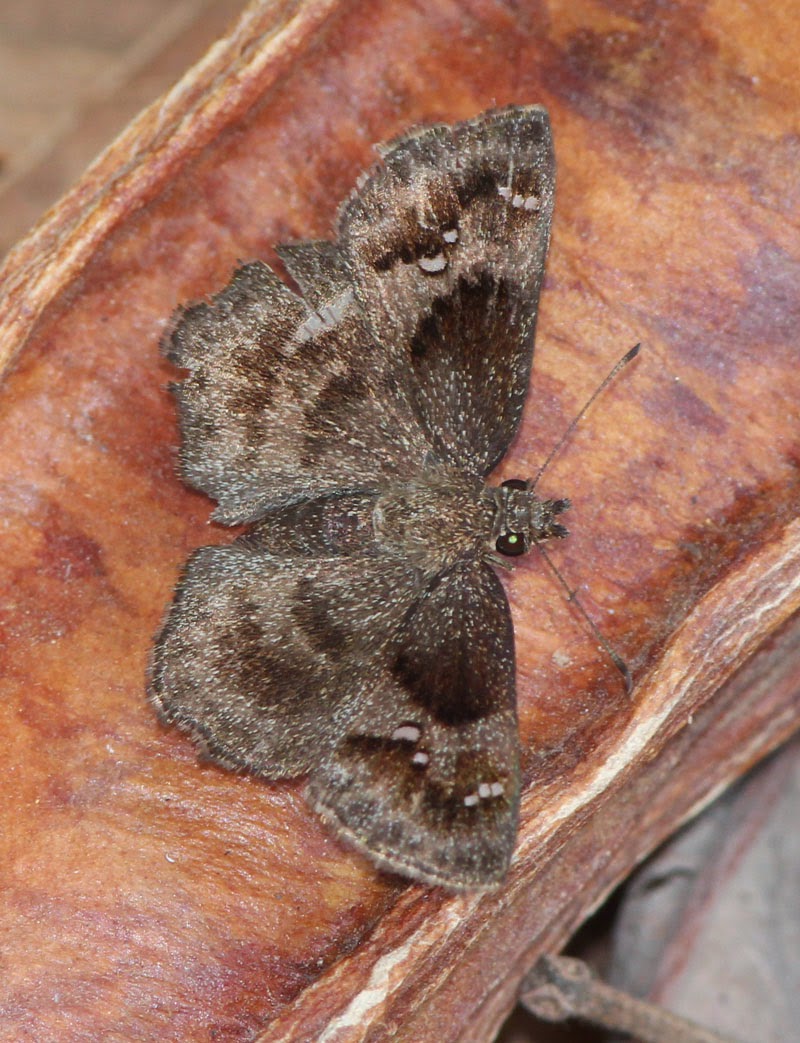 This brave or determined hairstreak is Strymon daraba, endemic to this region of Peru and Ecuador; it's possibly interested in laying eggs on this lantana, but the host plant is unknown. 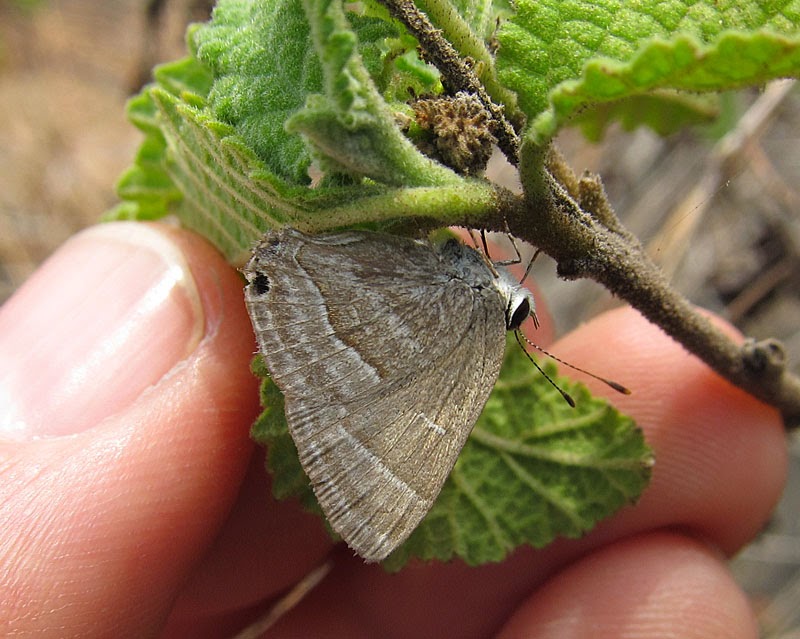 The widespread Lantana Scrub-Hairstreak, Strymon bazochii, on the other hand, is well-known to use lantana as a host plant, but this one is imbibing nectar from this composite (note the unusually large phyllaries, one of them perhaps aberrantly exceeding the ray flowers in length; this reminds me of Zexmenia, but there's also the closely related genus Oyedaea, which I'm not familiar with). 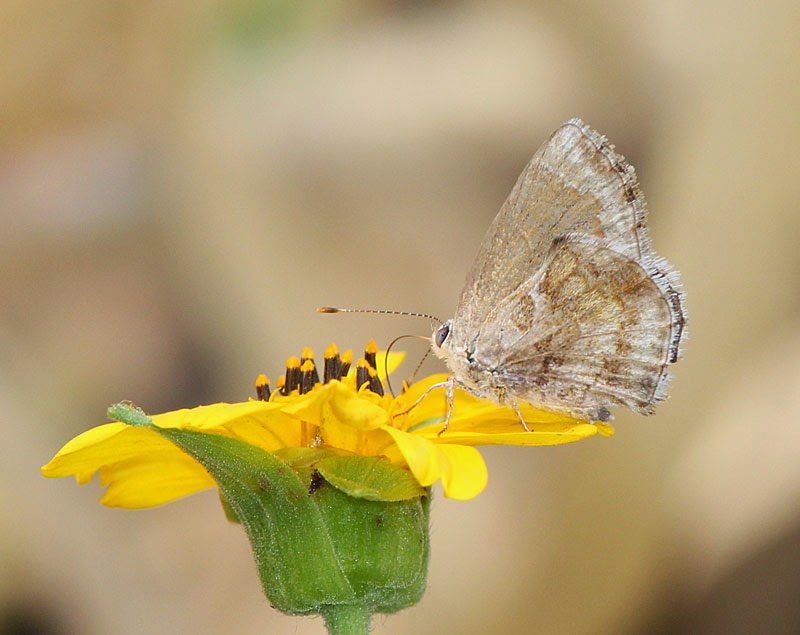 This Red-crescent Scrub-Hairstreak, Strymon rufofusca, is known to use mallows as a host plant in Mexico, so I presume it was searching for nectar on this plant, which I think is a Croton species. 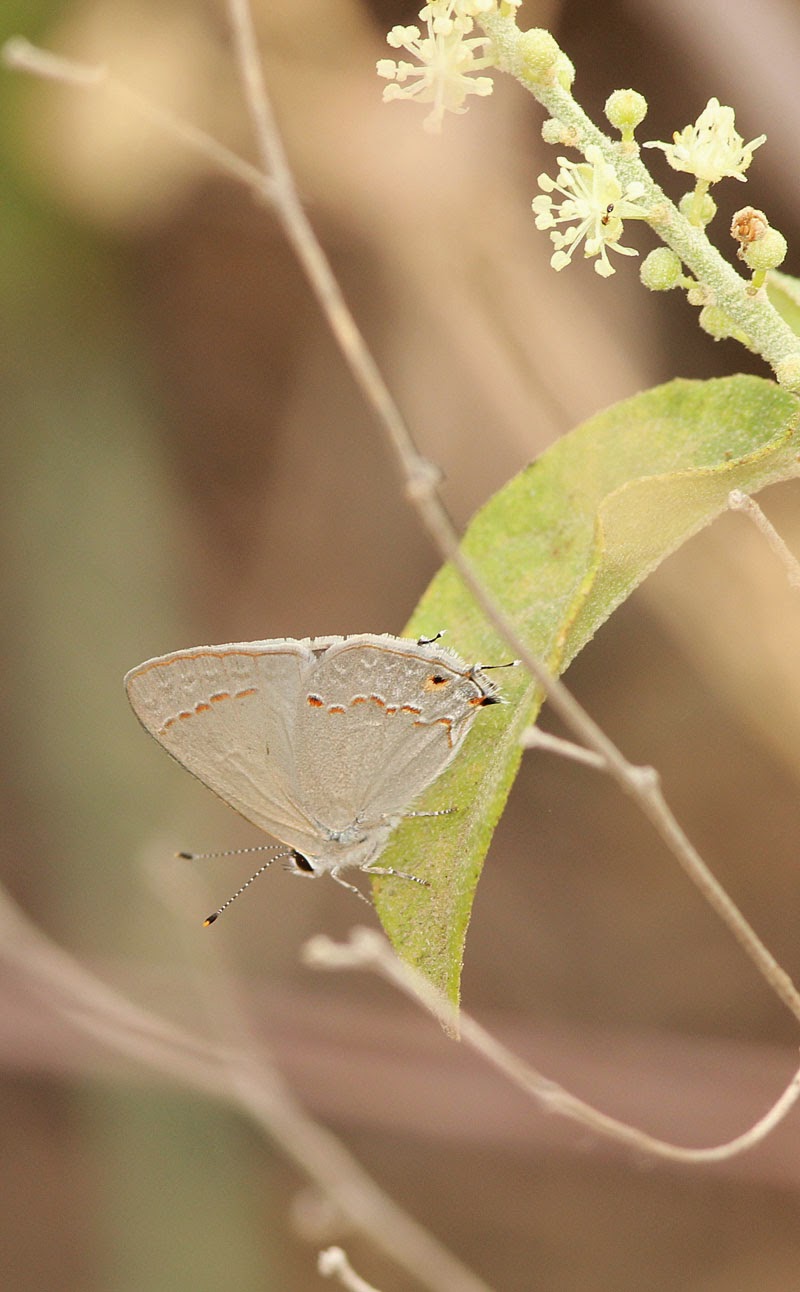 Posted by Birdernaturalist at 12:00 PM