Some Plants from Chaparrí Reserve

If you haven't been keeping up on my blog the past week or so, I've been trying to bring attention to the WINGS tour to northern Peru that I'm slated to lead with Fabrice Schmitt this coming July. Tell your friends about it.

I'm on my way to Costa Rica right now (though a bit waylaid due to Turriabla spewing stuff into the air that jets are apparently allergic to). I'll have plenty of blogging material from Costa Rica, assuming I get there, but in the mean time I have just two more blogs to share from the delightful Chaparrí Reserve, where the WINGS tour will be staying a couple days in July. Before I get to some of the other birds, here are the plants that I photographed there on my stay in early December 2011.

I don't know what they all were, but this being a tropical deciduous forest, many were at least somewhat familiar. The dry season is quite harsh here, which does limit the species diversity, at least locally. One could hike for an hour into the hills and diversity would explode, but the plants that are adapted to these lower elevations are fascinating. 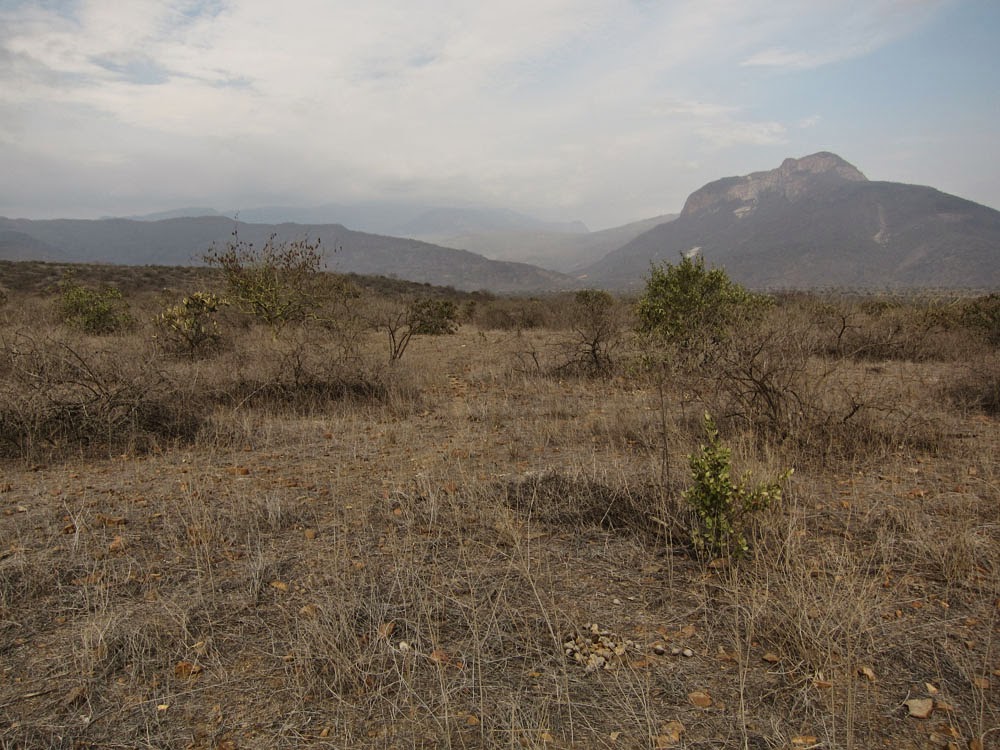 Some are quite familiar. This appears to be a palo verde, Parkinsonia praecox, which is native north to Sonora, not far south of the Arizona border. 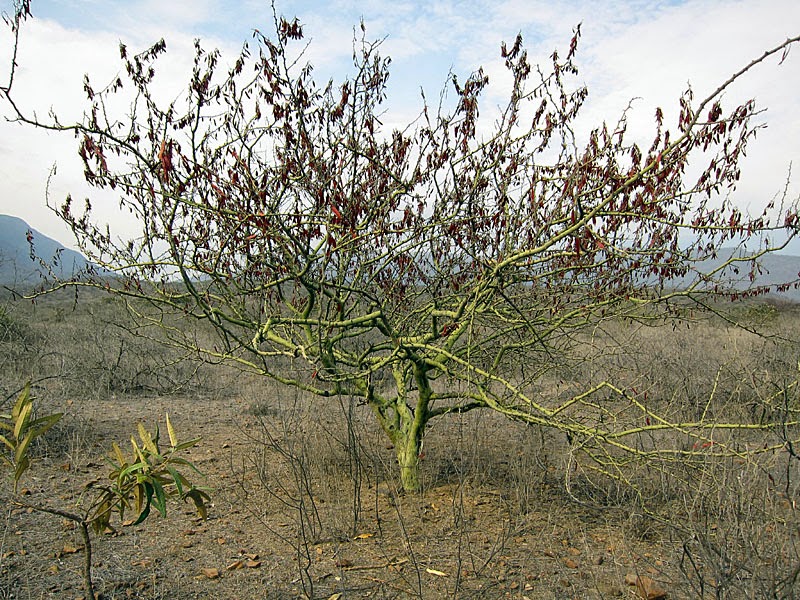 I thought this tree resembled members of the caper family, and indeed it is sometimes placed in the genus Capparis. But the most current name for it seems to be Colicodendron scabridum. The big fruit is apparently edible and is eaten by the Senchuran Foxes and Spectacled Bears. 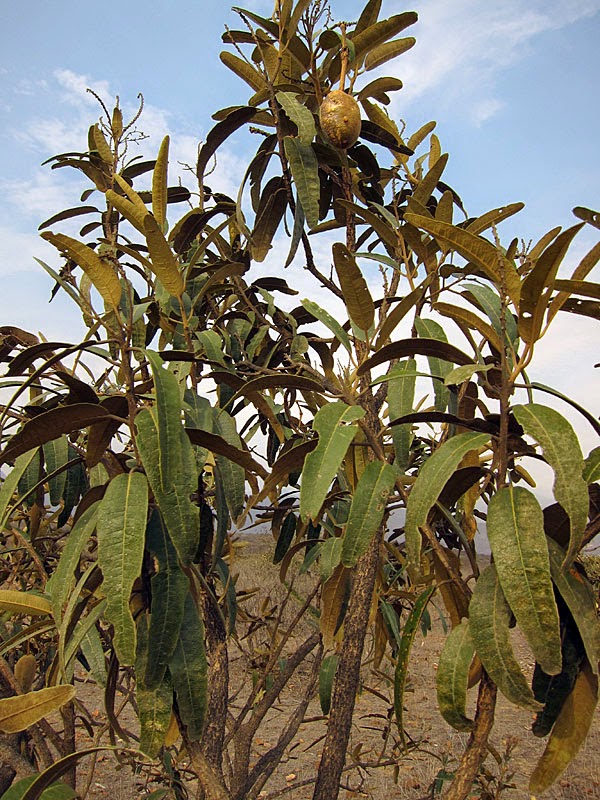 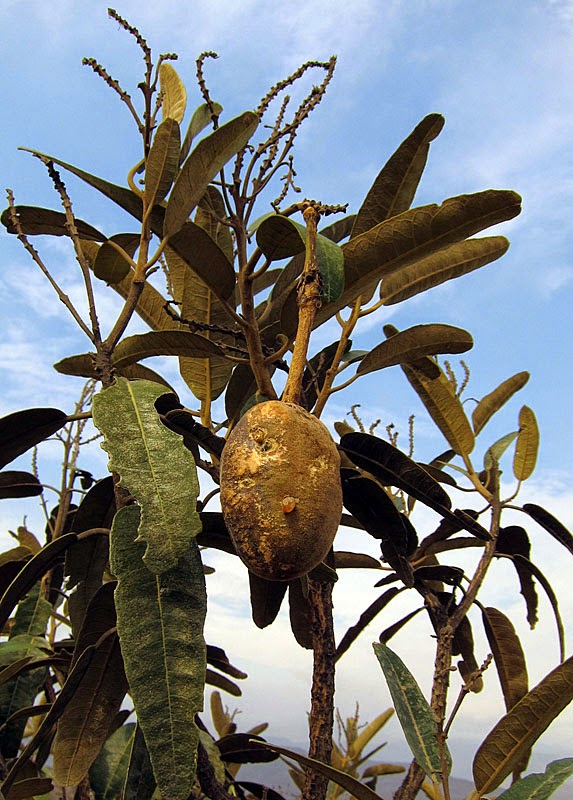 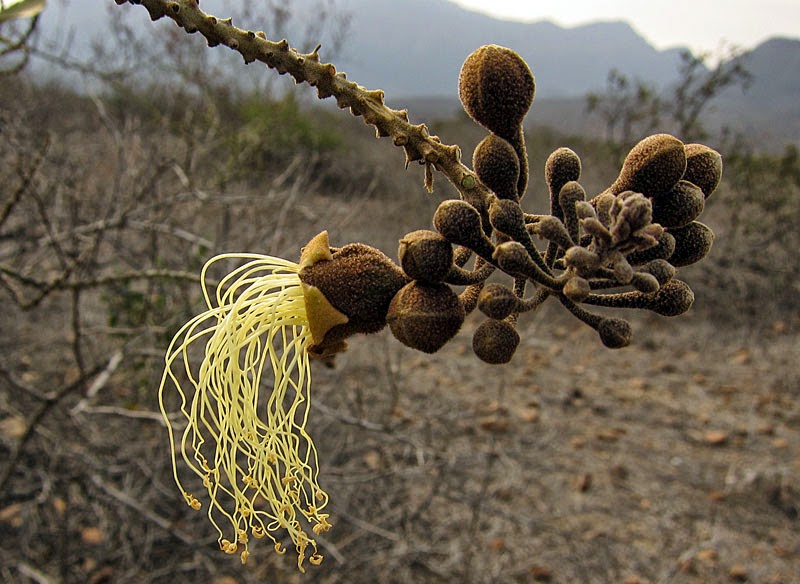 Another plant that looked vaguely familiar was this flower, which I thought was a Cordia species. But upon closer inspection, those dense, globose flower heads and five, finger-like sepals under the flowers look rather un-cordia like. 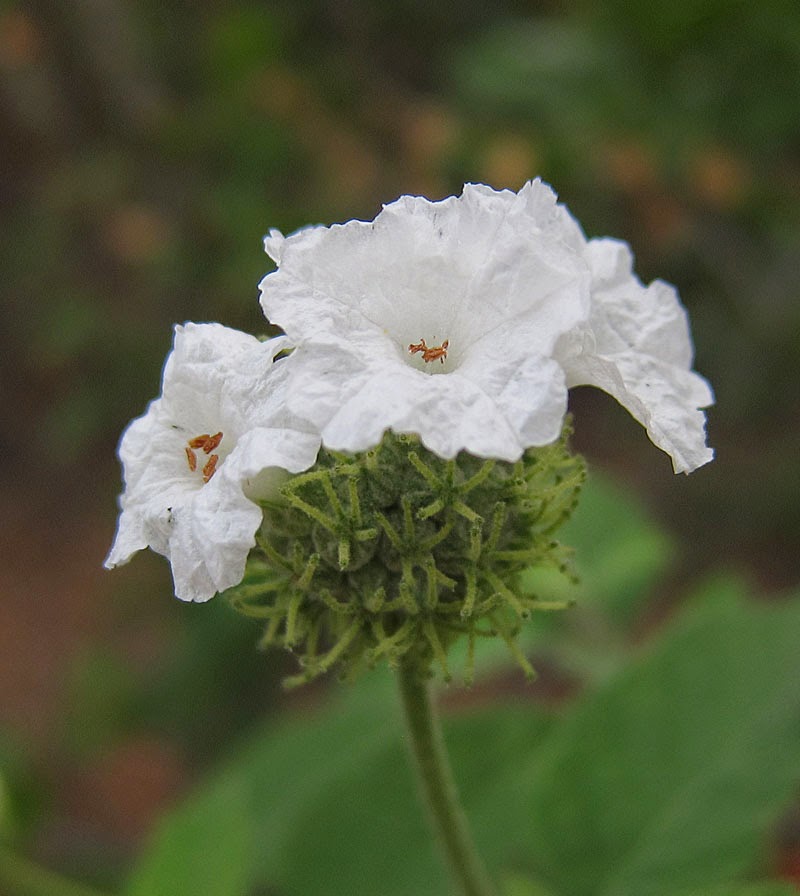 This one reminded me of Ayenia, and looking into that family (formerly Sterculiaceae, along with cacao, but now that whole family is part of Malvaceae) I was led to Byttneria, probably B. parviflora. 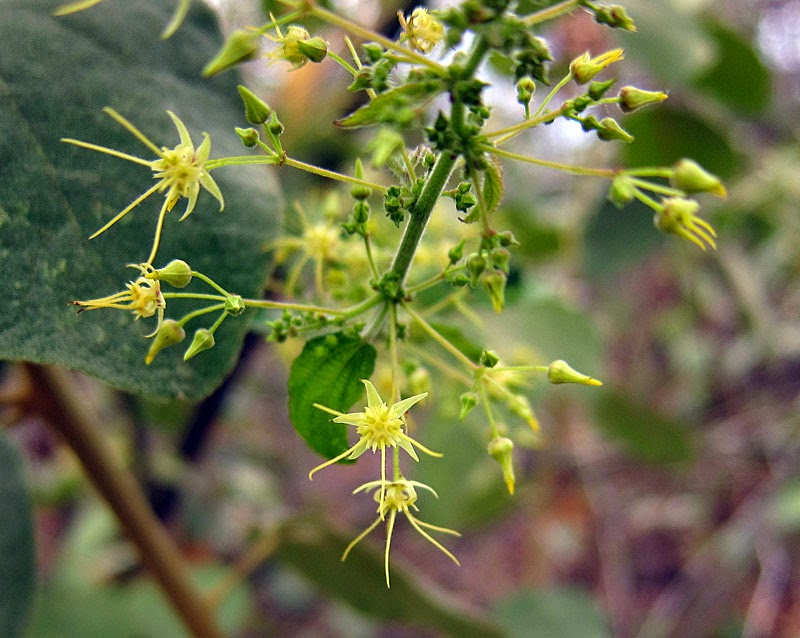 It was surprising to see even some smaller flowers in bloom, but most were near the stream. The very open, flat shape of this morning-glory flower makes me think Evolvulus, but there is also the similar genus Jaquemontia. 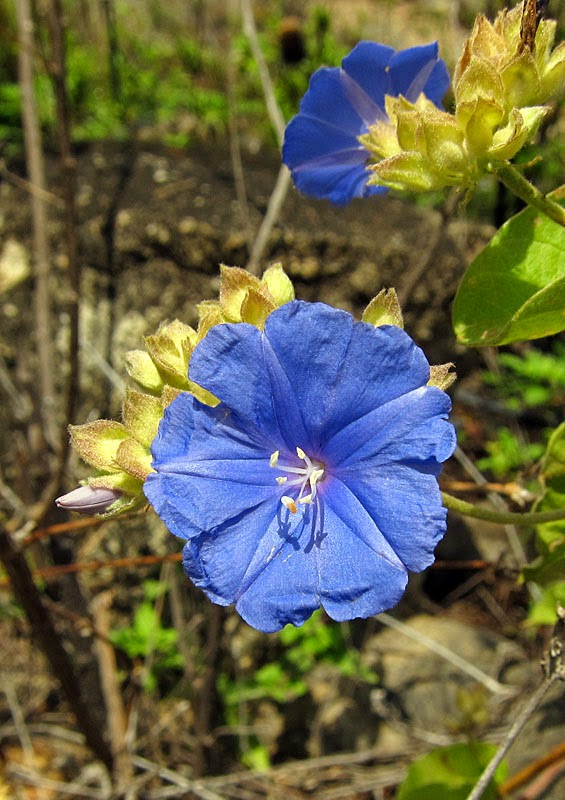 A couple flowers in the family Acanthaceae caught my eye. This one is a Tetramerium. 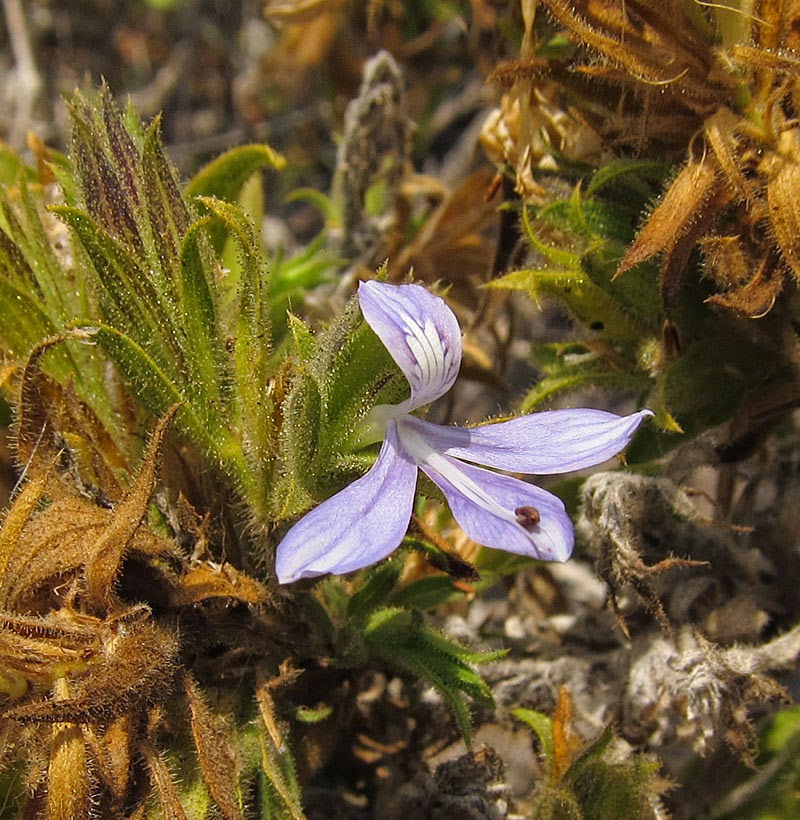 This is a Ruellia. 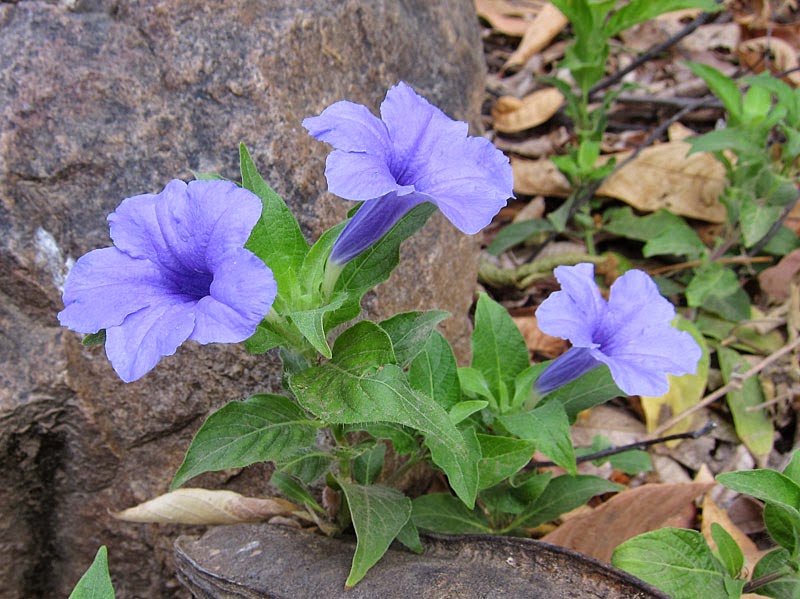 Finally, I thought this last pink flower was also an acanth, but now I'm not so sure and think it might be a scroph, which would mean now that it's in the plantain family (Plantaginaceae, nothing to do with bananas). Or maybe it is an acanth... 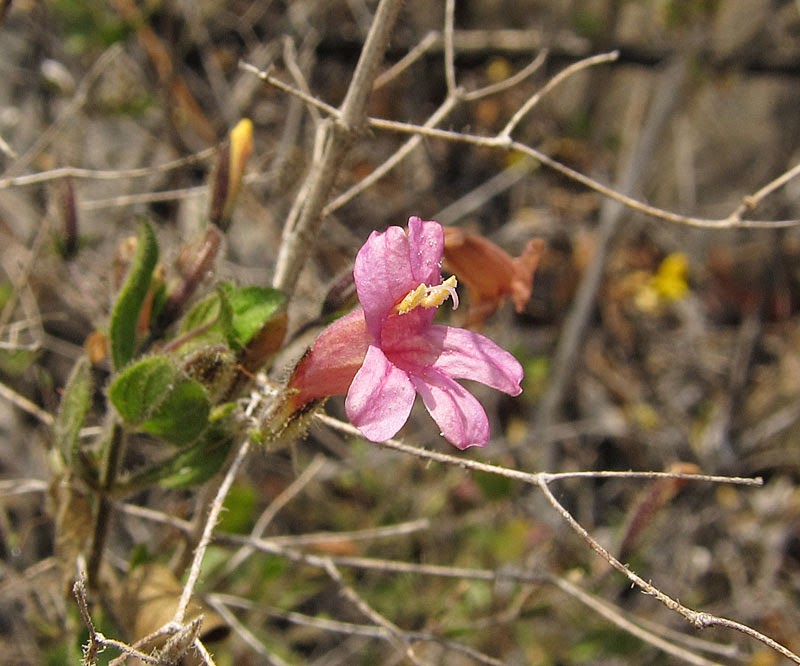 Posted by Birdernaturalist at 11:38 AM