Today was my first full day guiding my 19th tour (20th trip) in Costa Rica. We've gotten off to a rather disjointed start. Since Volcán Turrialba blew a big cloud of ash that drifted right over San José and its international airport on Thursday mid-day, all flights were canceled for a day and a half. I was stranded in Fort Worth for two nights, while one participant was stuck in Houston, and the other in Phoenix. I got in yesterday afternoon, one participant should be arriving around midnight tonight, and the last one won't catch up with us until tomorrow afternoon. Makes life interesting.

We were in the Cerro de la Muerte area all day, birding around Savegre Lodge and the Providencia Road. The highlight for me was my first Rough-legged Tyrannulet in Costa Rica, finally. My first ever was just in Brazil a little over a year ago, but it seems that these are quite likely two different species. This one would be called either Zeledon's or White-fronted Tyrannulet if they are split (which the IOC already does). 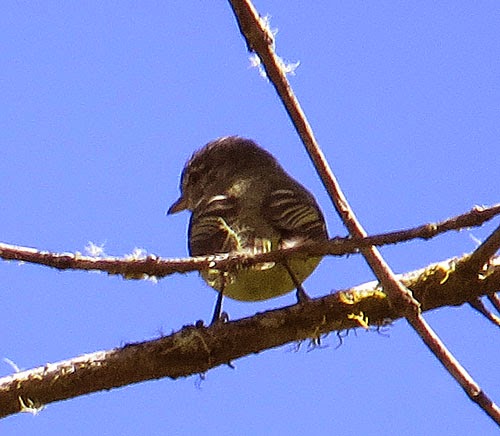 It was mostly sunny with lots of butterflies, but few would sit. This Pale-banded Gemmed Satyr, Cyllopsis philodice, finally did. 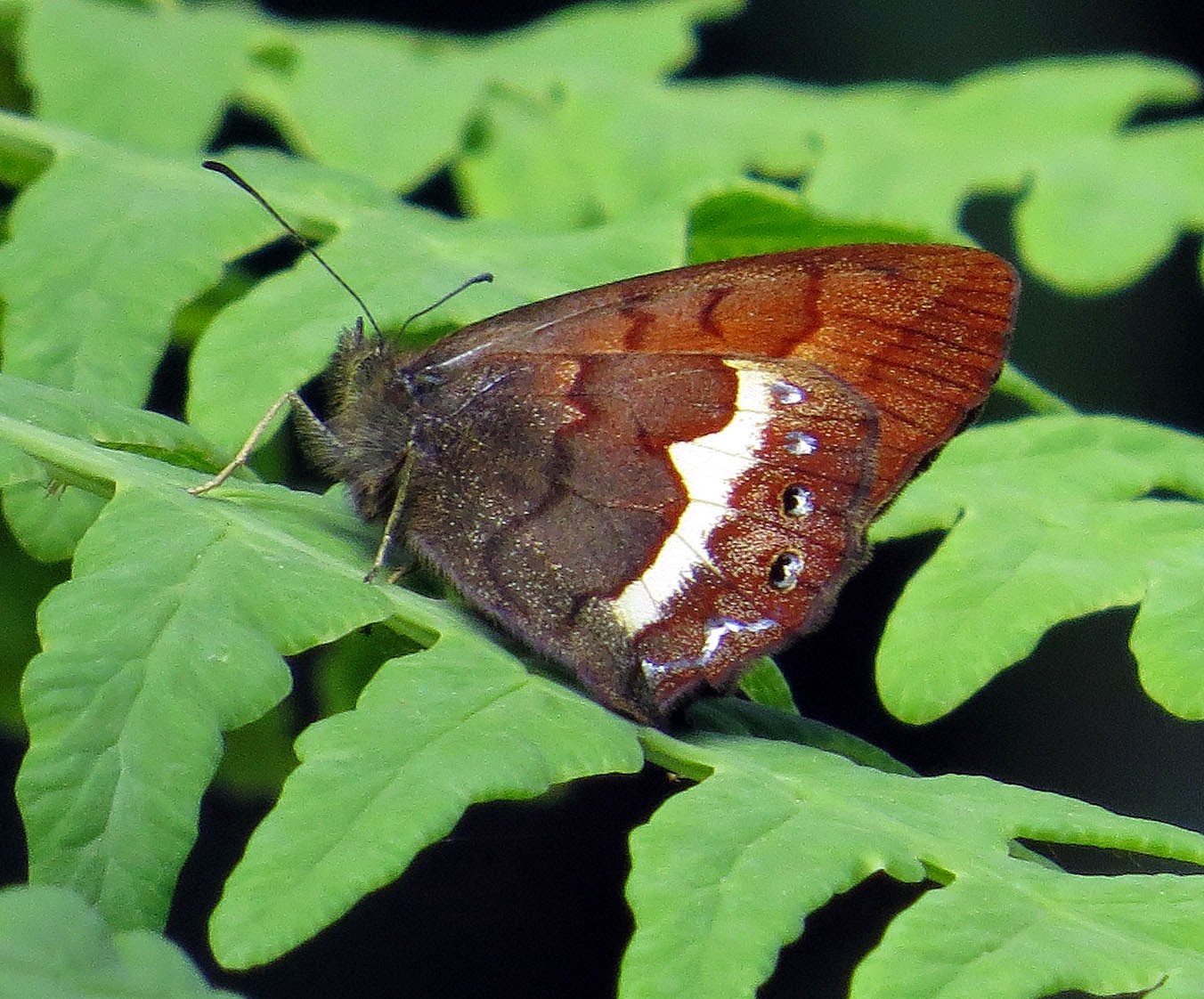 A pair of Long-tailed Silky-flycatchers are nesting right outside our rooms. The male seem to stand guard most of the time. 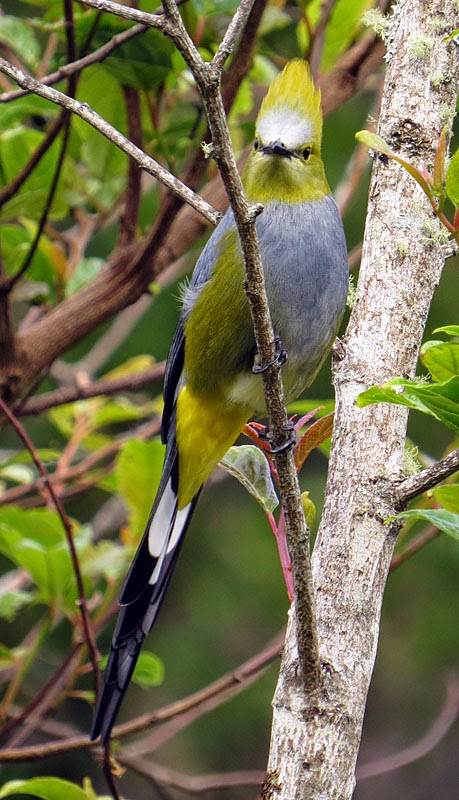 I spotted this orchid blooming next to the road and made Ricardo stop so we could look at it. Marino, the owner of the lodge, tells me it is in the genus Telipogon, and it is one of the few orchids that can be found blooming during this time of year. August is the main season for orchids. 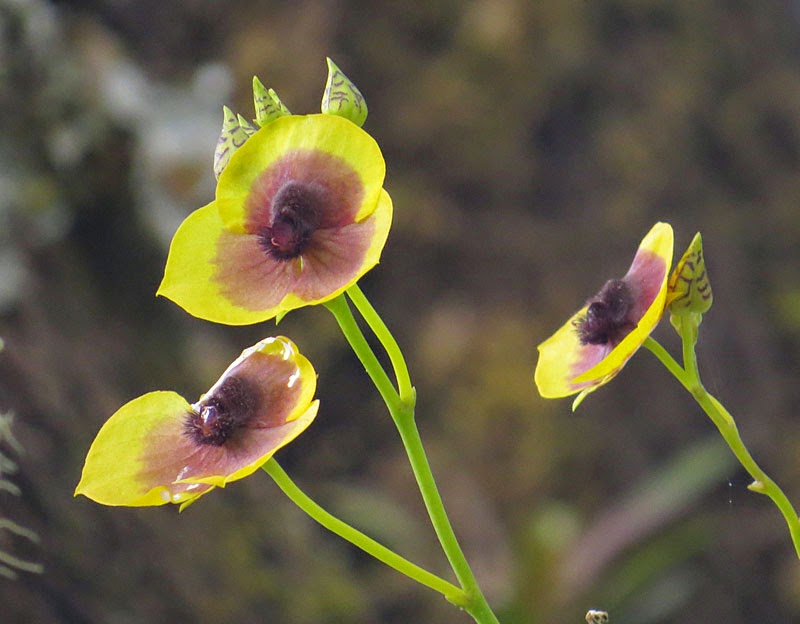 In the late afternoon we had some good finds, but three Spotted Wood-Quail that were not threatened by our presence just a few feet away sat next to the trail and preened each other. 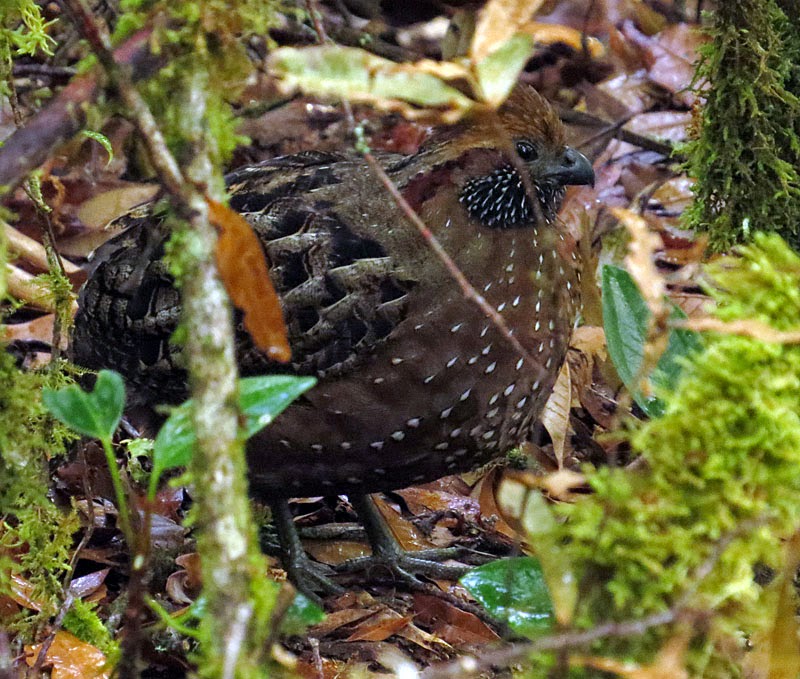 Not a bad day.