On the second day of my WINGS tour to the Cape Region of Baja California Sur we headed towards the Sierra La Laguna Biosphere Reserve in the core of the peninsula. There is only one bumpy, washboarded road that leads 23 kilometers from the main highway to an elevation of  about 700 meters (2300 feet) in a collection of private ranches known as San Antonio de la Sierra. It’s not that high, but the slightly cooler temperatures and higher rainfall support an open oak woodland and a fascinating mix of vegetation along the arroyos that differs strongly from the tropical thornscrub and desert from the more accessible areas of the peninsula. Brahea brandegeei, Brandegee's Fan Palm, is one of the most beautiful members of this plant community, which also includes several endemic oaks, an endemic cottonwood, and many others. This palm isn’t endemic, also occurring across the gulf in Sonora. In fact, the northernmost records are only about 50 miles (80 km) south of Douglas, Arizona in the same watershed as Guadalupe Canyon. 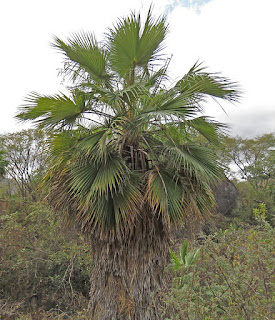 Another non-endemic is Acacia farnesiana, Sweet-ball Acacia, also known as Huisache in Texas. The plants here were in full bloom and particularly fragrant, the enchanting smell filling the air as we walked near them. 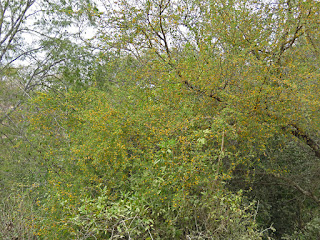 Somewhere between 1/4 and 1/3 of all the plants are endemic to the peninsula, including nearly 30 species of nipple cactus. This looks closest to the endemic Mammillaria schumannii, but the field guide only includes eight species in the genus, and flowers are needed for certain ID. 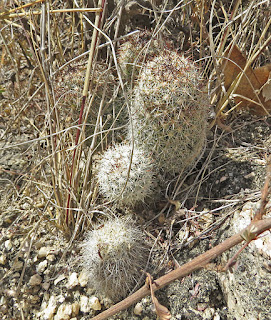 Despite not having a tall, dense evergreen forest, this elevation is apparently offers perfectly good habitat for the endemic subspecies of Northern Pygmy-Owl, which when split will be called Cape Pygmy-Owl (with slightly higher, shorter, and downslurred notes, as well as slightly faster delivery than most birds from California and Oregon). We had two of them, and I’ve never missed it in my six trips here. They are only rarely found away from this oak woodland in the mesquite and acacia-dominated woodland at lower elevations in well-watered arroyos. 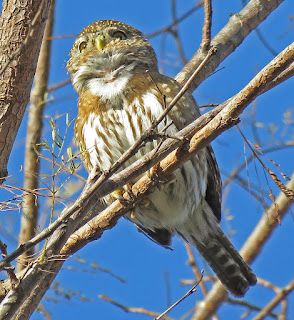 The endemic Xantus's Hummingbird also prefers woodland over open desert scrub, but it’s not picky as to the plant species and can be found down to sea level as long as there is food and cover. This is a very reliable place for them, and we watched this male feeding repeatedly from the developing inflorescences of the Brandegee’s Fan Palms, presumably a sweet exudate on the buds. It would rest between feeding bouts on shrubs just a few feet away from us below eye level. 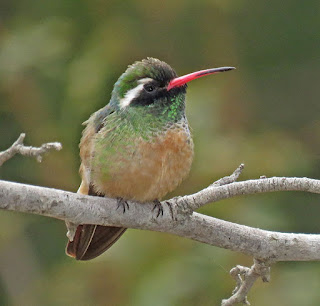 This area is crawling with passerines that breed in the Pacific Northwest. This is Pacific-slope Flycatcher. 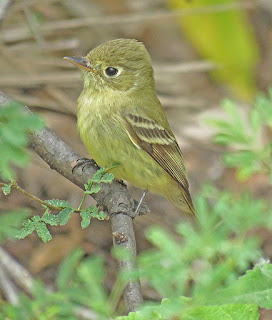 I was amazed and delighted to see the orange on this Orange-crowned Warbler through my camera’s viewfinder as I snapped this shot. 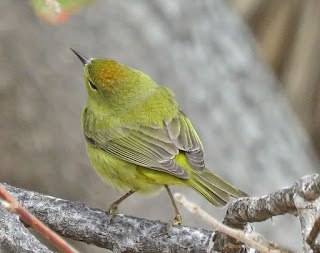 There were several Western Tanagers here and many other places where we birded. 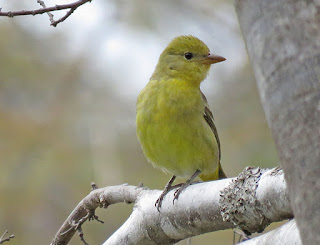 Ash-throated Flycatcher is very common in all habitats in the peninsula, largely feeding on fruits of Bursera species. 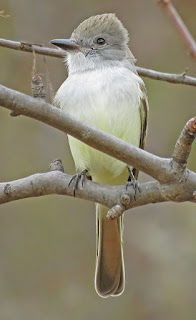 This Red-tailed Hawk is probably a resident bird, looking very much like the pale subspecies Buteo jamaicensis fuertesi from Arizona. A lot of the immature and darker adult birds we saw were probably wintering here from the US or Canada. A bird fitted with a satellite transmitter in the Goshute Mountains, Nevada in 1999 wintered not far north of here three years in a row, returning to a summer territory in Idaho each year. 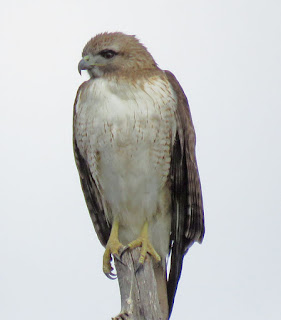 We did not see nearly as many butterflies as I have in previous years, but it began to get cloudy before noon, keeping it pleasantly cool for us. This is Danaus gilippus, the Queen. 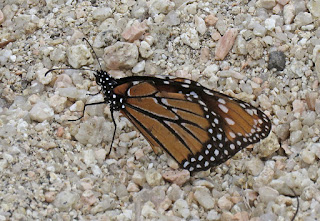 Anthanassa texana, Texan Crescent. Both of these are also common in my yard in Tucson. 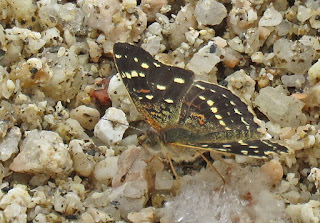 On the way back to our hotel in the afternoon we stopped in San Bartolo to admire a grove of these amazing Ficus palmeri, Desert Rock Figs. They were full of fruit, attracting probably over 20 Western Tanagers. 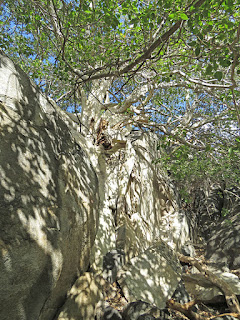 Posted by Birdernaturalist at 11:27 AM