Our third day on the WINGS tour to Baja California’s Cape Region was a very relaxed one. It began with a picnic breakfast outside my hotel room, as we watched the sun rise over the Gulf of California. We then drove to some coastal desert scrub south of Los Barriles in search of better views of California Gnatcatcher and other desert birds. 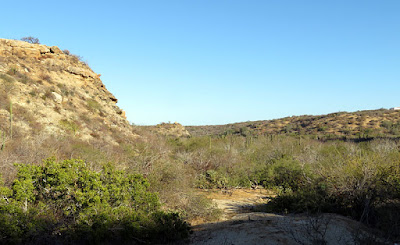 We got great views of the gnatcatchers, Ash-throated Flycatcher, Gray Vireo, and this Gray Flycatcher. The plant is one of several species of elephant tree in the genus Bursera found here, and the berries are food for the ash-throat and the vireo, but I’m not sure about the Gray Flycatcher. 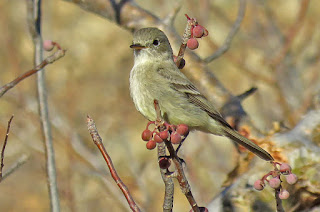 It was fun to see this Fouquieria diguetii, Adam's Tree in bloom. I have one in a pot on my front porch that I bought at a nursery here in Tucson several years ago. Costa’s Hummingbirds love it. 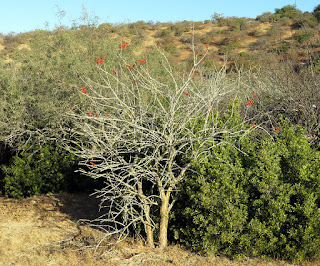 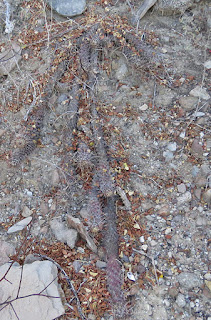 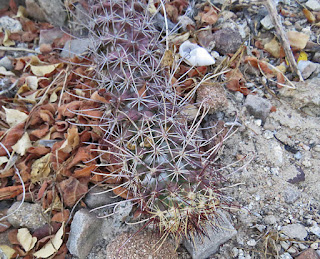 In the later morning we walked about 3/4 mile (to avoid getting stuck in sand) to a small estuary north of La Ribera. 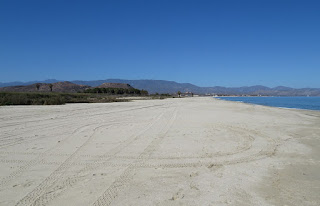 We padded the list with several shorebirds, herons, and ducks, but we also had two surprises here, both new for me in Baja California. One was this first winter Glaucous-winged Gull. The other, even bigger surprise was a group of four Groove-billed Anis. The species bred in the region in the 1800’s but is now a very rare vagrant from across the gulf. There were only about four records in over a hundred years up until what appears to have been an irruption in late November 2015, with one eBird submission reporting 14 birds. They have now been reported on eBird almost continually since then, up the gulf coast of the peninsula from San José del Cabo as far north as La Paz. I suspect they bred last year. 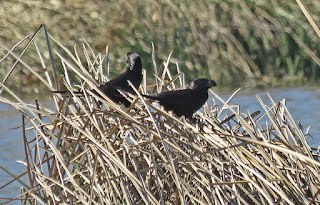 We finished the day with a drive to La Paz, where we had a full day and a morning of birding, the topic of my next blog.
Posted by Birdernaturalist at 12:04 PM