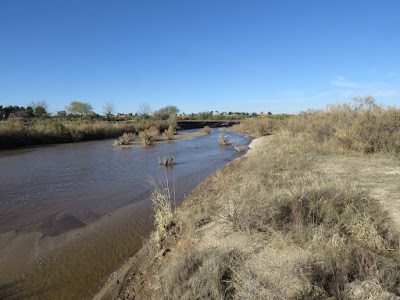 Last Thursday I spent a couple hours of the morning checking the sparrow flocks along the Rillito River with my friend Keith Kamper. It was a good excuse for a bike ride (about 12 miles round trip), and I wanted to follow up on a report of Clay-colored Sparrow from the Tucson Valley CBC over 5 weeks ago. Thanks to the rainy first week of January, there’s still water flowing in the wash.

We tallied 36 species as we walked the wash between Craycroft and Swan Roads, slowly flushing birds as we navigated the sometimes dense brush. One of the first birds I spotted was a White-throated Sparrow, a bird that was missed on the CBC and the second one to be found in the circle since then. I failed to get a photo of it. Birds disappear quickly in this habitat. 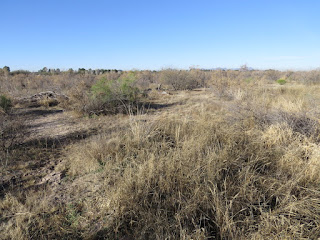 By far the most abundant bird this morning was Lesser Goldfinch. Most of them had already eaten and bathed and were joining in a chorus of insanse mimicry in the mesquites lining the bike path. We hoped to find  Lawrence’s among them, but there weren’t any. 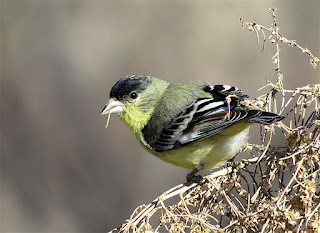 The shrub they and the many other sparrows are feasting on is a composite with very strange fruits, Ambrosia salsola, Burrobush. It used to be placed in the genus Hymenoclea but now is merged with the ragweeds and bursages. 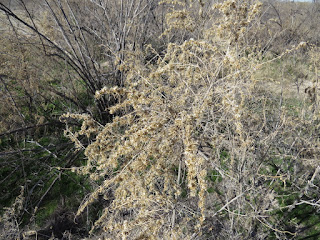 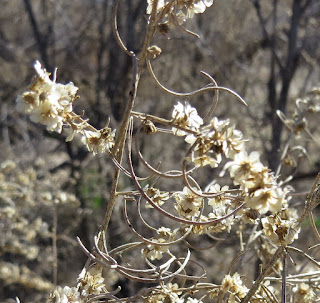 There were lots of White-crowned Sparrows, and just one of them was of the rare (here in winter) subspecies oriantha, with the black lores and pinkish orange (not yellow) bill. 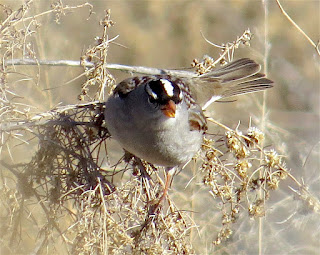 There were a few Rufous-winged Sparrows. 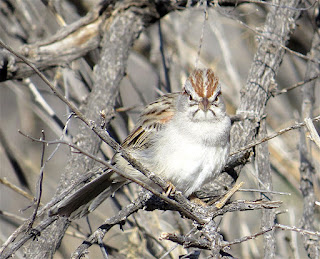 But we paid particular attention to the flocks and flocks of Brewer’s Sparrows, drab, but cute. 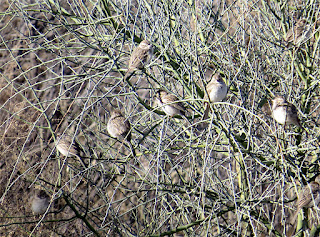 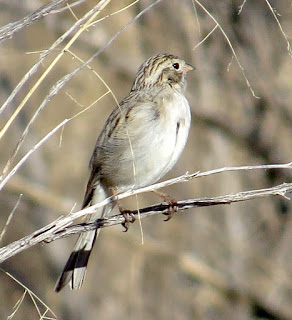 And it finally paid off – a Clay-colored Sparrow amongst them! Extremely similar in size, shape, proportions, and call note, they usually hang out with Brewer’s. The pale lores, broad grayish-buff supercilium, contrastingly pale whitish malar, gray collar, and well-defined ear coverts with a warm brown center are all good marks, but it was the contrasting brown patch in the wing caused by the edges of the tertials and secondaries that first caught my eye. 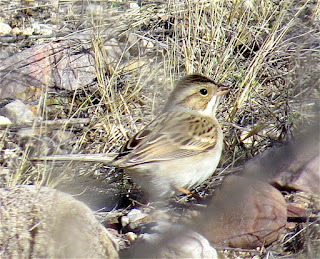 We flushed a couple Greater Roadrunners on our way back. 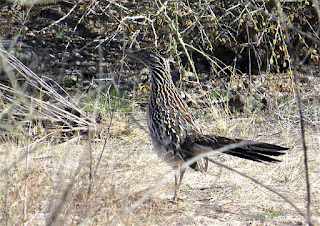 It was still cool, but there was an active nest of these shiny, smooth harvester ants. Their small size, shinyness, time of year, and shape of the nest help identify them as Veromessor pergandei. 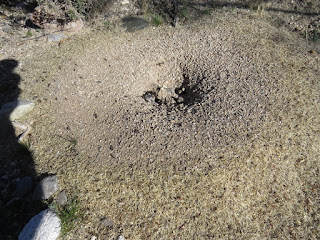 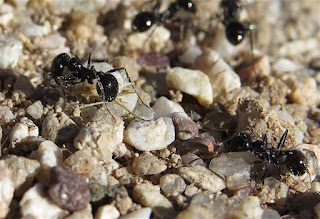 Posted by Birdernaturalist at 8:54 AM