I didn’t get a photo, but I should probably mention that while I was in Oregon and Alaska, apparently the automatic timer for the soaker hose I had put on my garden malfunctioned, and no one at home noticed. Everything was dead except for the salvias I had planted for the hummers.

Then Marc and I flew together as far as Chicago, where I caught my flight for Brussels where I joined Andrew for a very enjoyable two weeks of bicycling through Belgium, Netherlands, Germany, and France, ending with a few days in Paris. Here we are on the border between Netherlands and Belgium on our day from Maastricht to Aachen. Not long after this we were at the highest point in the Netherlands. 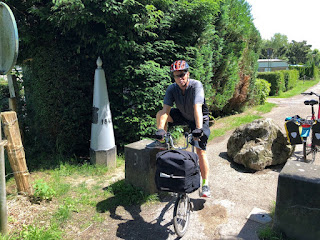 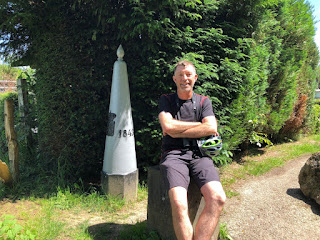