Vacationing for 2018 came to a swift end when I got home from New York at the beginning of July, but I had a very rewarding final six months of the year with 12 more tours and guiding obligations, an unheard-of pace. After three days at home, I was off to Mato Grosso Brazil.

The tour begins in the Chapada dos Guimarães north of Cuiabá, where we had numerous highlights. But tops for me was this vagrant Coscoroba Swan, one of the northernmost records ever. It was on a farm pond next to the highway just north of Cuiabá as we were returning for our flight to Alta Floresta. I got the word out right away and heard that other birders were able to see it later that day.

The next stop for the group was my favorite, Cristalino Jungle Lodge. Again, we saw so many amazing things. Here’s my group in front of the giant Brazil Nut Tree. 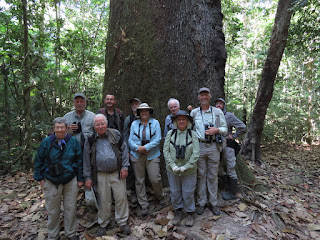 From the tower we had a pair of White-browed Purpletufts at arm’s length, feeding on the Zanthoxylum ekmanii fruits. I held the shutter button down and took some 20 photos just to get one as it lifted its wings and showed it’s namesake. 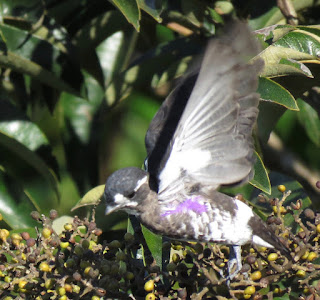 The last part of the main tour is the Pantanal, where I came back with over 300 photos of stuff. Always a highlight are our sightings of Jaguar, and we had several. This one is Hunter. He's not actually looking at us but rather at the family of Giant Otters coming up the creek from behind us. 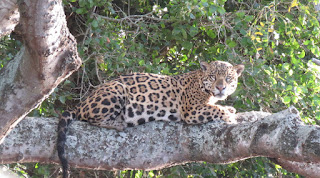 We were lucky on our return back north on the Transpantaneira Highway to see a small Yellow Anaconda, Eunectes notaeus. 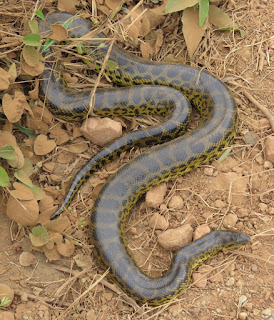 The final part of the tour is our visit to Iguazú Falls on the Argentinean side of the border, where there are more opportunities for birding. For example we were able to visit a patch of forest that gave us amazing views of this Rufous Gnateater. 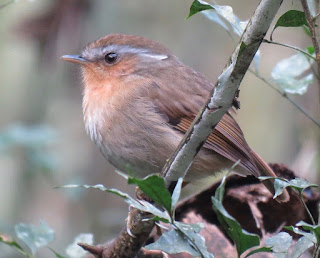