My fourth birding trip to Southeastern Brazil took place in early November. Covering the states of Rio de Janeiro and São Paulo only, we started the tour at Itororó Lodge on the outskirts of Novo Friburgo. 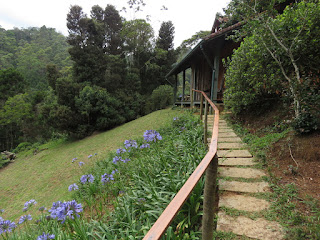 The lodge owns several acres of regenerating forest, and in just two years I could see a noticeable increase in native bird life here due to the habitat improvements. But some of the more enjoyable birding is right at the lodge’s feeders. Brassy-breasted Tanager is one of the lookers. 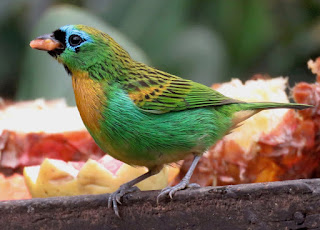 Brazilian Ruby is one of several species of hummingbirds there. 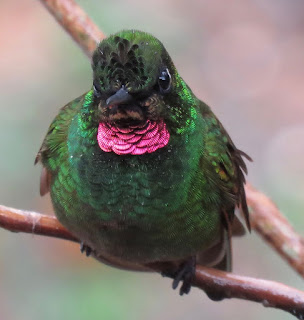 To see these Orange-eyed Thornbirds we walked one of the loop trails. 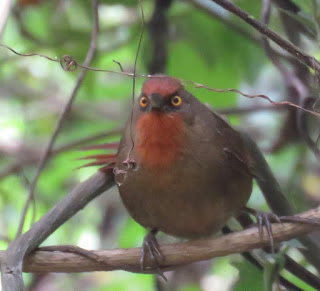 This cicada, Carineta diardi, is the most colorful species I’ve ever seen, and they are common here.

This was the second time I’ve discovered the stunning Passiflora catharinensis in bloom, this time on the road up to Pica da Caledônia. 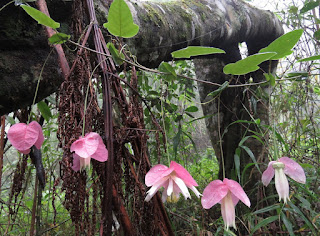 Our second bit of birding was at Itatiaia National Park, where we were greeted by the arrival of a super wet low pressure area that brought us two solid days of rain. Here our driver William Riame is getting friendly with a Brazilian Ruby. 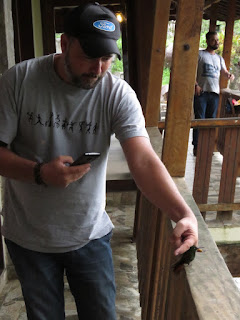 We had a nice break in weather on our day to the high elevations of the park where we saw this Itatiaia Spinetail.

Another good find there was this toad Melanophryniscus moreirae, one of the hallmark species for the national park.

The moths at the hotel lights were really good. This silkmoth is Rothschildia hesperus. 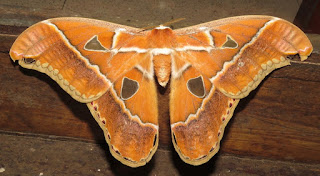 We saw several good birds during our days on and near the coast at Ubatuba, but this frog Physalaemus atlanticus was my favorite sighting. 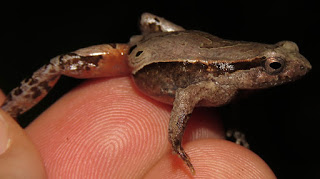 Farther down the coast at Cananeia Brazilian Tanager became common. 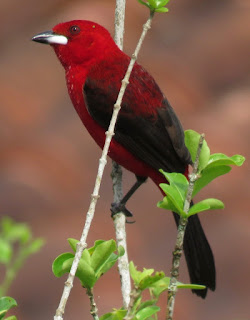 The first time I saw Scarlet Ibis here I was surprised; I had no idea they got this far south. They aren’t always findable though.

The sandy soils here are perfect for small insectivorous plants. This one is Utricularia tricolor. 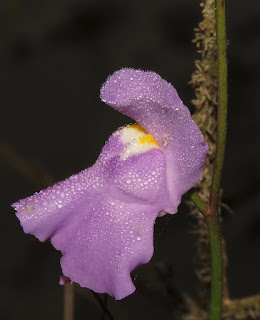 This sundew is Drosera capillaris. 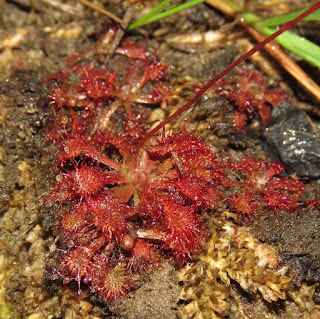 We finished the tour at the marvelous Intervales State Park. The lek of Purple-crowned Plovercrest here makes it easy to find them.

And now they have a feeding station making Spot-winged Wood-Quail nearly a sure thing. 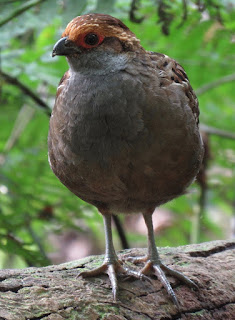 I haven’t yet figured out this butterfly caterpillar, but I thought it was fantastic enough to include here. 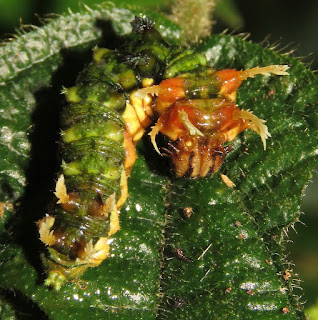 Just down the drive from the hotel was this rear-fanged colubrid Tomodon dorsatus. It’s not an aggressive snake, but the venom is potentially dangerous, so I didn’t handle it.

Posted by Birdernaturalist at 4:00 AM