Today was our full day in the heart of Bolivia’s “Valle Zone,” with the Mizque and Caine Rivers draining most of it through the Rio Grande, which itself eventually flows north to the east of Santa Cruz and eventually into the Amazon via the Rio Madeira. We started with a picnic breakfast in the cactus forest on our way to Saipina. This looks very much like the cactus forests of parts of Mexico, such as the Oaxaca Valley, and indeed we are at the same latitude south the Equator here as  Oaxaca is north of it. 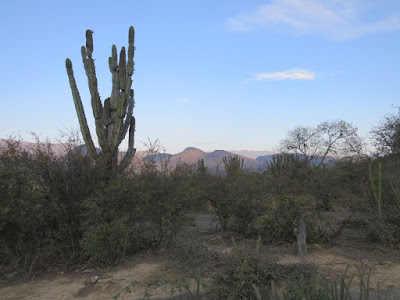 But the birds are very different For example, this Spot-backed Puffbird was right across the street from our picnic breakfast. 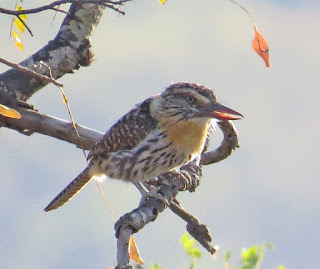 And this White-fronted Woodpecker (appropriately named Melanerpes cactorum) was on the same side of the road as our breakfast. 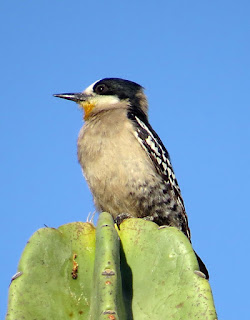 Not far down the road was this White-tipped Plantcutter, an unusual cotinga of dry country. 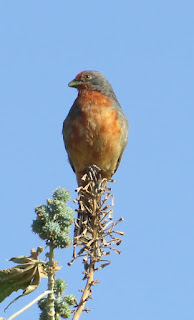 There are three parrots we hoped to see in this valley, all endemic to this and nearby river systems, and apparently dependent upon the cliffs or cacti for nesting. First and foremost was the Red-fronted Macaw, which we had seen quite closely yesterday, but only in flight and from below. We succeeded this morning in finding just one pair that would perch where we watched them at length through the spotting scope. Sometimes we find birds feeding in a field or lounging in a willow tree, but the view on these cliffs below us would be our best. 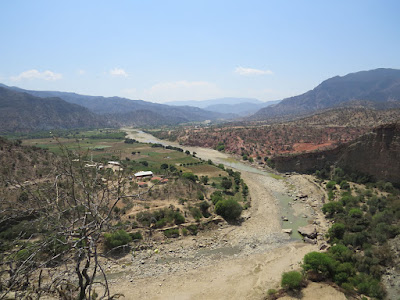 One of the other two parrots we also looked for, and saw very well, were the Monk Parakeets that look, sound, and nest differently from the Monk Parakeets found in the lowland Chaco region and southward. These most certainly should be split and called Cliff Parakeets. That they were lumped looks like merely an error made by someone who hadn’t had any experience with them in the field. 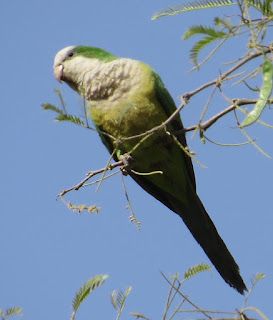 The same might be said about these Blue-crowned Parakeets, currently only as the subspecies neumanni, but also quite distinct, isolated from lowland birds and therefore yet another tick on our “escrow” lists. 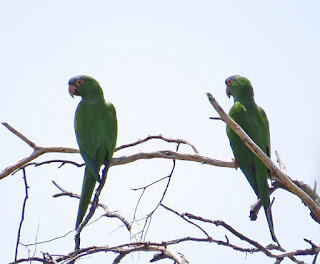 We then had lunch in the shade of a large mesquite tree (a different species than the ones we have at home, but the same genus, Prosopis). 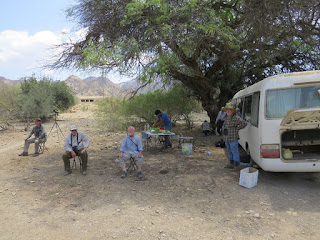 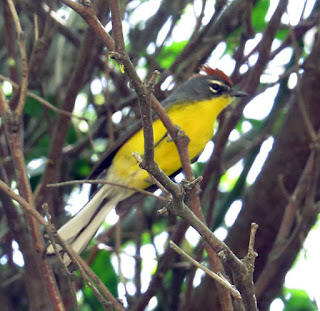 …and Masked Gnatcatcher, among several other species. 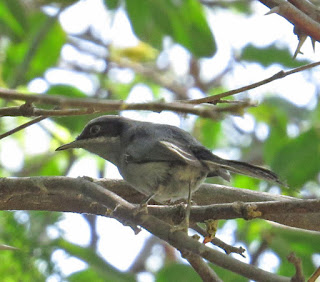 Lots of plants here are also found in the Chaco region, but some are also endemic. This is Capparis tweediana. 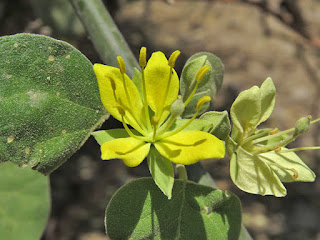 I think this cactus is Opuntia salmiana. 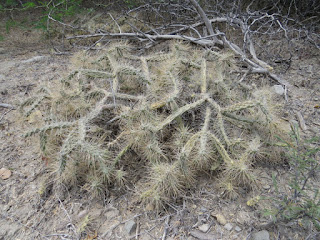 A very distinctive, mostly leafless species of mesquite is this Prosopis kuntzei. 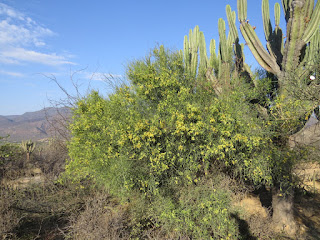 Finally, a couple birds we saw on our drive back to Camiri, near which we found our finally endemic of the day, Bolivian Earthcreeper (which is no more and no less distinct than the Chaco Earthcreeper, but inconsistently has been considered a separate species all along). We made a quick stop for this Cliff Flycatcher. 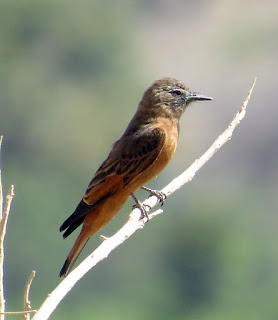 and one last stop to hope for close-perched macaws resulted in this migrant Crowned Slaty Flycatcher right below the road. 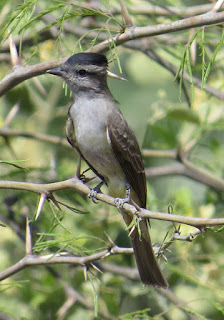 Posted by Birdernaturalist at 9:04 AM