Peak of Diversity WINGS Bolivia Tour: From the Chaco the Amazonia

Today we arrived at Refugio Los Volcanes, one of the most picturesque birding lodge settings in the world. When you arrive at the top of the drive, this is what you see. The lodge is in the valley below, and it really looks like this and feels even more remote and peaceful. 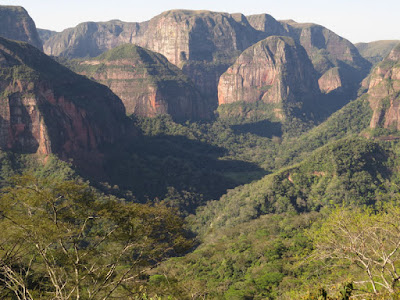 But I’m getting a bit ahead of myself; we did get some birding in today, despite its being largely a travel day. In particular we started right behind our hotel in Camiri, where just-arrived (or perhaps still southbound) Southern Martins and Tawny-headed Swallows were a highlight. Always puzzling in this region are the piculets, where the presumed species Ocellated (Andean), White-wedged (Brazilian and Bolivian dry woodland), and White-barred (Chaco) all meet. The exact pattern of the feathers on the breast is clearly different if you look at individuals from the distant corners of their distributions, but in this region where they all meet, I’m never quite certain if I’m looking at so-called ocelli, bars, or wedges. Their voices are probably identical, and it may be eventually shown that central Bolivia is home to a hybrid swarm and that they’re all one species. Or maybe there are very narrow hybrid zones with steep clines in genetic and morphological differences. But for the time being, despite our being out of the immediate Andean foothills and theoretically in the Chaco, I’m calling this one an Ocellated Piculet. 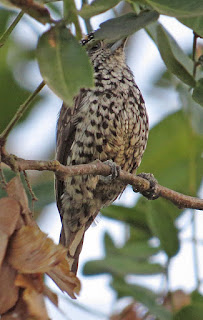 Our major birding stop this morning was at some small lakes in Ipati (not to be confused with the town just to the north named Ipitá). There were lots of goodies, including Brazilian Teal, Solitary Sandpiper, and White-winged Coot with juveniles (so they apparently bred here). The huge mesquites here were draped in a rope-like epiphytic cactus, Lepismium lumbricoides. 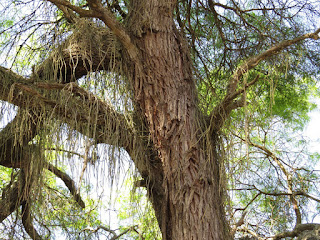 These Polistes sp. wasps built their nests in loose colonies on the undersides of the mesquite limbs. We had seen hundreds of these nests on the cliffs north of Lagunillas yesterday. 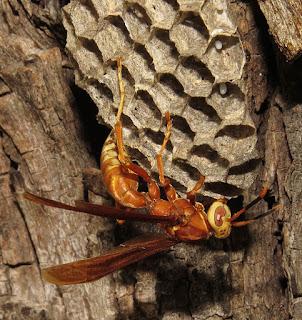 We completed the long drive in time to take two hours to walk the very steep 3-kilometer entrance driveway into Refugio Los Volcanes. We actually saw a Short-tailed Antthrush (usually a heard-only bird), but this rare Bicolored Hawk (the widespread but rare tropical version of the Cooper’s Hawk) was undoubtedly the highlight of the walk. 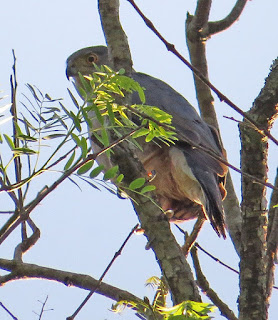