I saw two lifebirds today, my only ones on the tour. The first was at a wetlands not far from our hotel, where Gray-bellied Shrike-Tyrant had been reported in the past couple of years by my friends. I didn’t have high hopes, as it’s supposedly only a wintering bird here (migrating back south to breed), and I didn’t have any specific locations. But there it was. I got a bad photo. 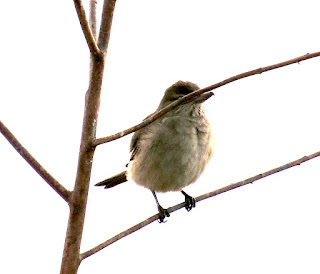 At these same wetlands we found a very lost Maguari Stork, normally found in the lowlands. 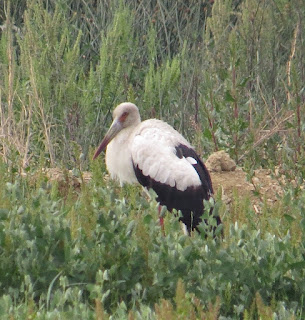 Wren-like Rushbirds were everywhere, often walking out in the open on floating mats of algae, so I’m surprised I didn’t get a better photo. This is a furnariid that has evolved an amazingly similar size, color, pattern, and behavior to Marsh Wren though the two don’t occur together. Is there something about these characters that make them suitable for surviving in rushes and cattails, did they once co-occur and evolve under some sort of social-dominance mimicry selection, or is it total coincidence? 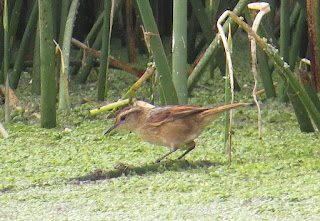 On the other hand consider this unique Many-colored Rush-Tyrant. It is never quite as common as the rushbird, but usually not hard to find in the same habitat. No other tyrannid is so colorful, nor with the same habits. Its internal morphology and now genetics are known to be distinctive enough that the latest analysis has proposed that it be placed alone in its own family, Tachurididae. (Jan I. Ohlson, Martin Irestedt, Per G. P. Ericson, and Jon Fjeldså̊. 2013. Phylogeny and classification of the New World suboscines (Aves, Passeriformes). Zootaxa 3613 (1): 001–035.) 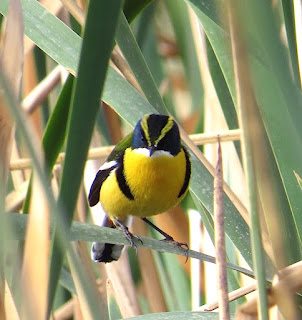 One last bird we found here was this Brown-backed Mockingbird. 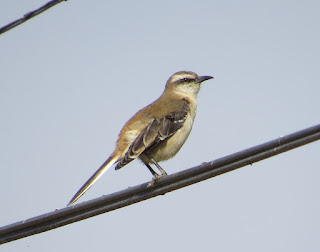 We then headed to Laguna Alalay in the middle of the city. It was full of water birds, and this is where I finally saw my lifer Red-fronted Coot. It took a lot of searching, but we eventually saw a few (three or four years ago my friends were reporting dozens). Seeing these Puna Ibis together White-faced Ibis was a treat. Notice how the latter (a rare bird here) has longer legs and longer, thinner neck and bill. It was this sighting that caused me to reevaluate the ibis we had seen north of Camiri in the lowlands; I had assumed they were White-faced, but our photos show the characteristics of Puna. Migrants to the lowlands? (Other birds in the photo include Common Gallinule, Greater Yellowlegs, and Black-necked Stilt.) 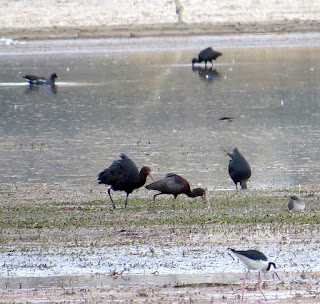 Another special mix of birds were these Red Shovelers (rarish here), White-cheeked Pintail, and Puna Teal. 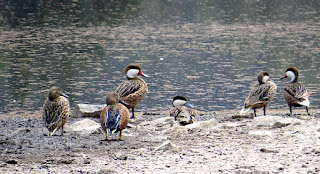 Due to popular demand, we made a stop at the Mercado San Antonio before our final lunch, packing, and departure by flight to Santa Cruz. We had hoped for some fine knitted alpaca garments and especially for some spun alpaca yarn for knitting, but Bolivia hasn’t quite figured out this wide open market. Apparently on Wednesdays and Saturdays there is one woman who has a sidewalk stand where she sells her own hand-spun yarn, but you have to ask five people before you find out that she even exists, and today is Friday. 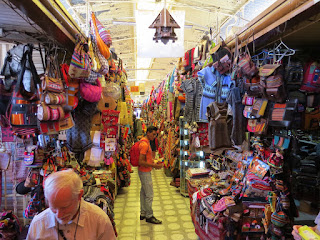 I’m looking forward to 10 days at home, but it’s going to fly by. I have a first aid/CPR recertification class, a day of birding with my friend Doug Futuyma, a half day of guiding a couple around the Tucson area, and several lunch and dinner plans with dear friends, as well as a last planning meeting with Keith and Patty before I meet up with them in Southeastern Brazil for a scouting trip at the end of the month.
Posted by Birdernaturalist at 9:42 AM