Today we returned to Cerro Tunari, this time heading directly to the higher slopes to beat the frequent mid-day fog or thunderstorms (often with snow) and to take advantage of heightened bird song activity. Here’s the view looking down onto the city of Cochabamba from the near the point where we started birding. 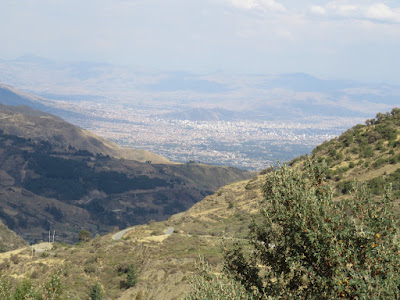 We first targeted canasteros today, and we scored big, with five species. There aren’t many places where you can see five of these often skulking furnariids in a single morning. They are members of a radiation of largely southern temperate ovenbirds including thornbirds and tit-spinetails that make complex nests of sticks; this genus’ name comes from the Spanish word canasta, which means basket. Canastero means basket maker, referring to their nests.

The common and not-so-shy Creamy-breasted Canastero was found easily from the bus as we drove up, and we had seen them well two days ago. Then in the uppermost scrubby Polylepis groves we coaxed out a Maquis Canastero, with its especially long tail almost more like the related tit-spinetails. In this same habitat we spotted this Red-crested Cotinga displaying at another, unseen bird. I’ve seen the crest raised like this only a few times; usually one asks why it would be called “red-crested” when no such crest is visible. 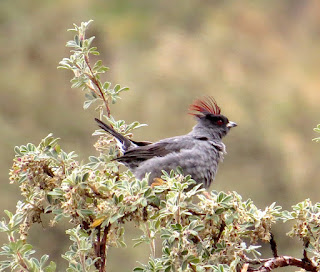 Higher up in the lower bunch grass we located a Puna Canastero that came in quite close. Just a bit higher up we found Scribble-tailed Canastero, which I’ve had here only a couple times, and which we dipped on two days ago. It seems that early morning is important to catch them singing. I got one photo that barely shows its namesake. 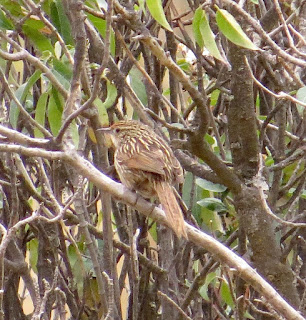 Our final species was Cordilleran Canastero, found in the highest elevations, free of shrubs and bunchgrass, where it scurries amongst boulders instead. 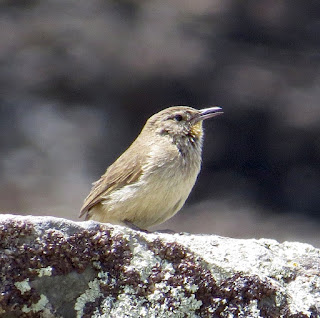 We didn’t see many other species at this elevation, the highest point we reached being 14,860 feet (4530 meters) above sea level. But the scenery was fabulous. 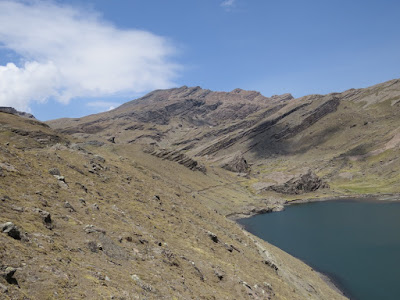 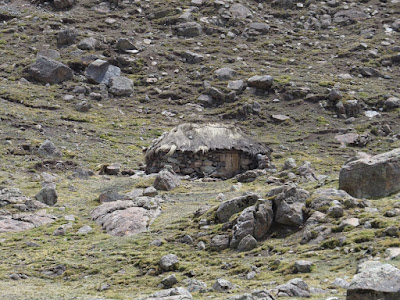 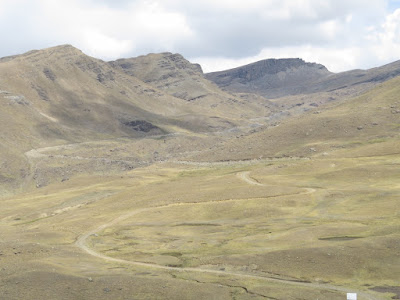 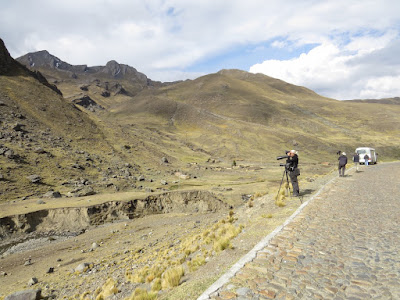 And the plants fascinating. An Anemone sp. 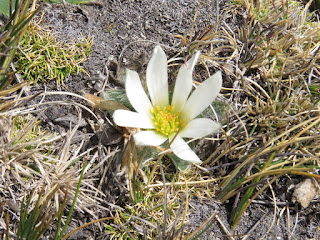 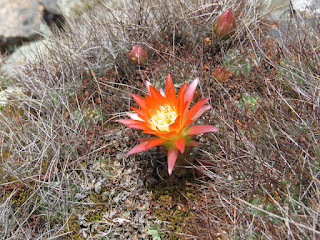 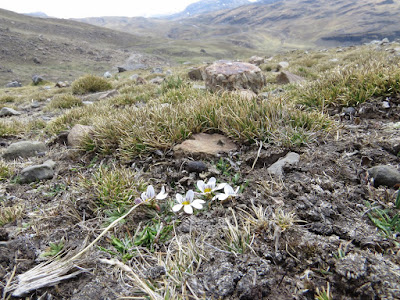 This isn’t the best season for butterflies, but we saw a few sulphurs (probably Colias species), and my eyes caught the movement of this rarely seen Itylos titicaca, Titicaca Blue. 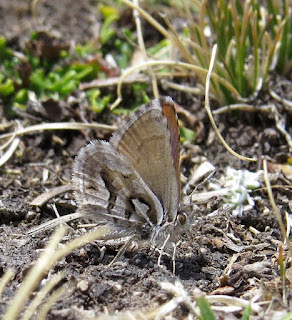 And of course there are some birds here, some specialists in this habitat. This is the widespread Ash-breasted Sierra-Finch. 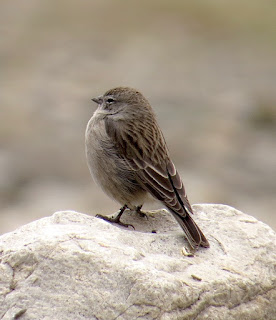 This Slender-billed Miner responded to my recorded song by doing an extended display flight like a lark above us. 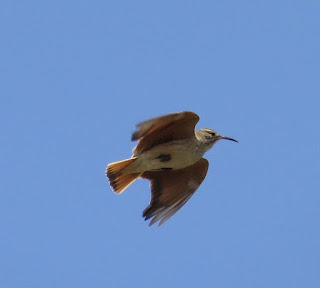 We found just these two White-fronted Ground-Tyrants on a flat resembling a putting green. 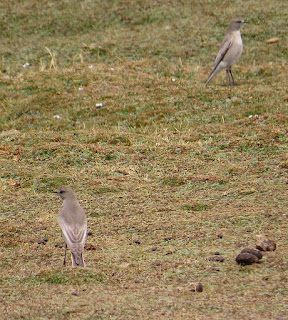 White-winged Diuca-Finches are found only in this high tundra-like habitat as well. 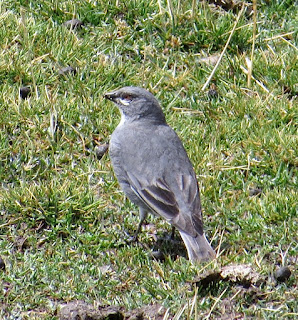 Back in town in the late afternoon we made a stop at a house that was flying a small white flag at the end of a long stick overhanging the side of the road. This indicated they were selling Chicha Cochabambina, a corn beer made with corn meal, water, sugar, and environmental yeast. It’s slightly sour, and it tastes like cross between beer and champagne. If you bring in an empty liter water bottle, they’ll fill it for about $1 US. 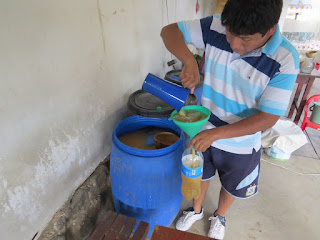 This sign indicates what is for sale in this tiny neighborhood store – bread, milk, white cheese, coca leaves, and beer (the brand Paceña, from La Paz). I had bought a small bag of coca leaves elsewhere on the tour for our participants to try – but only two or three dared try this harmless herb. Cocaine is made from it but is present only in minute quantities and must be refined with huge amounts of leaves and chemicals. Putting 20 leaves in your mouth and adding some legia to release the alkaloids does produce a numbing sensation in the tongue and gums, and using more is said to suppress appetite, fatigue, and altitude sickness, but I’ve never noticed anything other than the numbness. One certainly does not get any sort of “buzz” from it, any more than one would get high from someone smoking a marijuana joint at the far end of a football field. 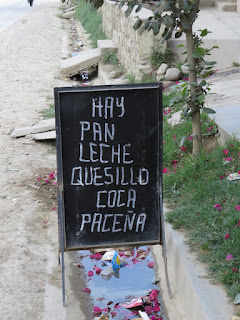 Tomorrow is our last day here, but with a late evening flight, we actually have virtually all day. We did really well at Cerro Tunari, and we still have a chance to see some new things in the wetlands around the city, so we’ll be taking it easy after what has been a tiring but fun itinerary.
Posted by Birdernaturalist at 9:34 AM