Today’s plan was a straightforward visit up Cerro Tunari, a mountain just outside of Cochabamba. Our hotel is on this side of the city, so it’s a quick drive to the nice habitat on the lower brushy slopes where we looked for several specialties. I have just a couple of photos of birds we saw. One was of a flock of Andean Parakeets in some roadside shrubs. 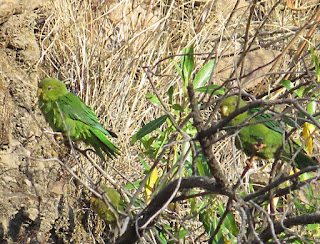 Another was this cooperative Rufous-sided Warbling-Finch, the most abundant of the Poospiza here. We also saw several of the local Cochabamba Mountain-Finch. 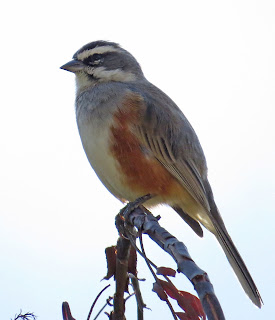 After enjoying a Yungas Pygmy-Owl, we stopped for this Junonia vestina, Andean Buckeye, one of few butterflies flying today. 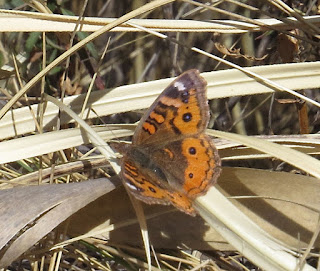 We eventually reached the dry tundra-like habitat above about 12,000 feet elevation where we had several target species. In this particular place we found the very local and scarce Short-tailed Finch. 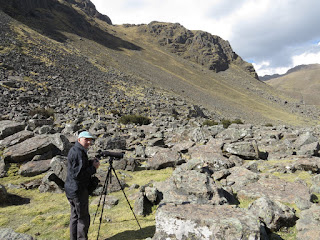 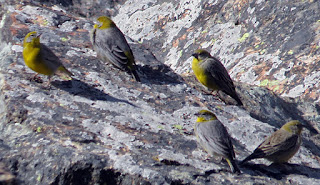 ...and this Buff-breasted Earthcreeper. This is a member of the suboscine family Furnariidae, distantly related to other suboscines such as antbirds and tyrant flycatchers, but its size, shape, and behavior are very reminiscent of the thrashers back home. 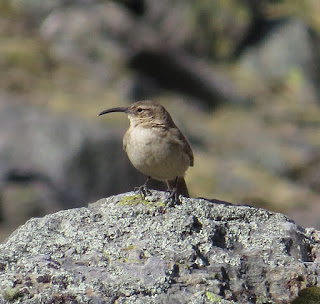 The last birds we stopped for before heading back down the mountain were these Torrent Ducks on a flood control structure. 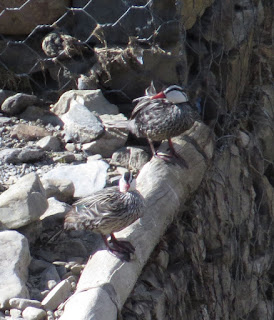 We made one last panic stop on the way down for what would be our only Bolivian Warbling-Finch that flew across the road in front of the van. After we got out, I pished a bit, the bird sat up, and all got brief but good looks at it before it vanished.

Tomorrow we drop down in elevation to bird some cloud forest habitats on the moist slope of the Andes.
Posted by Birdernaturalist at 9:24 AM