A very long, bumpy dirt road to Cochabamba was our itinerary for the day. But it passes through some very nice patches of habitat, so we left early this morning to take advantage of the morning hours. It was worth it.

We first had to retrace our steps from yesterday up the Serrania de Siberia, but we went a bit farther before picnic breakfast, this time passing by the town actually called Siberia. They may get the occasional frost after the passage of a cold front, and it’s never very warm here, but it’s not like the Russian namesake. 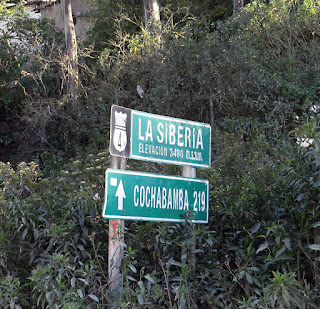 Our first stop was in the highest elevations on the road, in short, mossy forest where we saw our third species of Scytalopus, a Diademed Tapaculo that scurried like a mouse (as they all do) between stunted bushes, suddenly popped up from behind a mossy clump on the ground and nearly sat on my iPod. Other good birds we had here were a singing Undulated Antpitta and the Bolivian endemic Black-chinned Thistletail at the utter southern edge of their ranges.

The flowers of this moss- and epiphyte-laden tree were quite showy; my guess was family Solanaceae, but I haven’t found the genus. 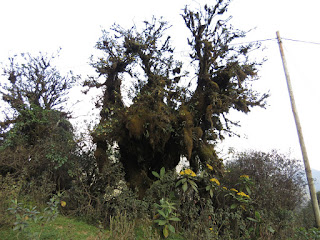 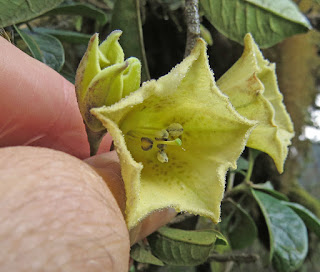 We then made a couple more stops lower down in patches of humid cloud forest that drape down protected draws. This Hooded Mountain-Toucan was a huge surprise at such a stop. I hadn’t seen one in Bolivia in years; the usual favorite spots on the Chapare road aren’t as productive any more. 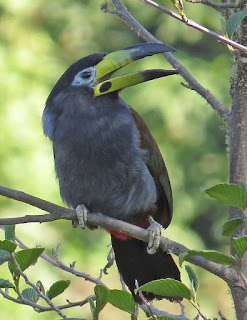 Another stop didn’t have so many birds, but this Passiflora pilosicorona was a nice find. 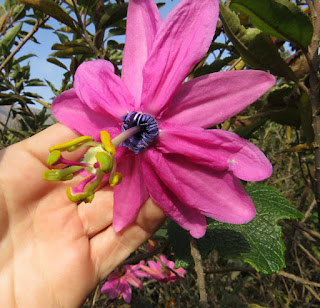 We made an unplanned stop in a drier location near Pongo when I looked out and saw an Andean Condor soaring over this nearby hill. 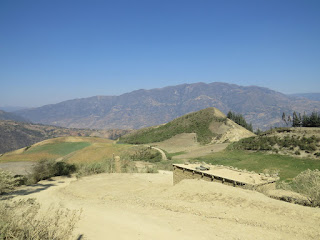 Turns out there were two, sometimes landing on the slopes of the hill, then flying around, giving us all angles, no farther than 300 meters away. 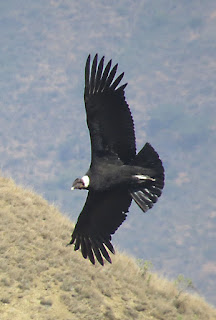 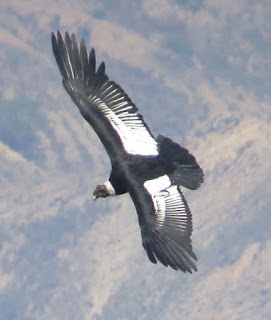 Then someone noticed this male Red-tailed Comet perched only 20 meters away in a Eucalyptus tree. It was still very windy everywhere, so it was hard to get a photo of it actually in the frame as its perch swayed up and down. 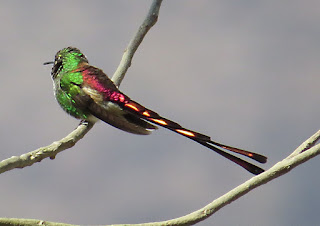 Looking down to the right from where we were standing I noticed this White-bellied Hummingbird at even closer range, but hiding in a clump of bushes sheltered from the wind. What with the condors and the comet putting on such a show, I couldn’t convince anyone to have a look. 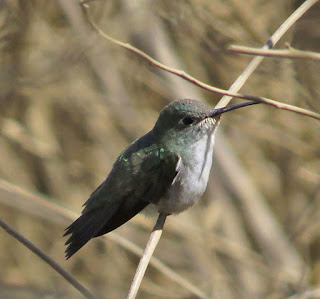 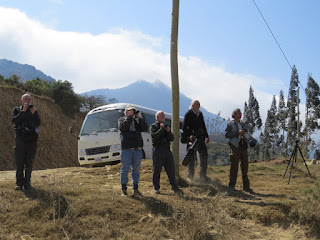 One last stop was for our picnic lunch in semi-sheltered draw where Rufous-bellied Saltators, Fulvous-headed Brush-Finches, and this band-winged grasshopper were highlights. 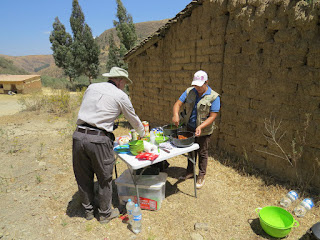 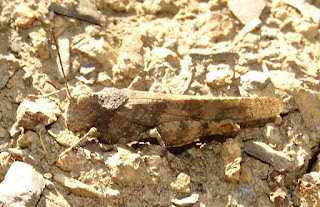 We’ve arrived at our hotel in the outskirts of Cochabamba, ready for four full days of birding using this as a home base.
Posted by Birdernaturalist at 9:16 AM