I’m currently leading a short 11-day, 12-night private tour with Susanne, the same mushroom and natural history-loving client who was with me in SE Peru last October and November. We’re in this northernmost state of Brazil because this is where the rainy season should be in full swing. That’s when mushroom should be at its best.

We flew from Manaus to Boa Vista, then drove north through partially wooded to very open savanna habitat, dotted with lakes. 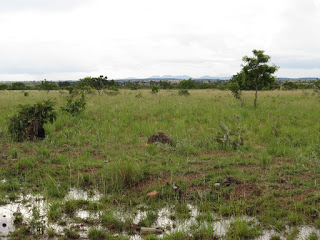 The general shape of the landscape reminds me of the prairie pothole region of the Great Plains, but a glance at the plants instantly erases the comparison. This pond in particular was like nothing I had seen before, the center occupied by a thicket of a tall-stalked aroid that could be a Xanthosoma. 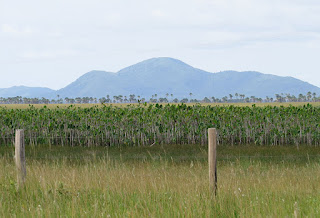 We made one serious birding stop at the crossing of the Rio Uraricoeira. 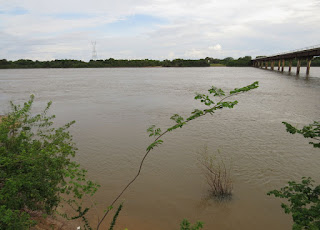 We progressed not more than 50 yards down the road in 80 minutes with not a break in the bird activity in mid-afternoon, 32 species being my count.

We soon saw a pair of Black-crested Antshrikes, the more colorful one being the female. 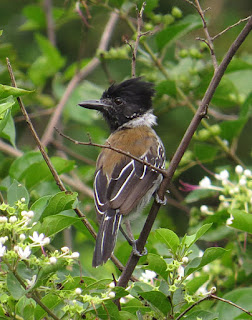 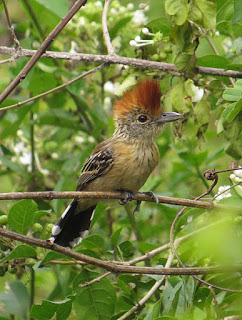 This Ruby-topaz Hummingbird looked black no matter how much I overexposed the shot. 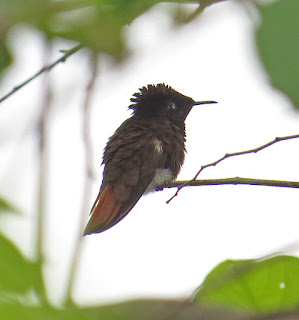 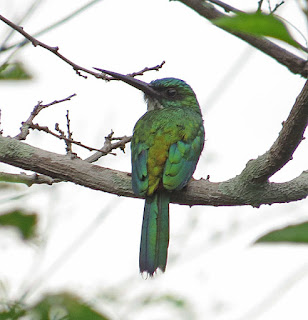 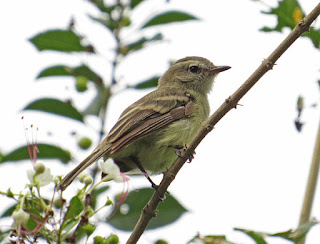 We saw one of the specialties of this location, the Hoary-throated Spinetail.

Of course there was more than just birds. I was excited to see this Dalechampia species, a vine in the euphorbia family. 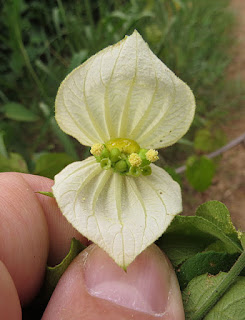 Then I noticed this caterpillar, probably a butterfly, feeding on the leaves – almost certainly a specialist. 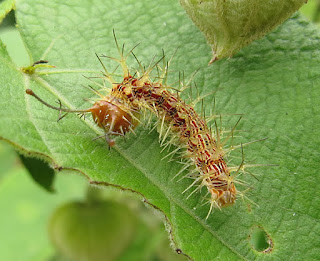 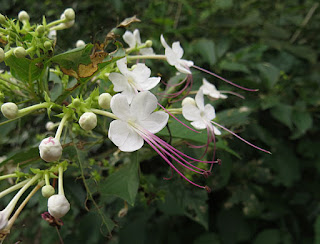 We made stops on the way for only important things, such as this Red-footed Tortoise. 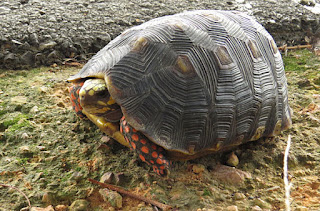 I hadn’t seen Gray Seedeater since I was in Venezuela in February 1999. 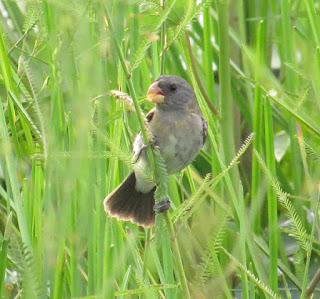 And I don’t get to see the adorable Pearl Kite all that often either. 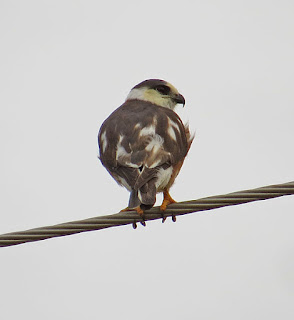 The best stop of the early evening was for this Giant Anteater. It was just about to cross the road; we came to a stop just past it, and I watched it out my passenger seat window just a few feet away. By the time we turned back and I could get my camera out, it had already begun its retreat back under the fence and then slowly worked its way out into the field.

Posted by Birdernaturalist at 3:52 PM