From Bozeman I flew to Redmond, Oregon, via Seattle. On the way from Seattle our pilot banked the jet so those of us on the right side had this amazing view of Mount St Helens. 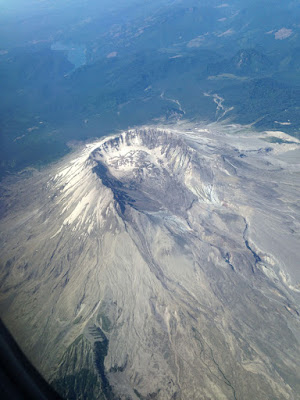 I then had a couple days to visit some friends in central Oregon. Wayne and I (his wife Patty, my high school biology teacher, couldn’t make it) found three Blue-gray Gnatcatchers on the north slope of Gray Butte in Jefferson County on an short excursion my first afternoon. It wasn’t quite as rare as I thought it must be here, with records dating back 20 years from this same area. The habitat looks right, with scattered Western Junipers among a thicket of antelope bush and sagebrush that have a chaparral-like structure. 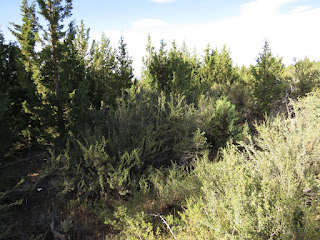 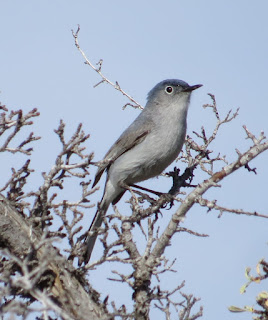 This Mylitta Crescent was one of the fiew butterflies we saw. 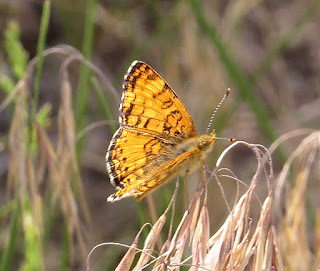 This is the amazing view Wayne and Patty have of the Crooked River valley. 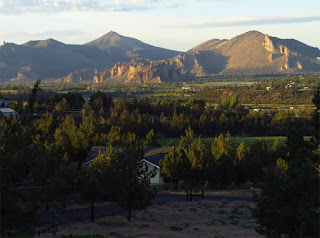 Wayne and I also birded Hatfield Lake (the only sewage pond named after a congressman?), where Eastern Kingbirds were a good find, plus many ducks and four Greater Yellowlegs. I was later told that this was only the 11th record of Eastern Kingbird for Deschutes County. Then my friend John and I made an attempt for Boreal Owls above Todd Lake, departing at 2:00 a.m. on Friday. We heard no owls, but it was a lovely night, and it was fun to hear the dawn chorus of Hermit Thrush, Varied Thrush, Yellow-rumped Warbler, Dark-eyed Junco, and Chipping Sparrow.

The views of Mount Bachelor were stunning. 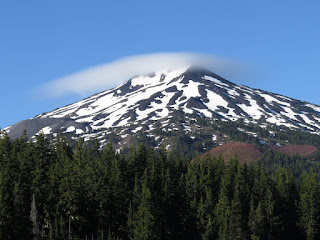 Back at the parking lot Gray Jays appreciated the almonds I had brought along for my snack. 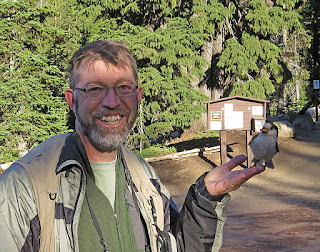 John and I birded along the Deschutes River for most of the rest of the morning, highlights being a family of Bufflehead, this Red-breasted Sapsucker… 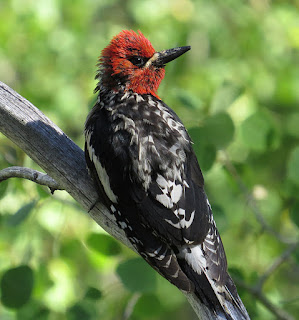 … and this surprising American Redstart, a second-year male. 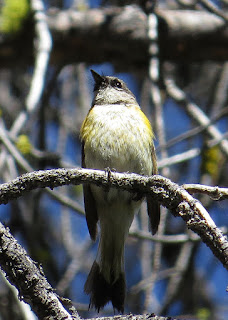 Then came my two days of leading field trips for the Dean Hale Woodpecker Festival, which I’ve done for the past couple of years. In order to look for Black-backed and American Three-toed Woodpeckers, we check burns, which often host several other species as well 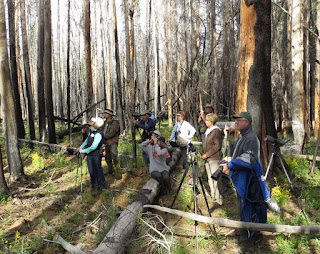 In this burn we found a pair of Black-backed Woodpeckers, and on the second day we returned and found their nest. 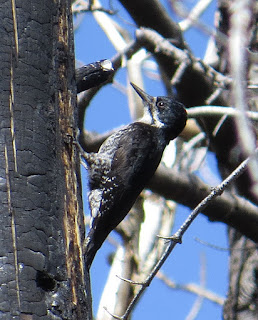 At other stops we had Williamson's Sapsucker, this one a juvenile male… 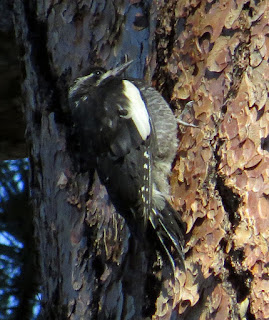 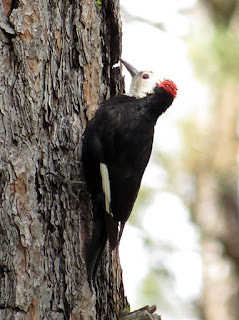 …and Downy Woodpecker, this one also a recently-fledged juvenile. 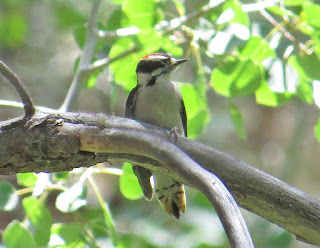 We didn’t look at just woodpeckers – there were plenty of would-be lifers for the participants among the other birds. This Hermit Warbler was new for some people. 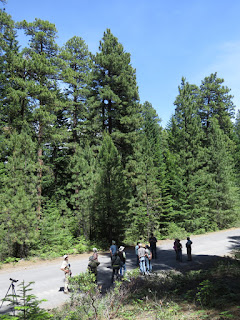 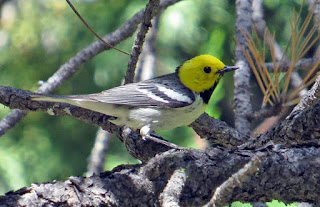 The most unexpected bird on our first day was this very worn Red-shouldered Hawk, which we first saw fly through the trees and disappear, but then found soaring high overhead. It eventually became a small speck in the sky and drifted off to the west. 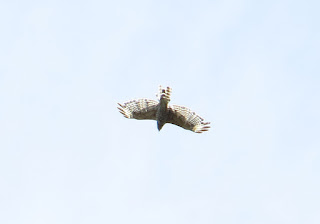 Scenery and wildflowers were abundant. This is Mount Washington, carved by many glaciers during the last couple hundred thousand years. 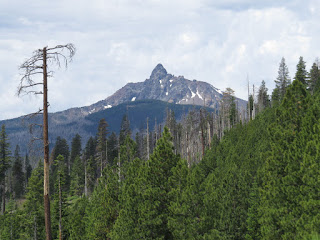 This is Erythranthe lewisii, Lewis's Monkeyflower. What used to be Mimulus has been carved into a few genera based on genetic studies that agree with older morphological data. 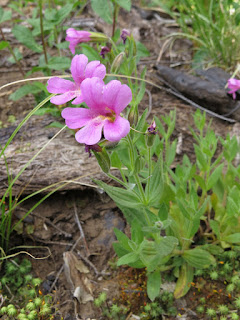 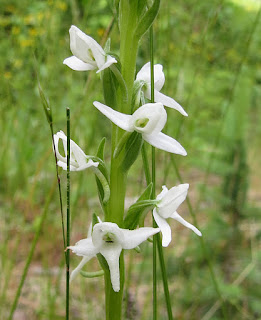 Posted by Birdernaturalist at 3:19 PM