It’s way past time for a update on my comings and goings, and there was a lot of it in June. I’ve now been in Chiapas for two days, and stuff I want to share are starting to accumulate already, so before it becomes hopeless, here are a few posts to catch up.

After the WFO meeting in Billings, I spent a couple days visiting my friends Jeff and June in Bozeman, whom I first met during my year in Freiburg, Germany 25 years ago. They treated me to a day’s drive through Yellowstone National Park, my first time there. 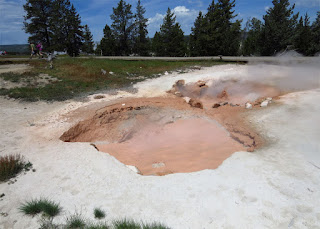 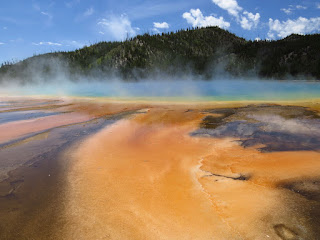 Here I am at a viewpoint for the Lower Yellowstone Falls. 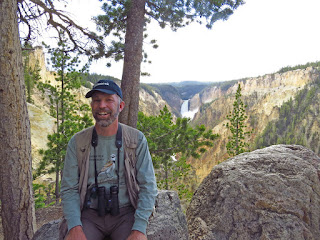 And yes, there were lots of people. We enjoyed the eruption of Old Faithful geyser with all of these people, for example. 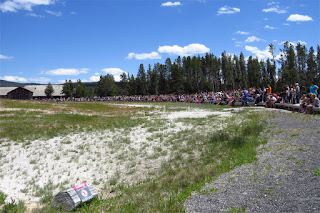 There were the usual elk, bison, and a few nice birds such as this Mountain Bluebird. 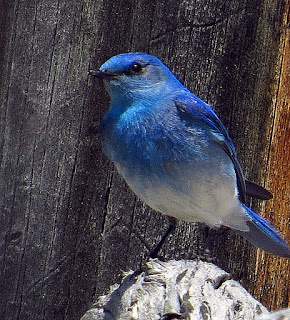 A pair of Tree Swallows were apparently nesting in a cavity near the bluebirds. 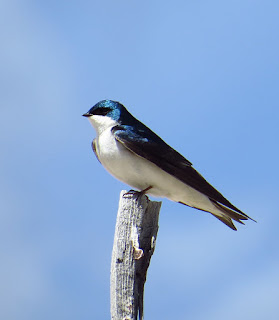 This American Dipper was unusually cooperative. 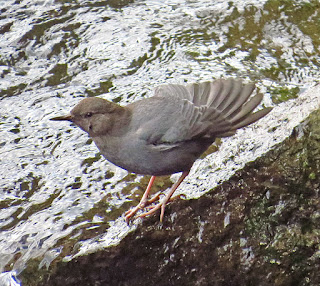 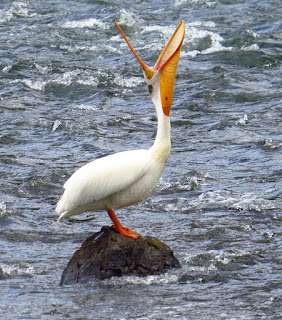 What appears to be a black malar streak on this male Yellow-rumped Warbler (Audubon’s) is an artifact – it’s an extremely brief separation of feather tracts due to the bird’s motion or a brief erection of the feathers. 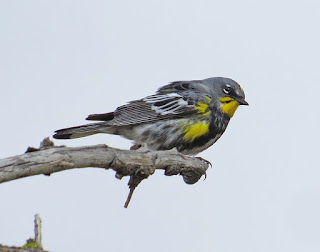 You can see the black lores on this “Mountain” White-crowned Sparrow (ssp. oriantha), the subspecies that breeds in the region and migrates through Arizona. 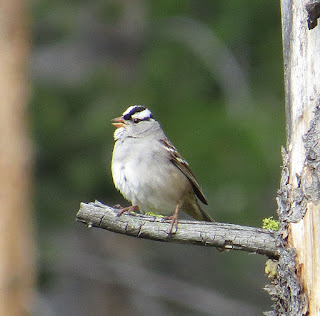 There were few butterflies, but I managed a photograph of this Polites themistocles, Tawny-edged Skipper. 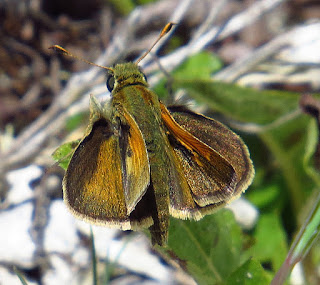 Here we all are at LeHardys Rapids. 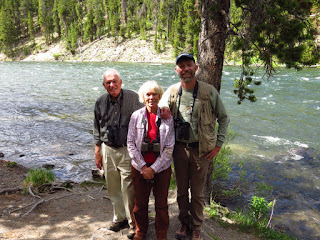 On my second day we took a much shorter excursion west of Bozeman to the Headwaters of the Missouri River State Park, which is actually the confluence of the Jefferson, Madison, and Bozeman rivers down in the valley. Near here we stopped in some habitat that was quite unlike anything I had ever seen before. 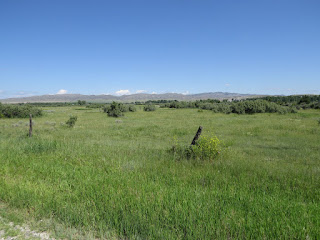 And in it I heard my first song of this Clay-colored Sparrow, a bird I knew until now only from its winter grounds. 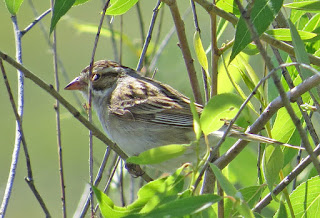 Other birds we saw here were Gray Catbird, Sandhill Crane, Song Sparrow, and at the nearby park this Cedar Waxwing. 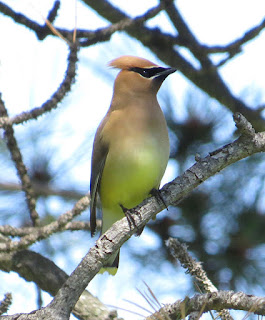 I finished my first week ever in Montana with a state list of 122 birds. Next I was back to Oregon.
Posted by Birdernaturalist at 7:03 PM