On June 29 I flew from Eugene to San Francisco, and from there to Tucson. Here’s view from the flight leaving San Francisco – the jet took off headed north, and we did a counter-clockwise U-turn over the peninsula just south of the city of San Francisco, and here we’re headed back south. The San Francisco airport can be seen in the far left-center 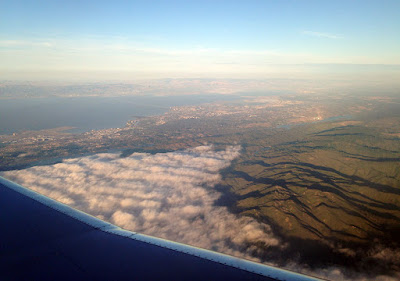 I’d been gone for seven weeks, my next trip has me away for just over eight weeks, and this time I’m just three full days at home. Plenty of time to visit with some friends, unpack, repack, open a huge stack of mail, and deal with issues such as health insurance renewal and registering to vote by email.

I was lucky enough to have lunch with the oldest and most interesting couple I know – Manabu and Jack have been together for 64 years, and Manabu (who’s Japanese and should know) thinks Sushi On Oracle is the best sushi restaurant in Tucson. 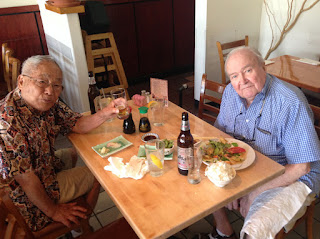 And I was lucky enough to experience a monsoon downpour in our part of Tucson that only in this neighborhood dropped a few tons of walnut-sized hail, the largest I have ever seen. 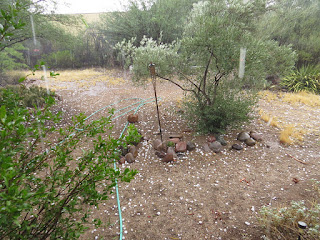 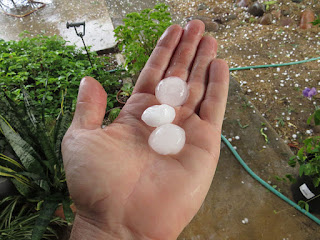 Off to Chiapas next!
Posted by Birdernaturalist at 7:00 AM