Fabrice took his part of the group up to Tower II this morning, while my group began the day on the Teles Pires River with sunrise. 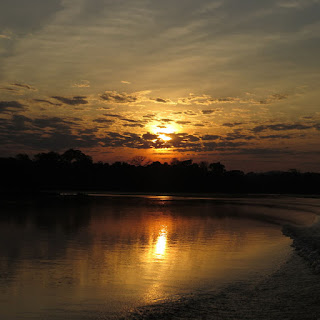 We had amazing views through the scope of a close Amazonian Umbrellabird displaying on a lek on Ariosto Island, definitely worth the early start. Spor 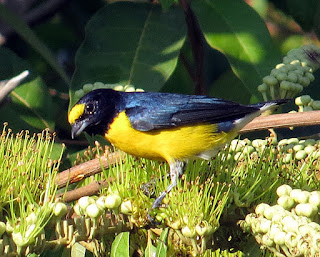 On another islet we got the easy-peasy Ladder-tailed Nightjars (and yet another Amazonian Tyrannulet), one still on a nest that I had found two weeks ago. 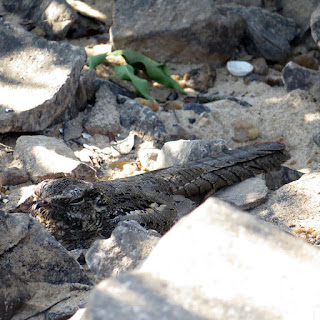 It tooks some patience, but on the way back to the lodge we finally caught up with the pair of Black-banded Swallows that nest in the exposed rocks of the Teles Pires.

Just after lunch, this tiny hairstreak landed on the cheek of my friend Jay Withgott while we were talking. It took sending it around to some experts, but I finally got a name for it: Nicolaea opalia, a rarely photographed bug. The lack of a strong submarginal band with no orange spots and the lilac flush on the upper half of the hind wing are very distinctive. 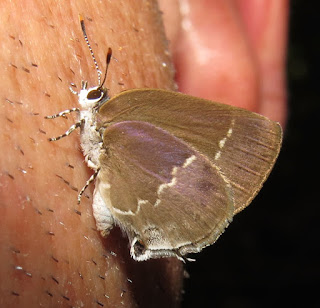 Before our afternoon outing, Fabrice and I quickly checked out one of the trails that begins from the lodge. We didn’t have much time, but I stop to snap a couple nice shots of butterflies: Iaspis sp. hairstreak, 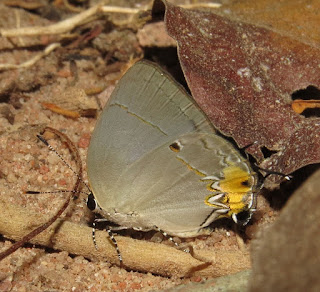 and Setabis flammula, the Flamed Metalmark. The upperside is a flaming red that really jumps out at you when it flits low in the undergrowth. 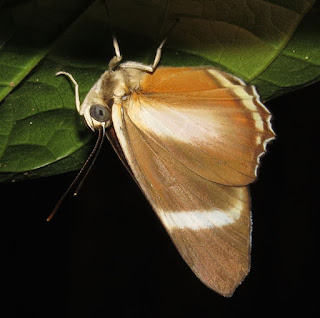 The whole group outing this afternoon was upriver to Limão. A couple highlights were this Phrynops geoffroyanus, Geoffroy's Side-necked Turtle, 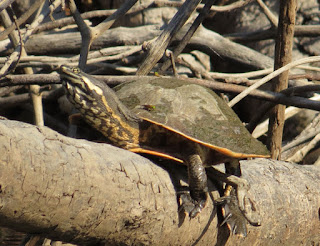 and this juvenile Agami Heron was a great find by Fabrice, as when we boated past, it was up on the bank and only its legs were visible. But when we returned it came down to the river edge to forage. 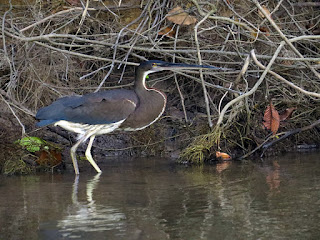 Then this evening it was back to the moth sheet:

But wait – before I could see what had come to the light, word came that a sloth was found! Indeed, just behind one of  the bungalows and only 30 yards from the moth sheet was this Choloepus didactylus, Southern Two-toed Sloth. My first sloth at Cristalino Jungle Lodge! 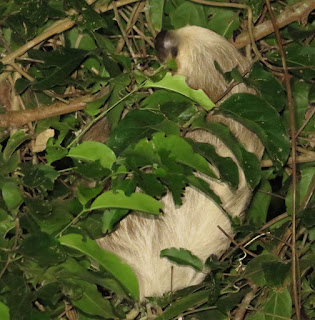 At the moth sheet there was an Adhemarius gannascus sphinx moth, a species I had seen a few times in Costa Rica. 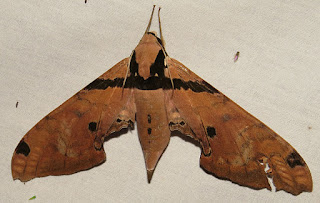 Another species of Eulepidotis (see yesterday’s post), this time the very attractive E. hemura, a new one for me. I always like it when I recognize a genus (the shape, especially those little hind wing tails give it away) but am certain I've never seen the species before. 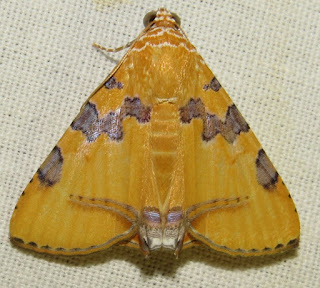 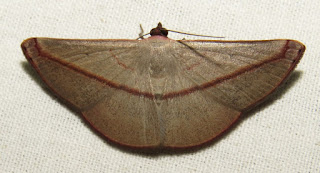 One of the many arctiine moths in the tribe Ctenuchini that mimic wasps; probably a Agerocha sp. 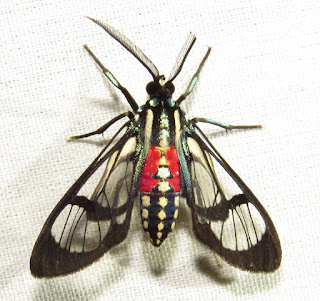 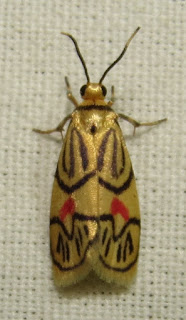 Not just moths: there are many other invertebrates that are attracted to lights. This fulgorid treehopper didn’t look like much with its wings closed, but when I grabbed it, we had quite a surprise. 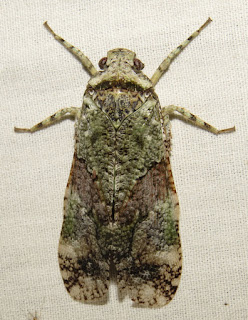 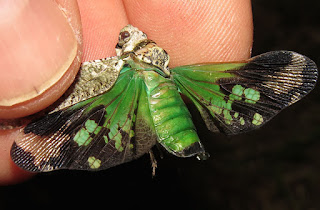 Another kind of hopper is this tiny treehopper in the family Membracidae. Many have very ornate protrusions on their thorax, presumably for camouflage. It was fun checking the moth sheet with my friends Jay and Susan from Portland. Both are biologists, but Susan actually knew what this was before I even took a photo of it. 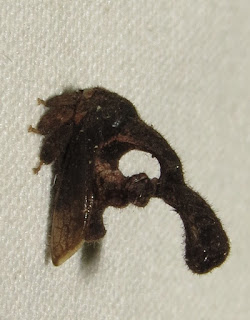 Finally, there was this tiny male damselfly, probably in the genus Acanthagrion. 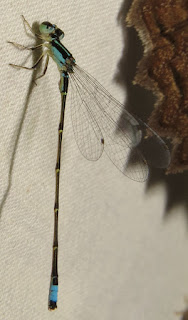