Our punctual flight yesterday arrived in Alta Floresta with great views of the city below. This was one of the first areas of the vast Amazonian rainforest that fell to government incentives to settle in the 1970’s. Intact rainforest is still only a short drive away, fortunately. 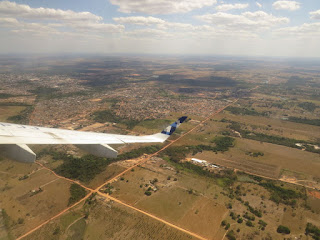 We had an afternoon to bird around the grounds of the Floresta Amazonica Hotel very close to the airport, but the pair of Harpy Eagles that nested in the forest fragment here at least three times since 2005 seem to have moved on. As I did for my last group, I quickly found an antlion larva. Despite its being so abundant and widespread, with nearly everyone familiar with the pitfall traps they make, surprisingly few people have actually seen the actual animal. 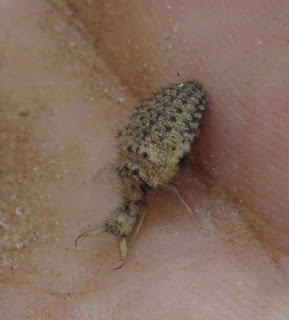 A late evening attempt to bring in a Great Potoo that I heard just before dinner behind the hotel turned in to a short walk down the forest trail to look for scorpions with my scorpion light. Finally, I spotted this tiny thick-tailed scorpion, resembling Tityus silvestris in its speckled appearance, but lacking other field marks and most certainly not that species. 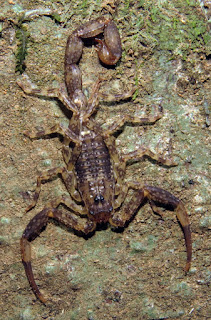 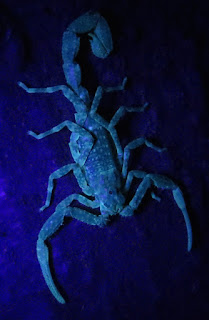 We also saw a Crested Owl and this ctenid spider, related to the highly venomous wandering spiders. 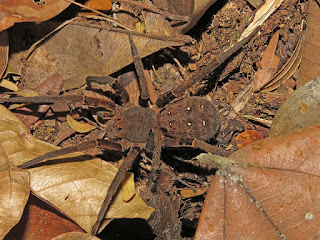 This morning we birded our way to Cristalino Jungle Lodge before lunch, stopping for the Red-bellied Macaw show at the usual buritizal – a grove of Mauritia flexuosa palms on the road north. We then made a couple stops on the road through Cristalino’s forest patch on the west side of the Teles Pires river. One of our first birds was rather a surprise, this Rose-breasted Chat singing just a couple feet above the ground in a thicket of dry weeds and vines right next to the road. I’d only ever seen them in dense, green vine tangles, difficult to see overhead on dark forest trails. 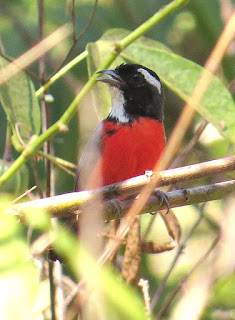 Our last bit of birding before lunch was done from the boat as we crossed to the east side of the Teles Pires River and then up the Cristalino. This Capped Heron posed nicely for photos, unlike on my last tour. 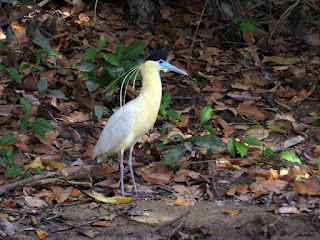 We also had this Gray-necked Wood-Rail, boldly foraging in broad daylight (which they do commonly in the Pantanal, but no so much here). 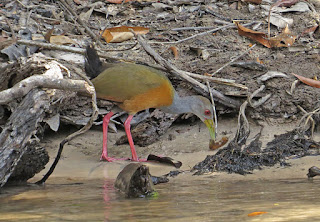 We got lucky with this pair of Lutra longicaudis, Neotropical River Otters, one crunching on a bony armored catfish (plecostomus to pisciculturists). 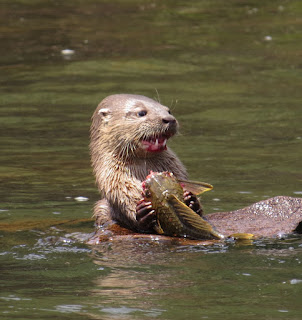 Arriving at the lodge, I was pleased to see that my efforts to maintain a puddle party during the last tour were still effective – Statira, Straight-lined, Apricot, and Orange-barred Sulphurs.

Upon arrival, the head of hospitality gives the group an orientation talk while they enjoy a welcome drink of a local fruit juice. 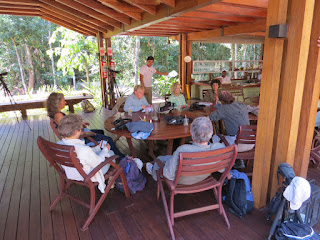 In the afternoon we took a relaxing boat on the river downstream. 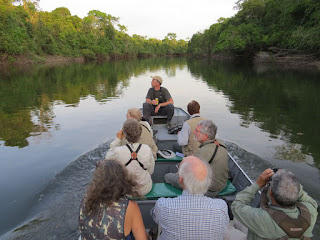 We watched sunset on the Teles Pires before stopping on shore for a very cooperative Tawny-bellied Screech-Owl and heading upstream with spotlights to look for nightlife on the banks of the Cristalino, where we spotted a Great Potoo. 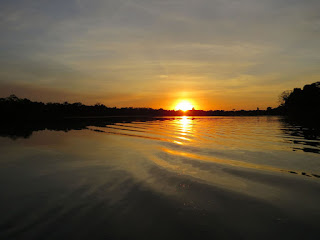 Back at the lodge, all the guests were fascinated with this line of Eciton burchellii, Swarming Army Ants , crossing the trail between the rooms and the common area. We weren’t certain exactly what was going on, why so many of the ants had dedicated themselves to making a barricade on either side of what would normally be a single file line of ants relocating the colony. My guess is that they perceived the well-swept portion of the trail a dangerous crossing of sorts. 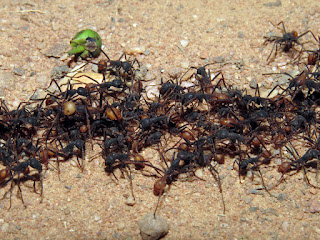 Meanwhile at the moth sheet…

I had written the lodge management about the possibility of putting up a moth sheet in a better location (open to the sky on one side rather than deep in the forest on a trail), and using a brighter light with shorter wavelengths, rather than the dim fluorescent bulb they had earlier in the month. As it turns out, Edson Endrigo had arrived with a group he was guiding with exactly such a light, and with my suggestion they relocated the sheet at the edge of the clearing with the majority of the guest rooms. It worked like a charm, and there were as many moths tonight as there were during my entire week earlier in the month. 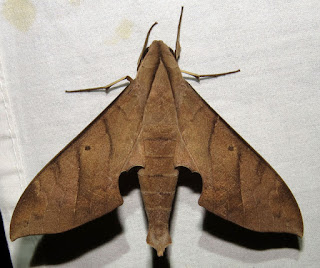 This is a Megalopyge sp., one of those flannel moths with caterpillars you shouldn’t touch. 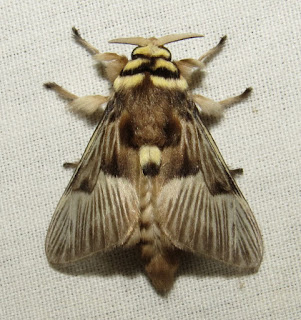 I’d like to think that some day there will be a field guide to all these pretty little pyraloid moths. 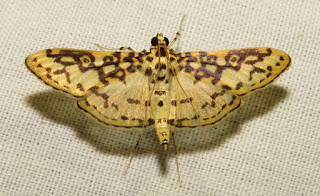 There are a lot more photos available online of arctiine moths, so this one I was able to identify as Trichromia atta. 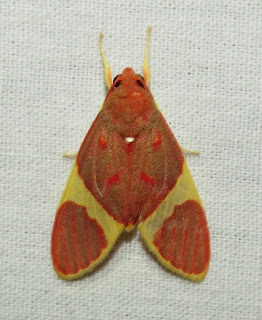 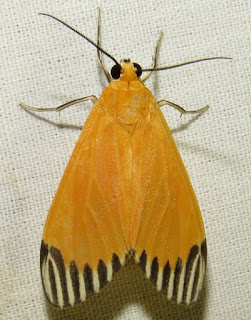 This one I recognized as an Acraga sp., family Dalceridae. The caterpillars of these are rarely seen jewels, looking like colorful collections of transparent glass beads. 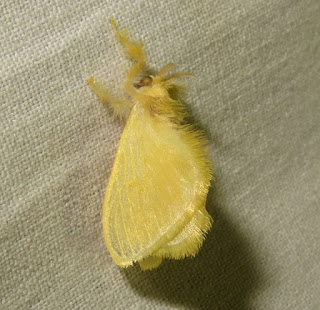