We started this morning with a relaxed vigil on the floating deck to see what early morning bird activity we might have missed by leaving early each morning. 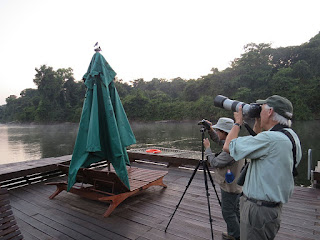 This pair of Gray-breasted Martins appeared to be hoping to nest in the deck structure – or perhaps in one of the parasols. 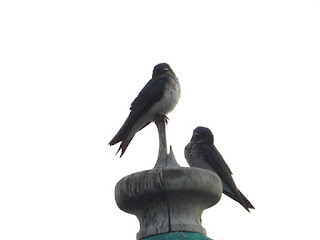 Other birds we had been missing but saw this morning were Cinnamon Attila, Glossy Antshrike, Amazonian Streaked-Antwren, and this Rufous-tailed Jacamar right by the steps. 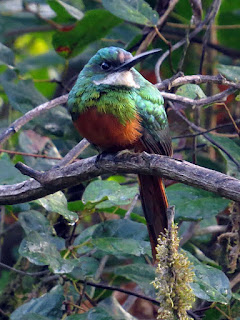 We then boated upriver slowly, stopping for several birds as well as for this roost of Rhynchonycteris naso, Proboscis Bats. 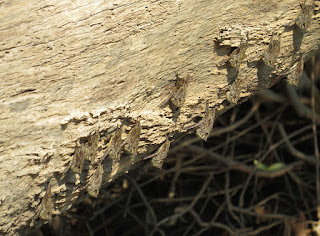 We had seen several Physocalymma scaberrimum trees (in the family Lythraceae and closely related to crape myrtle) at Chapada dos Guimarães, so it was interesting to see one above the banks of the river only on the slopes of one of the major granite hills. With their lack of water-retaining soils, these granite hills (serras) harbor many species from farther south and east that are better adapted to a more pronounced dry season. 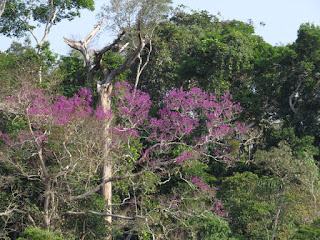 The main highlight on the Castanheira trail is the huge Brazil Nut tree (thought to be anywhere from 500 to 1000 years old), but we also had a great encounter with White-lipped Peccaries, as well as a nest with chicks probably belonging to a Red-billed Pied Tanager. 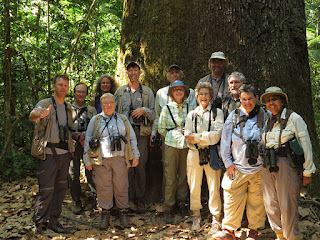 Back at the boat a small puddle party had formed where I had peed before we set down the trail. This is a Battus lycidas, Yellow-trailed Swallowtail. 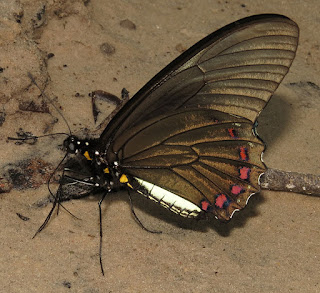 The upper right of these skippers is a Jemadia hospita, while the other is almost certainly a Jemadia sp., but doesn’t match any species I could find. 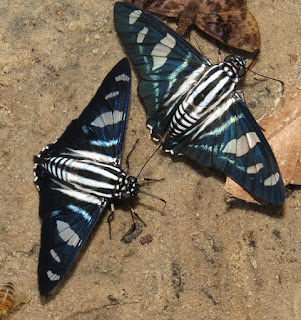 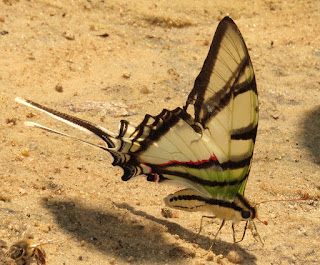 And on some flowers by the walkway to the floating dock was this gorgeous Rhetus periander, Periander Metalmark. 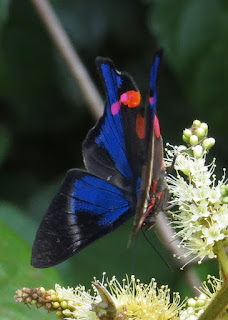 During our afternoon break I took a quick look at the tent-making bats in the Phenakospermum and found that one was cradling a baby. I’m guessing at night she must make her feeding forays to fruiting trees while the baby clings tightly to her breast. 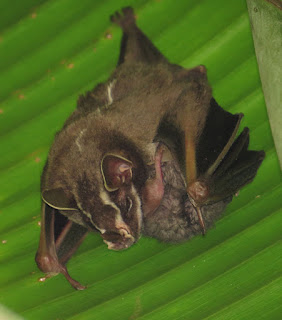 This old but still very decorative wasp nest was on one of the local staff buildings. 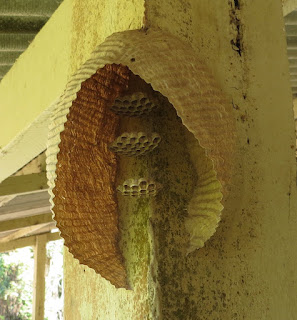 I also took a moment to check out one of the new bungalows, and they are very spacious and elegant. 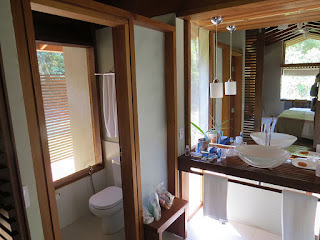 Here’s just a tiny sample from this evening’s visit to the moth sheet:

I still don’t have even a genus for this beautiful arctiine (tiger) moth. 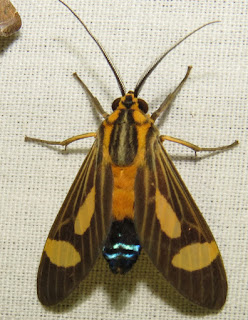 Another Nodozana species, as the above, also a tiger moth (but a different tribe). 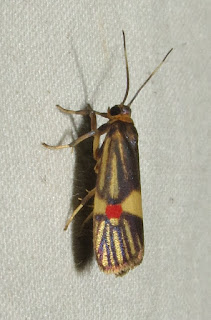 Sosxetra grata, Walker’s Moth. This appears to be a rather variable species, and few have such a large pink wing patch; most lack any pink at all. 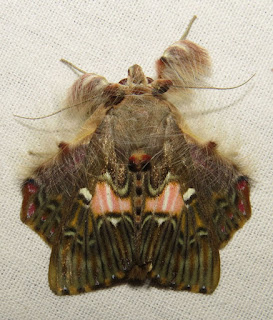 The most exciting find at the sheet was this Macrosoma cf. heliconiaria, a moth-butterfly. Certain parts of its anatomy and the shape of the eggs suggested that this family might be more closely related to butterflies, but the nocturnal habit and soft, feathered antennae kept lepidopterists from classifying them as such until genetic data recently confirmed that they are indeed butterflies.

Posted by Birdernaturalist at 8:55 AM