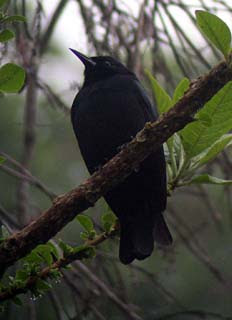 It's been a while since I wrote anything here. I've been on four trips and have compiled quite an assortment of photos. I thought it would be best if I limited it to just one photo per trip or outing. But that idea fell apart when I started going through all the memories.

Starting at the beginning, in mid-April I led my 9th and 10th tours to Jamaica. The first was my regularly scheduled WINGS tour, the second a private tour of just 3 days. (Amazingly, on the second tour we saw all 27 endemic species in just over 12 hours!) This Jamaican Blackbird is one of the tougher endemics, and it ended up being the only one the tour saw. 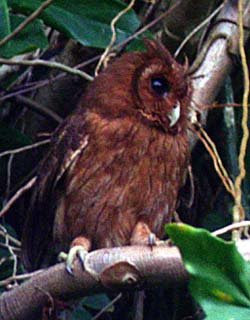 Difficult if only for its nocturnal habits, the Jamaican Owl is actually quite widespread and tolerant of some habitat fragmentation. This one responded to iPod well before dark and landed out in the open during the private tour.


After Jamaica I did something rather different. I traveled to Jackson Mississippi where I was met by the parents of my friend Mich Coker. They own a farm which includes a lake, forest and pasture adjacent to very large properties of even more forest, some of it swampy, some hilly, and some pasture as well. Mich had kept a tally of all the birds and animals he had seen on the farm during his visits, but they were all curious what sorts of things I could find there during the peak of migration. So for 6 days I was their guest and roamed the area trying to identify every bird, animal, butterfly dragonfly, lizard, snake and whatever else I found. 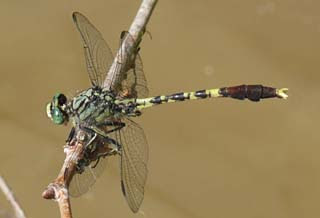 Besides finding several nice migrant birds (such as Gray-cheeked Thrush, Lincoln's Sparrow and Bay-breasted Warbler) and probable breeding Painted Buntings, one of the coolest things was finding 11 new county records for dragonflies and damselflies. This one here is a Bayou Clubtail.

I was home from Jamaica only a short time before I left for Oregon. I went a week before my tour was to start in order to visit friends and family...and to go birding. In fact, one of the highlights of the week was doing a Big Day (a 24-hour birding challenge to see as many species as possible) with my friends Tim Janzen, Hendrik Herlyn, and Jay Withgott. We got 204 species, well short of the state record of 219, partly because we were experiencing a record-breaking heat wave, and by 2:00 p.m. birds were silent. We still had great fun. Here are the guys running back to the car in order to keep to our tight schedule. 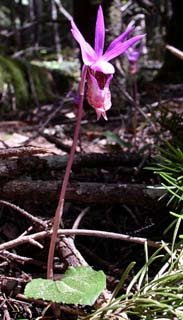 On the way back home, we tried again for the stupid Spotted Owl that still wasn't calling and I snapped this Fairy Slipper, Calypso bulbosa photo. 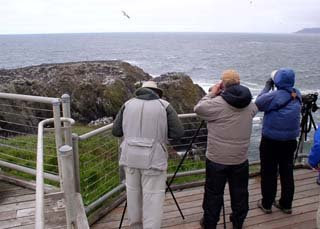 My Oregon in Spring tour was a great one. Even though we were beset by cold, damp weather for much of the latter half of the tour, it affected our birding only one morning when we had to give up looking for Green-tailed Towhee and Fox Sparrow (but not before seeing Lewis's Woodpecker). Here are a smattering of photos from that tour. Here's the group at Yaquina Head. 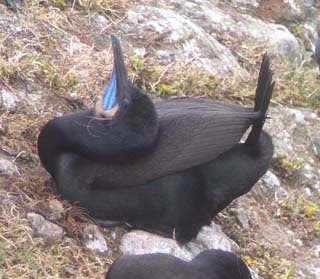 Just in front of us here were breeding Brandt's Cormorants, this one displaying.

The wildflowers were spectacular. This is Pacific Trillium, Trillium ovatum. 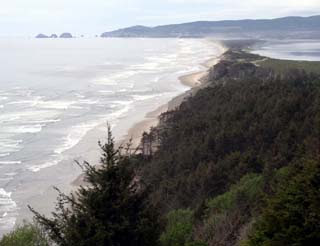 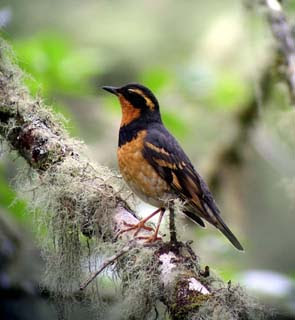 A very cooperative Varied Thrush at Cape Lookout. It was too dark to get good digiscoped shots, but I got lucky and snapped this one between jitters. 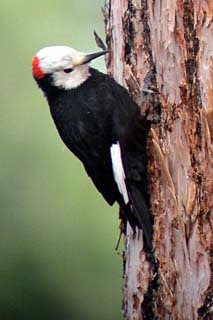 East of the Cascades we saw White-headed Woodpecker. 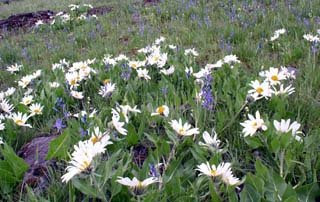 We stopped to take pictures of lots of wildflowers. These are White Mule-ears, Wyethia helianthoides and Small Camas, Camassia quamash. 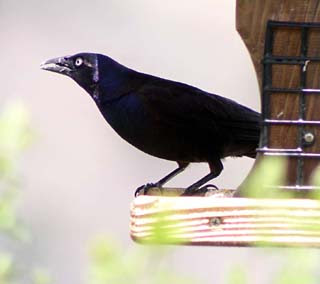 One of the vagrants present this weekend at Malheur National Wildlife Refuge was this male Common Grackle that our group found at the feeders in Frenchglen. There was also a female Hooded Warbler at HQ and a Black-and-white Warbler at Fields. 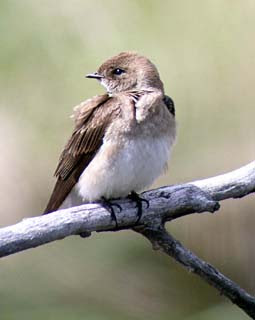 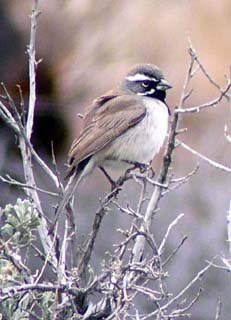 ...and this a Black-throated Sparrow, a consolation prize when we did not find Chukar where we expected (we did get it later in the tour). 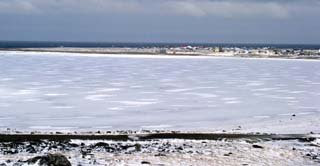 Immediately after my Oregon tour ended, I flew to Anchorage, Alaska for my next job. I wasn't leading a tour this time however. Instead I was in charge of cooking for the WINGS tour to Gambell. For a group of 23 people total for 6 1/2 days, I had to design the menu, do the shopping and cook all the food. I actually started in Feburary with the menu. Then in April I did a bunch of shopping for non-perishable foods and mailed it all in boxes. I had a lot of help from Gavin doing this. Then once in Anchorage Gavin and I (with some help from Jon, one of the guides) did all the shopping for perishable food, packed it all up in boxes and coolers, and took it all to Gambell with us. This involved an Alaska Airlines flight from Anchorage to Nome with all 18 participans, some of whom claimed the boxes or coolers as part of their checked luggage. Then in Nome, we had to transfer everything to the Bering Air building, weigh it all, and see that it all got on the plane to Gambell, a 50 minute flight to the SW. Google it. This photo is from the road that goes south along the east side of Troutman Lake. The lake is still frozen, Gambell the town is on the gravel spit between the lake and the Bering Sea. Were it clear, you would be able to see the mountains of Russia less then 50 miles away. 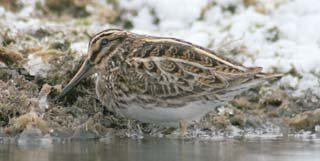 I actually got to do some birding, but I didn't see nearly as many species as the tour group did. But I did get to see the star of the week (or perhaps even the decade), this Jack Snipe. There are only seven previous records for North America, and six of those are specimens that no birder ever saw. The other was seen by only seven people on St. Paul Island about 5 years ago. This one was seen by 30 people on June 4, and apparently by a bunch more on June 7. This photo was taken by Gavin Bieber, my able assistant cook. 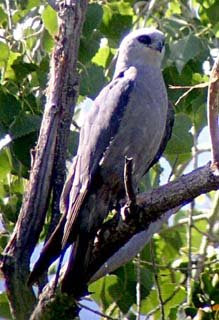 Back home in Arizona I set to getting post-tour materials done as well as tending to household chores (such as reviving my nearly dead Gardenia). I've gotten out a couple times, once on a private tour I led for a couple from the Phoenix area to Dudleyville, Winkleman, and areas north. This Mississippi Kite was one of our target birds. Not seen perched very often, this one was near its nest. 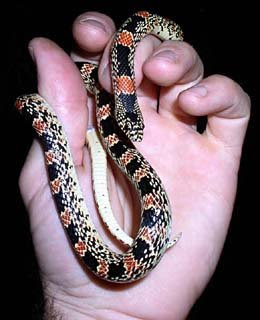 Then last week I rode with Gavin and Mich to look for herps on the roads of Pinal County. We found far too many dead or soon-to-be-dead Gopher Snakes and a Mojave Rattlesnake, but by walking the desert flats we found two Long-nosed Snakes. This was such a beautiful animal.

Posted by Birdernaturalist at 7:21 PM 2 comments: